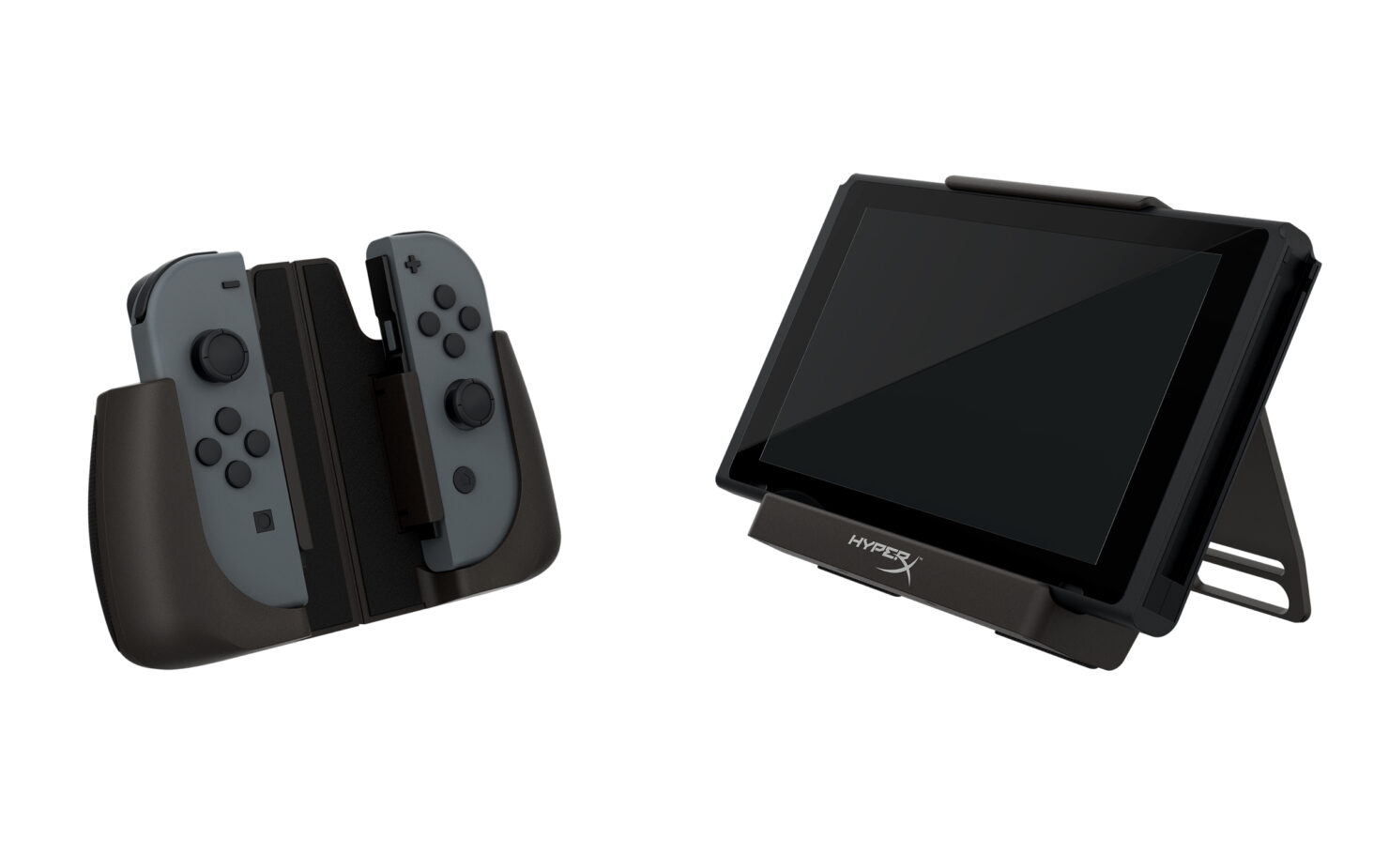 If you're like me and haven't upgraded from Nintendo's first variation of the Nintendo Switch, you might be finding the battery life to be somewhat lacking. At it's best, a player could squeeze somewhere between 2.5 to 6.5 hours from a full charge. When you're on the road or don't have an outlet on hand, getting that critical battery warning during a match of Super Smash Bros can ruin the trip. So, why not extend your battery life with a comfortable solution like the HyperX ChargePlay Clutch?

For players that want to take advantage of the Switch's wireless joycons, the ChargePlay Clutch operates as a stable base for play in tabletop mode while the controller holders can be detached and either serve as a thicker grip for the joycons or snapped together to become a full-sized controller shell. As much as I like the joycons, their smaller size make it uncomfortable to grip for a long period of time. Having a thicker grip that contours to the curves of my palm is one of the best ways to game comfortably on the go.

If you're more of a mobile gamer and want something to keep your Call of Duty Mobile winstreak going, HyperX is offering a similar ChargePlay Clutch for your mobile phone. Not only does it feature a similar set of rubber-textured controller grips, the ChargePlay Clutch also features Qi wireless charging via the removable 3000mAh battery pack that can double as a USB power bank for any other device you're carrying on hand. Even with the battery attached, I didn't notice a major change to the weight that would make my phone uncomfortable to hold upright for extended periods of time.