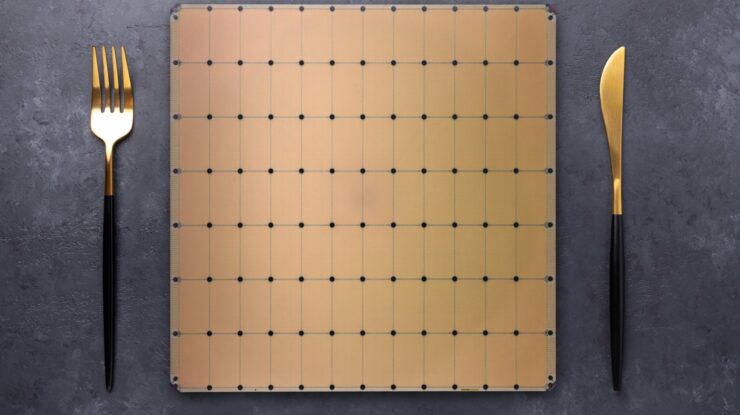 Cerebras Systems has unveiled the largest AI chip based on the 7nm process node, the Wafer Scale Engine 2. Succeding the first generation WSE, the WSE2 is a singular monolithic chip that features a range of new features including the largest transistor count & most number of cores ever featured on a chip.

The Cerberas Wafer Scale Engine 2 has two parts, the first is the chip itself and the second is the CS-2 system which it will actually be featured within. We will with the chip itself which has insane numbers to go by. For starters, the WSE-2 is the largest AI chip ever made. It is based on TSMC's 7nm process node and has a 100% yield rate which is quite impressive. For one, if you are using the entire wafer as a die, you are either going to get 100% yield if the design can absorb defects or 0% if it cannot. 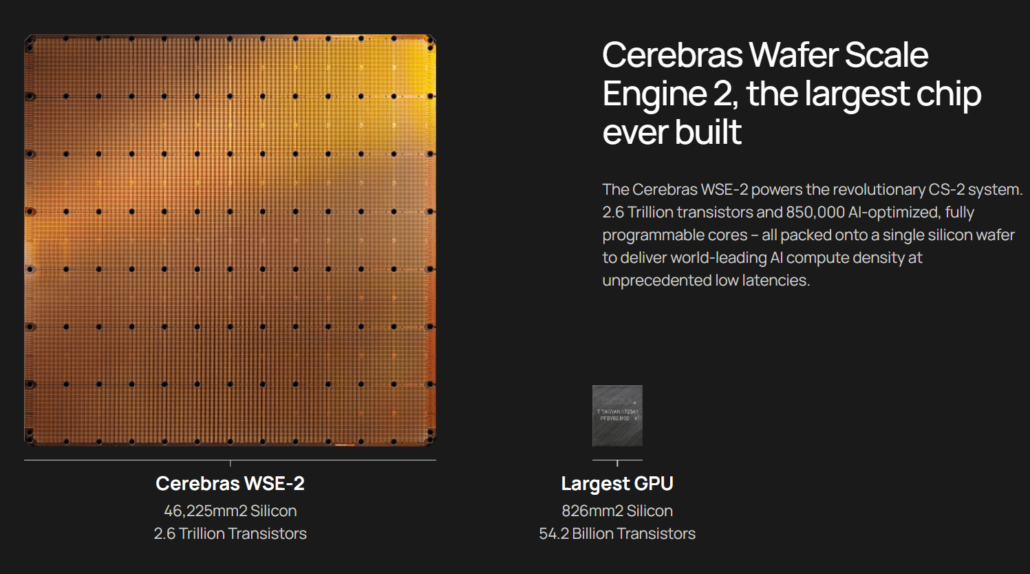 The Cerebras Wafer Scale Engine chip is compared next to NVIDIA's A100 AI GPU.

Coming to the technical details, the Cerebras WSE-2 measures at 46,225mm2 which is 56 times larger than the largest GPU ever made, the NVIDIA Ampere A100. The chip features almost one million cores (850,000 to be precise), a 123x increase over the Ampere A100, 40 GB of on-chip memory (SRAM) vs 40 MB on the Ampere A100, 20 Petabytes per second of memory bandwidth and 220 Petabits per second interconnect fabric (2D Mesh) bandwidth.

As for the cores on the Cerebras WSE-2, they are AI-optimized Sparse Linear Algebra Compute (SLAC) cores and are fine-tuned towards AI processing. Compared to the previous generation (Cerebras WSE-1), Cerebras's WSE-2 offers a 2.16x increase in transistor density and features more than twice the number of cores. 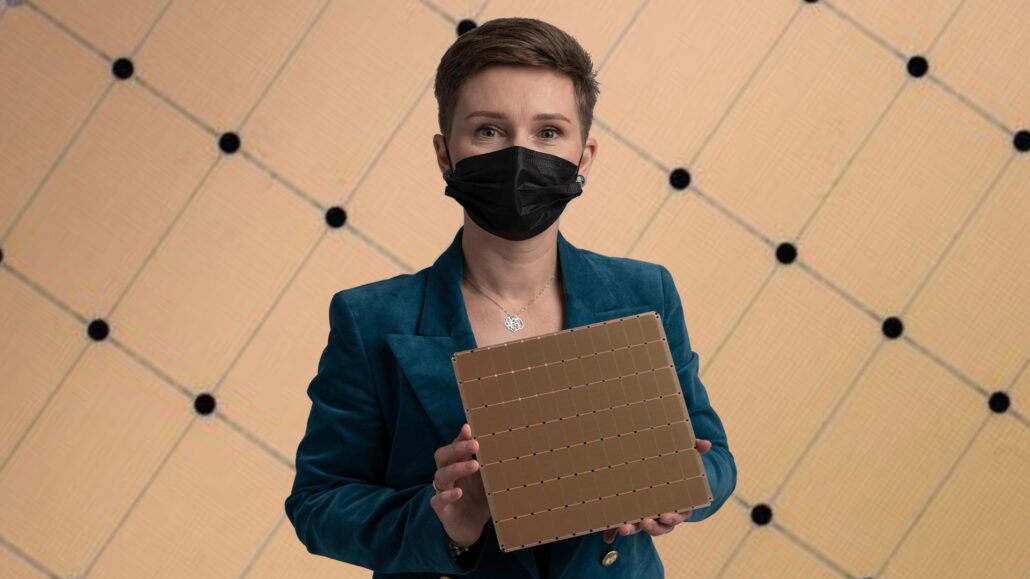 The WSE-2 will power the Cerebras CS-2, the company’s AI computer, which more than doubles the performance of Cerebras’ first-generation CS-1. Manufactured by Taiwan Semiconductor Manufacturing Company (TSMC) on its 7nm-node, the WSE-2 more than doubles all performance characteristics on the chip – the transistor count, core count, memory, memory bandwidth and fabric bandwidth – over the first generation WSE.

"TSMC has long partnered with the industry innovators to manufacture advanced processors with leading performance. We are pleased with the result of our continuous collaboration with Cerebras Systems in manufacturing the Cerebras WSE-2 on our 7nm process, another extraordinary accomplishment and milestone for wafer scale development after the introduction of the Cerebras 16nm WSE less than two years ago." 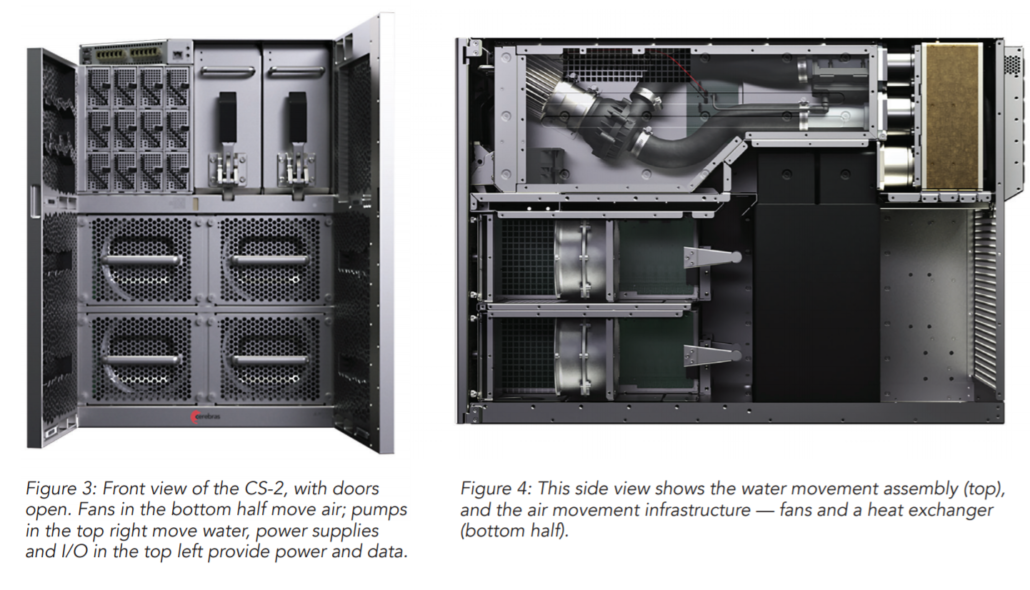 Moving over to the Cerebras WSE-2 powered CS-2 system, we are looking at a system that is 26" tall and composed of 15 rack units (15U). The system features 12 100GbE lanes, a custom water-cooled solution through a closed-loop setup, and twelve standard PSUs in a 9+3 redundant configuration that delivers up to 23,000 Watts of power to the CS-2 system. Some words from Cerebras on their cooling solution:

To provide the cooling horsepower the WSE-2 needs while keeping datacenter integration simple, the CS-2 is internally water-cooled. Water circulates through a closed-loop, fully self-contained within the system. Like a giant gaming PC, the CS-2 uses water to cool the WSE-2, and then air to cool the water.

Currently, there's no word on pricing for either the Cerberas CS-2 or the WSE-2 but the first generation Wafer Scale Engine had a price tag of around $2 million US.