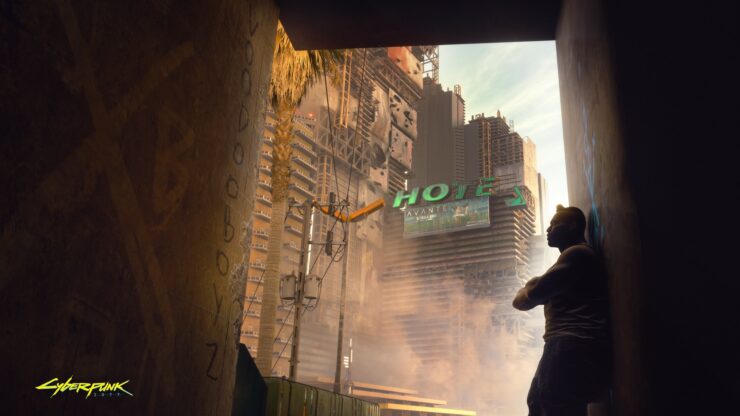 Earlier this week, it's been revealed that CD Projekt RED is working on three Cyberpunk 2077 projects, including the game releasing on PC and consoles this year. It seems like, however, this isn't really the case.

We currently have a total of five teams working on a number of projects, with three focusing on the development of Cyberpunk 2077. These include CD Projekt Red Warsaw and Kraków, who are handling the main game, as well as the Wrocław studio, where around 40 industry specialists are engaged in technology R&D. A separate, dedicated team at the Warsaw studio is handling the development of Gwent. The final team is Spokko, which is currently working on a yet unannounced mobile project.

With CDPR having revealed that another big AAA RPG is getting released by 2021, it seems like at this point that it will not be a game related to Cyberpunk 2077.

Cyberpunk 2077 is being developed for current gen consoles, but there's the chance that it may get released on PlayStation 5 and Xbox Scarlett later on.

Of course we are looking at what is happening in the games industry because we are part of it, and we need to always look forward. But at the same time, we are a studio that really focuses on the work we’re doing now. So our full attention is on current-gen consoles and PC. Who knows? When the time comes for it, maybe [we’ll support next-gen consoles]. But until Cyberpunk 2077 launches in April 2020, we have a thing to do. And as far as what I have heard, the next-gen consoles … Xbox just announced holiday 2020. So it’s not really a concern for us now because it comes way after where we want to release our game.

Cyberpunk 2077 launches on PC, PlayStation 4 and Xbox One on April 16th. We will keep you updated on the game as soon as more come in on it, so stay tuned for all the latest news.