The latest video game consoles by Sony and Microsoft offer amplified hardware power over the previous generation of consoles. The potential of PlayStation 4 and Xbox One is being utilized by video game developers to make games that run at comparatively higher resolutions and frame rates. While both the latest consoles display clearly boosted visuals, Xbox One falls slightly behind PlayStation 4 in video games graphics and fps optimization. 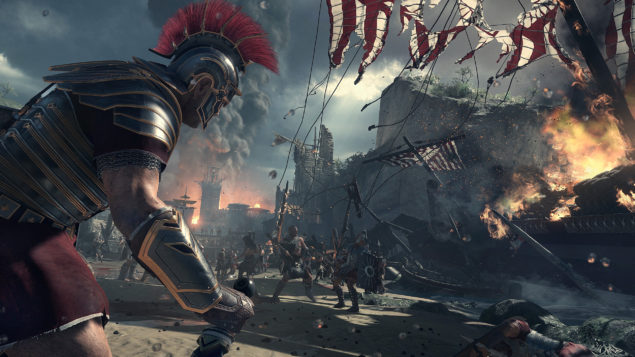 The embedded memory within the Microsoft's Latest console known as Xbox One eSRAM is considered to be highly capable of boosting data throughput and increasing console's bandwidth limit. Microsoft claims Xbox One eSRAM is beneficial for developers to reach 1080p/60FPS and its positioning makes it an asset. However, on the other hand, Xbox One eSRAM failed to cheer up many developers.

Germany based video game developer Crytek is responsible for Xbox One exclusive title called Ryse: Son of Rome, which is one of the most visually impressive next-gen video games. Obviously having developed Ryse: Son of Rome, Crytek has plenty of experience and know-how about Microsoft's latest console and the hardware it packs.

Recently, GamingBolt published a snippet of their interview with Crytek's US Engine Business Development Manager Sean Tracy. Talking about utilization of CryEngine with tiled textures, Tracy talked about the role of Xbox One eSRAM in saving 'big' bandwidths, and shared a secret method that the Ryse development used to unlock Xbox One eSRAM's full potential. He said:

“CryEngine has a unique and novel solution for this and was shipped with Ryse. One of the problems when using Deferred Shading is that it’s very heavy on bandwidth usage/memory traffic. This gets exponentially worse as overlapping lights cause considerable amounts of redundant read and write operations. In Ryse our graphics engineers created a system called tiled shading to take advantage of the Xbox One.”

“This splits the screen into tiles and generates a list of all the lights effective each title using a compute shader. It then cull’s light by min/max extents of the tile. We then loop over the light list for each tile and apply shading."

This technique helped the developer a lot in optimizing Ryse: Son of Rome on Xbox One as it resulted into high bandwidth gains and allowed the development team to use just a single compute shader for lighting and culling.

“In practice this made for the biggest bandwidth save we could have hoped for, as just reading the Gbuffer once and writing shading results once at the end for each pixel. Only a single compute shader was used in Ryse for light culling and executing entire lighting and shading pipelines (with some small exceptions for complex surfaces like skin and hair).”

Do you think video game developers can learn from Ryse: Son of Rome developer Crytek to use Xbox One eSRAM? Share your thoughts in the comments section below.