Update: According to a video online, Street Fighter 5 will only be releasing on PS4 and PC exclusively. The video was then set to private viewing.

Story: The controversy starts again with yet another console exclusive game between the major Xbox One and PS4 markets. A Video appeared on Youtube earlier today which advertised Street Fighter 5 and in the end concluded with a short logo of the game which read "exclusively on PS4 and PC". A user on NeoGaf forums posted a link for the video and started a thread. The Video can be found here. 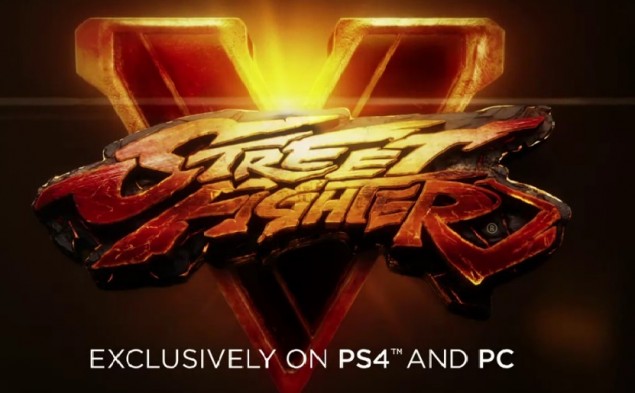 It is still unclear weather the video was an official release from Capcom or it was a leak/rumor. The video on Youtube was set to private and it seems like it might have been set public before time. But it is going to bring a lot of debate to the table and may just be the spark of another console war.

The problematic part here is that the word exclusive can have several meanings in the gaming world, as it may just be that the game is exclusive for a PS4 fro now and will show up on the Xbox One later but according to the video it doesn't feel so.

Remember, The PlayStation Experience event starts officially this Saturday and the executive producer of Street Fighter, Yoshinori Ono tweeted this morning that he had just arrived in Las Vegas for the PlayStation's event and since this event features many new game releases, it looks like one has already been revealed by 'mistake'. While Capcom has not yet officially commented on the game release, Katsuhiro Harada was quick to tweet "Oops" just after the trailer was set public. Then later he covered it up by linking the  tweet to a july leak of Tekken 7 after commenting several times that his "oops" meant nothing.

The video for Street Fighter V portrayed the motto of 'Rising up' by following your passion and breaking out of the box. More is expected to be revealed on the upcoming PlayStation Experience event.