The company confirmed its plans in their presentation for the previous Fiscal Year, where it's also been confirmed that Monster Hunter World surpassed the 8 million units sales last month. The publisher hopes to continue selling the game thanks to the continued support of the PlayStation 4 and Xbox One versions and the release of the PC one, which will launch later this year. 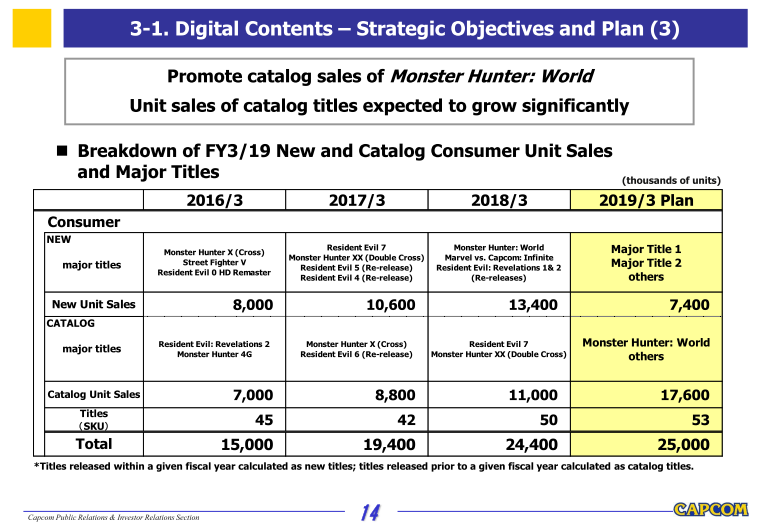 No information is currently available on the two major titles releasing next year, but the publisher provided some very small hints. According to the presentation, Capcom is focusing on releasing titles for major IPs as well as for dormant IPs and remakes. Everything considered, there's a good chance that one of the two major titles will be the Resident Evil 2 remake, which has yet to be shown, and the other the game currently in development by Hideaki Itsuno, director of the Devil May Cry and Dragon's Dogma series.

With the E3 right around the corner, it won't take long to learn more about these titles, and we will keep you updated on them as soon as possible so stay tuned to Wccftech for all the latest news.