Edit: End of article title changed from "Come Good" to "Drive a Record Year" to clarify the meaning.

Earlier this week Capcom (TYO:9697) released their financial results with the presentation of these results also being released today. The trend for the year was set early, with the Q1 being record-breaking in itself.  Indeed, both Q2/H1 and Q3 also broke records for the company. It's understandable, then, that with the company continually breaking personal records throughout the year, the year as a whole would be the same. It has been and it's been driven by a fantastic lineup of software from the publisher.

Street Fighter 6 Has Just Been Rated in Asia

Total sales across the year came to ¥100.03 billion, with profits of ¥37.2bn. This was driven by the success of huge titles like Monster Hunter: World, which continued to sell strongly after becoming a hit in the previous year. During this financial year alone the game sold over 40% of its current 12 million copies sold. This was expanded upon with the release of Devil May Cry 5 and the remake of Resident Evil 2, both titles were very well received both critically and commercially.

This year saw Capcom sell through 25.3 million copies of different games, with particular note being given to the previously mentioned major titles of Monster Hunter: World, Resident Evil 2 and Devil May Cry 5. Specifically, Capcom has revealed that Resident Evil 2 shipped 4 million units with Devil May Cry 5 shipping 2 million.

However, these are not the only titles that have performed well. The company has highlighted strong sales of Monster Hunter Generations Ultimate, released outside of Japan, as well as Mega Man 11 and Street Fighter 30th Anniversary Collection. In addition to this, sales of legacy titles like Resident Evil 7 have also remained strong.

The publisher looks to be pushing the strength of some of these titles, in particular, Monster Hunter: World which will have the Iceborne expansion releasing later this year. Considering the immense popularity of the game, the expansion is likely to perform very well for the company. Strangely, the company has no plans to extend content for Devil May Cry 5. One way Capcom looks to truly expand is through the leveraging of a successful brand, with Monster Hunter taken as an example, they have increased visibility, revenue and profits through the release of a mobile title, a Pachislot machine as well as other means. 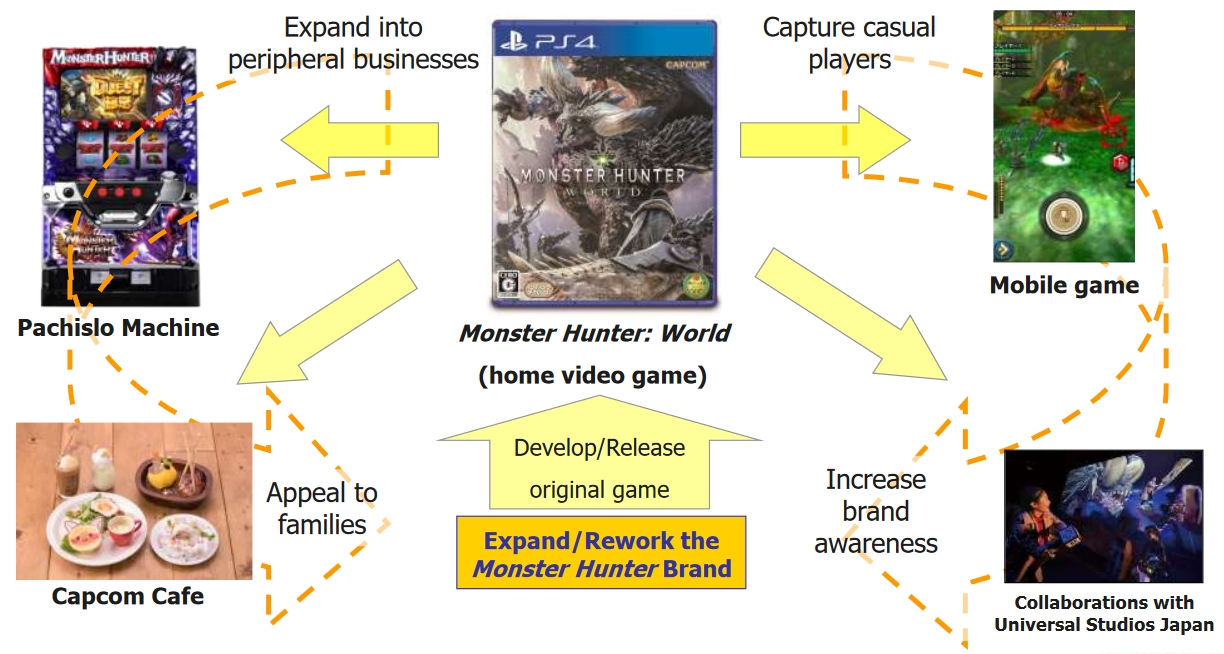 One seeming constant for the large game publishers in Japan is their presence in the Pachinko and Pachislot market, a market that has been notoriously difficult in recent years as a result of regulations. This is an area where Capcom seems to still be struggling, unlike Sega (TYO:6460) which seems to have started recovering towards the end of the year. Capcom saw sales of amusement equipment fall by over 50%, from ¥7.8bn to just ¥3.4bn. Profits, or losses to be more accurate, equally slumped from last years loss of ¥764m to this years ¥2.6bn.

There are plans afoot to slowly regrow back into this industry by the company, with them stating:

The Company intends to overcome this current impasse by rebuilding the business and putting it on a recovery track with organizational reforms, developing products better suited to user tastes, enhancing the product lineup through business alliances, as well as by revising the business mix to better respond to external changes.

Capcom has fared better in the operation of amusement arcades, an area that remains stable. Sales grew by ¥800m to ¥11bn, with profits of ¥1.09bn. Same-store sales increased by 2%, with an increase in stores to 37 as two were opened with one closing. For the current year, the outlook is mixed, with sales growing by ¥200m but profits falling by ¥300m. However, this is as a result of a planned five stores opening, causing same-store sales to fall by 4%.

The increase in stores will, however, place the company in a stronger position for later years, allowing for a stronger base to expand from. These stores are planned to be released in large shopping areas, with a known high footfall, giving the stores a larger potential to draw in customers. In addition to this, the company has plans to expand the audience further, saying:

The Company will also make efforts to reach a wide range of users and secure stable revenues each year by capturing young core users through prize merchandiser games, photosticker machines (photo booths) and medal games that offer experiences that cannot be found in home video games or on smart phones; this, in addition to capturing new users by conducting free gaming experience tours for middle-aged and elderly customers and establishing kids’ corners for young children, among other activities.

Capcom also runs speciality cafe's and speciality merchandise stores which contribute to this area, with plans to expand on them further.

High Expectations from a Shrouded Future

Capcom is a fairly strange company when it comes to revealing what they are actually working on. Why? They generally don't, not until it's very close to the time. During the H1 results, I made a statement, which I reiterated during the Q3 results, and that statement remains true now:

At this moment in time, Capcom has zero announced games in development for next year. Naturally, this will change and it’s highly likely the company will announce and release remakes, remasters and anniversary editions of their older catalogue within this period of time.

The concern comes from a lack of any major new titles. What this means has yet to be seen. Capcom is a company that has always naturally kept their cards close to their chest, often announcing even major games under a year before release.

Despite the lack of any announcement, Capcom is predicting a strong year and the eighth year of growth in income, though this will be on the back of a reduction in net sales. Over the current year, net sales in video games are expected to sell from ¥82.9bn to ¥66.8bn. Income, however, is expected to rise from ¥23.3bn to ¥24.3bn, likely expected to be driven by higher profit margin items like legacy sales and expansions for titles like Monster Hunter: World. 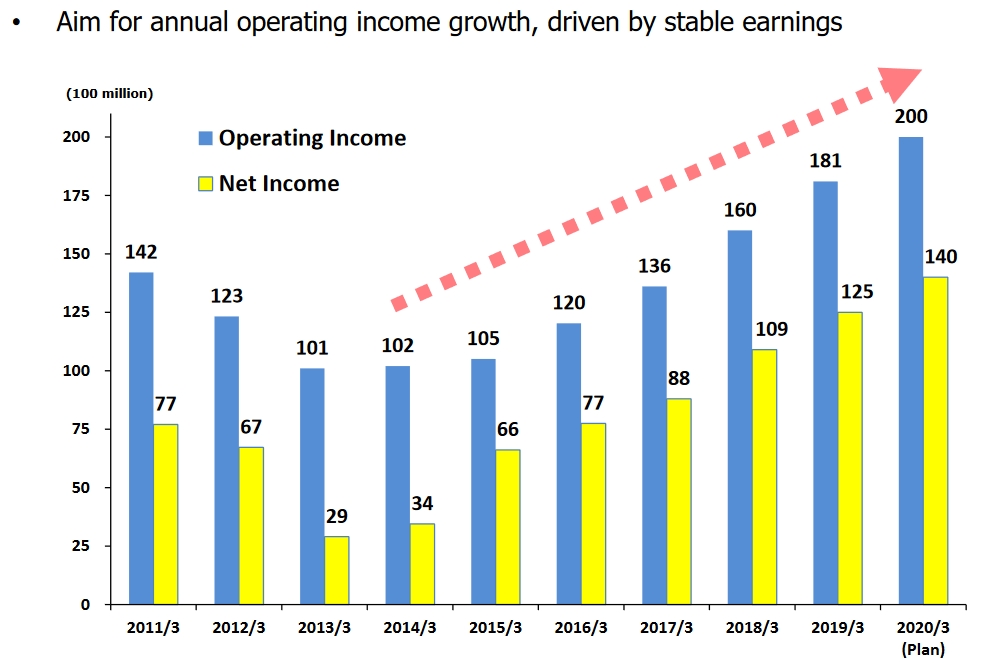 Also in games, Capcom also looks to further expand their 'others' area, which includes the licensing of IP's as well as what they are calling an aggressive push into eSports. After starting the Street Fighter Pro-US and Pro-JP leagues, the company is looking to create a number of street fighter leagues, aiming to push Street Fighter as a global eSports title for both amateurs and pros.

How successful the company will be at reaching their targets this year is difficult to predict, primarily due to the lack of information on upcoming releases. One thing is certain, should they not release any large titles they are likely to miss the targets, particularly with the drain of the struggling Amusement Equipment (Pachinko) area.