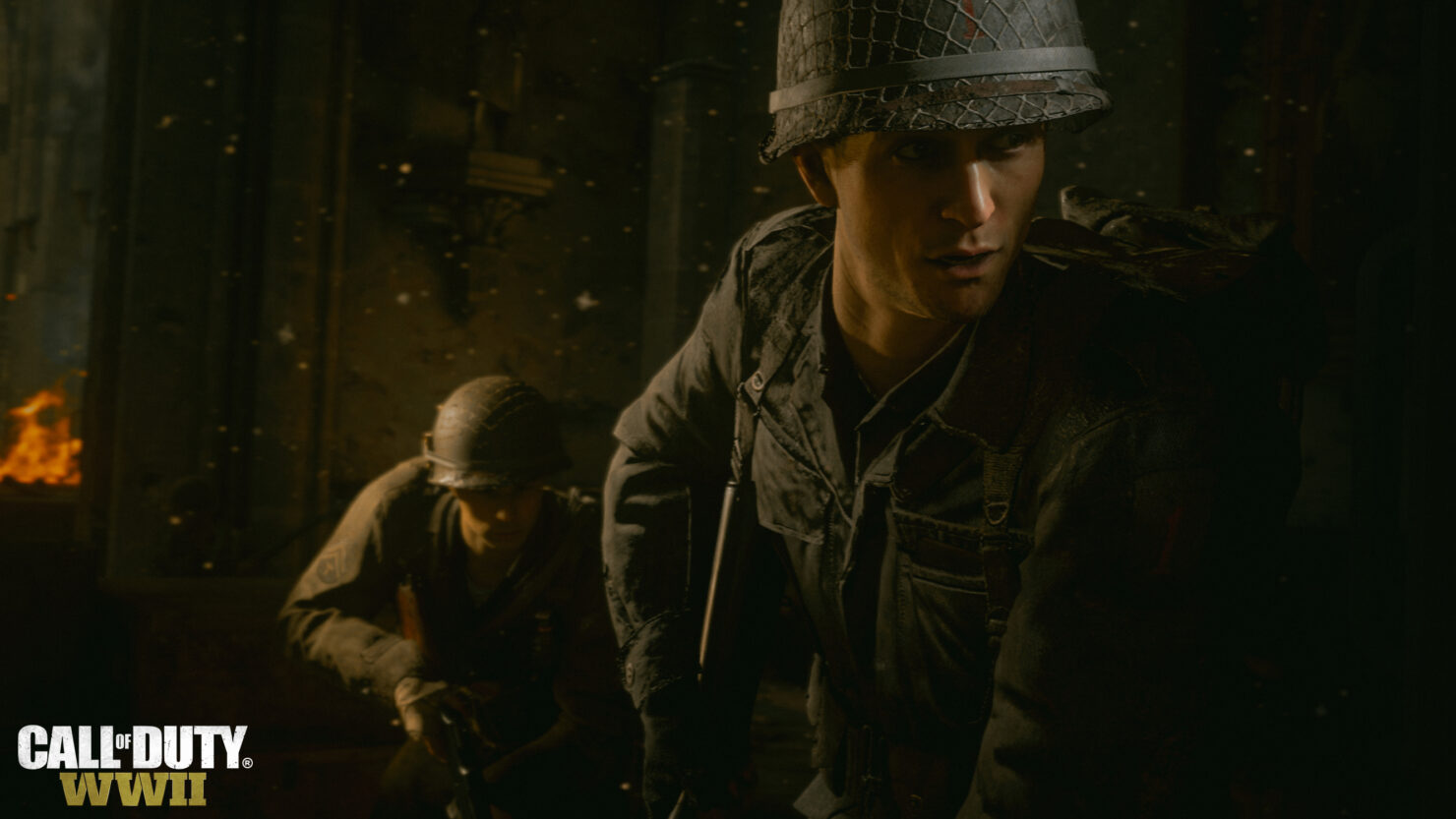 In a private closed doors session with Sledgehammer Games, Wccftech had a sneak peek into the campaign and multiplayer for the upcoming Call of Duty: WWII. CoD: WWII’s campaign demonstration certainly held nothing back when it came to invoking that raw, primal nature of warfare in the 1940’s. Although the campaign mission was demonstrated in a hands-off approach, the fifteen-minute segment was great for showing off the new gameplay systems and mechanics that separate WWII from its more futuristic brethren.

By changing the theater of war to a setting that’s been underutilized in the past ten years, Sledgehammer Games are driven to taking the series back to its roots and putting boots back on the ground. Jetpacks and laser rifles weren't really available in that era and are instead replaced by parachutes and hardened steel. Even regenerating health, a common feature of the CoD formula, has been replaced (in the campaign only) with consumable med packs that give a limited buffer against the threat of sudden death.

To get a brief hands-on experience, Sledgehammer Games introduced our group to a small closed doors session and offered us seats on a set of PlayStation 4 Pro consoles for a pair of matches (Team Deathmatch and one round of the new War Mode). Developers were on hand to answer any questions that came up, but for that half hour session, everyone's’ eyes and ears were fixed solely on the action.

The weapon handling in Call of Duty: WWII is still among the best in its class and each tool in the arsenal has a nice weight. After all, this is an era where wood and hardened steel adorned nearly every weapon on the battlefield. Some of the LMG’s caught my eye for providing mid-range support, but it was the M1918 BAR that felt best in my hands. This phenomenal (for its time) piece of gun technology was my staple from the original Call of Duty titles and it wouldn’t be a proper return to form without it. Even with the default loadout (iron sights instead of any form of reflex sight, for example), the BAR was an absolute beast in the multiplayer modes I had a pleasure of trying out.

In the right hands, I was able to use the BAR on a basic team deathmatch and wipe the floor with the enemy team. Across the five divisions that were accessible, this weapon just felt it had the best balance between stopping power, range, and ammo count. It was just fast enough to compete with the lighter SMG’s and could be used to pop off quick headshots from down in the trenches. The spawn point system felt largely predictable given my experience with previous CoD titles, and it was easy to get a read on what area opponents would start spawning next without being predictable on their exact location. Even during the brief round, it was easy to flip the map from one side to the next based on how far my teammates pushed the enemies back.

Scorestreaks have once again made their debut and are my favorite alternative to killstreaks, given my tendency to play in a group and get assists more than actual kills. Only a handful of them were available to use in the hands-on demo, but I made sure to switch things up and go for one that offered a position as an aerial gunner for roughly 1,400 points. With halftime quickly approaching, I opted to save it for the second half for a big score boost. Sledgehammer Games implemented a brief delay in using scorestreaks at the start of the round, so I held back for the first fifteen seconds of the action to call it in. Once I did, picking off the enemy team was incredibly satisfying. Not even the bunker ceilings protected the enemy team and red markers provided an easy target for my strafing run, filling up the score feed entirely with my conquests and propelling me to the top of the leaderboards for most of the match. I was quite lucky the enemy team didn’t think to customize their scorestreaks, as we otherwise only had to contend with the usual call-ins of UAVs and a guided strafing run. 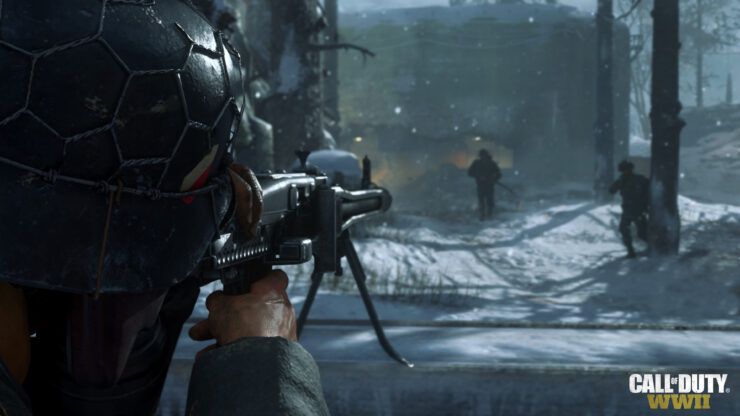 Our second session moved into War Mode, a new competitive mode that Sledgehammer Games is introducing into Call of Duty: WWII. Invoking memories of Killzone’s Warzone mode, WWII’s unique offering has opposing teams face off against one another in a series of linked objectives. As I played on the defending team, we were tasked with preventing the enemy team from building a bridge (we failed), preventing them from guiding an NPC tank through the level like an Overwatch payload (we also failed), and another defensive objective that was over so quickly that I wasn’t even able to really see what point we were supposed to defend. The enemy team was admittedly more coordinated and if our team spent more time building up defensive structures (I didn’t realize you could build walls until midway through the second objective), we might’ve stood a chance.

War Mode looks to be quite promising for those that want a more tactical, objective focused experience with Call of Duty: WWII. Just fifteen minutes with the mode wasn’t nearly enough to learn all the nuances and extra mechanics, but I can appreciate what Sledgehammer Games has up their sleeve. Even though it’s such a minor gesture, I thought hiding the scoreboard from view in War Mode was a smart move, to keep players from competing solely over their K/D ratio (you can still see your own personal scores, however).

It’ll be a long five months before gamers can get their hands on Call of Duty: WWII to enjoy this complete experience for themselves, but Activision and Sledgehammer Games have a pair of public beta events in store for those that preorder. Coming first on PlayStation 4, the beta is set to being on August 25th at 5PM BST and with the hands-on experience wrapping up at the same time on August 28th. A second round of multiplayer action will arrive on September 1st, this time for both PlayStation 4 and Xbox One. This final weekend will run through September 5th at 5PM BST and will be the last chance for gamers to check out Call of Duty: WWII before the final launch on November 3rd, 2017.