Call of Duty: Warzone Is the Biggest and Most Obnoxious Battle Royale Yet 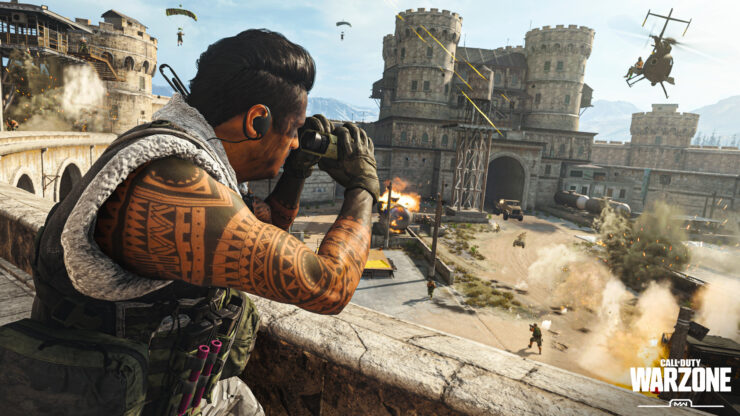 Not to mention, Warzone is free to play. A free to play Call of Duty game is exactly the kind of thing you would expect to light half the world on fire, and with a massive number of people parachuting into both the battle royale and Plunder game modes (after downloading up to 101GB), we can forgive the PlayStation Network for being a little bit unstable of late…

I personally really like Call of Duty: Warzone. I think it introduces some really interesting new concepts to the battle royale formula, but it also falls down in some key places. As much as I enjoy playing the game, I can't help but come away slightly frustrated at how obnoxious the user experience can be, especially for players that haven't already honed their skills and crafted their loadouts in Call of Duty: Modern Warfare. 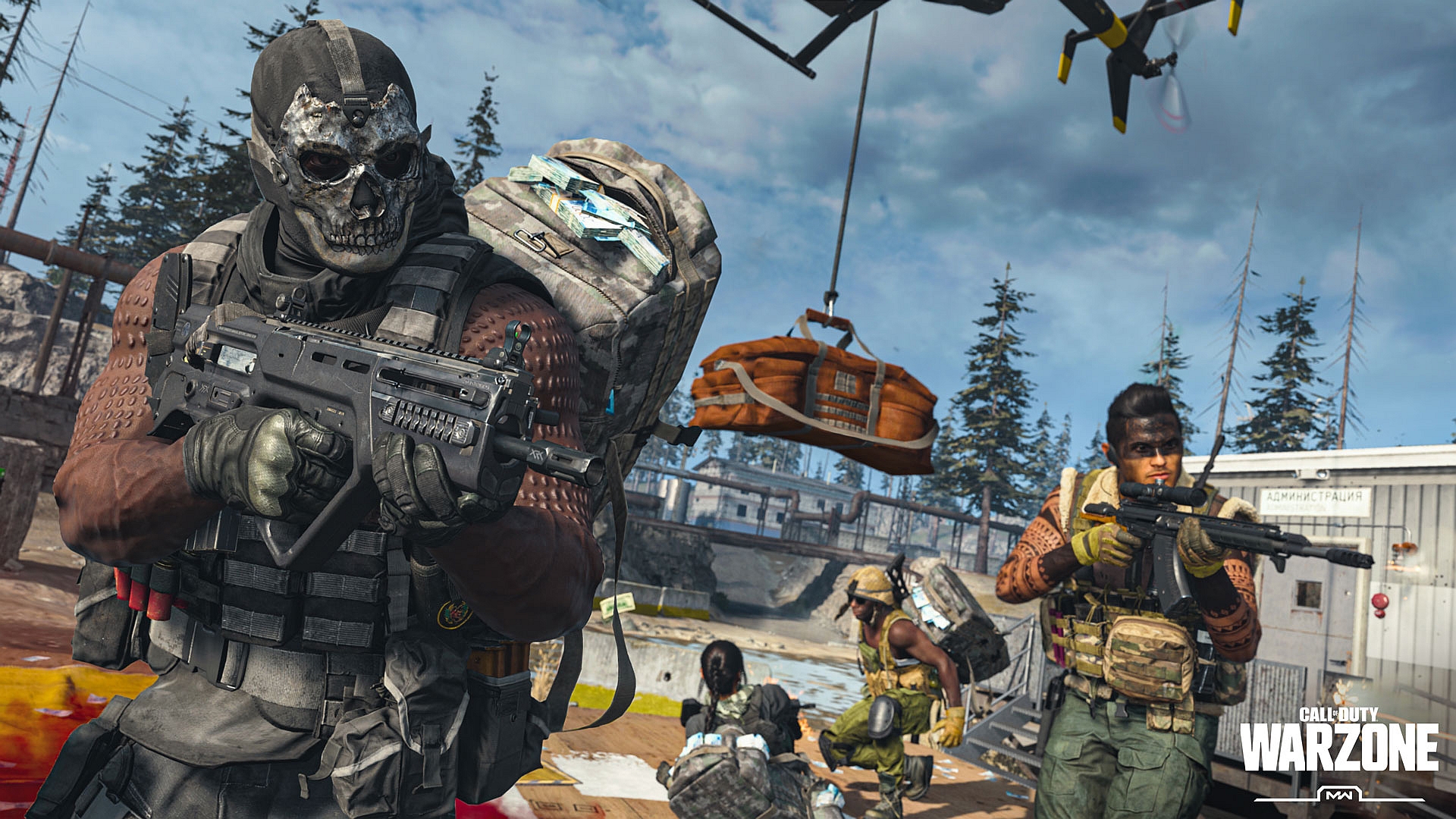 The biggest, the best?

Call of Duty: Warzone is a game which is played out over a massive map, and currently features up to 150 players per game - with a rumored 200 player cap being introduced at a later date. The fact is, a big map requires a lot of players to populate it, and even with 150 players crawling around, you will still be able to locate loot and areas that players haven't scoured, simply down to the fact that the game is just so huge.

But this can become a detriment in the later circles of the game. For so much of a battle royale game session, you'll find yourself looting and wandering, with the occasional firefights to punctuate the lengthy stretches of disquiet, and then the final few circles will see dozens upon dozens of players suddenly descending on the same area. This is down to a few things, partially the number of players they place in the game, the slow speeds of the initial few circle closures, but also players have made it clear that footsteps are far too quiet in this game, allowing players to go completely unnoticed even in close-quarters situations. It also renders the Deadly Silence upgrade fairly useless, since you'll already be moving silently most of the time - your own footsteps will be far louder to you than anyone moving nearby. A bit disappointing, given that games like PUBG and Apex Legends have long since mastered this balance.

The Gulag and Respawn system are the more divisive addition of Warzone for me. I really like The Gulag - I love the idea that I can earn my way back into the battle. It weeds out the less skilled, and lets players feel accomplished upon returning to the battle. Even if you fail that, your team can still buy you back from Buy Stations, spending some of the cash they've collected to put you back in the game, though you won't get the same satisfaction you do from winning in The Gulag.

My main issue with both of these methods of respawning is that you may struggle to effectively lower the number of enemies. This is why those later circles are so jam-packed - half of the players that got eliminated from the game have been respawned, more have been bought back after the fact, and even when players are close by you're unlikely to hear their footsteps over the cacophony of noise from distant gunfire, close gunfire, overhead killstreaks, helicopters, background music (unnecessary, thank you), your teammates, voice chat, and more. Not to mention the sound of the plane when you first drop into the map is deafening to the point where many players would turn down the master volume of the game - that is, if that didn't also end up silencing those footsteps you're already struggling to listen out for. It is much too much. 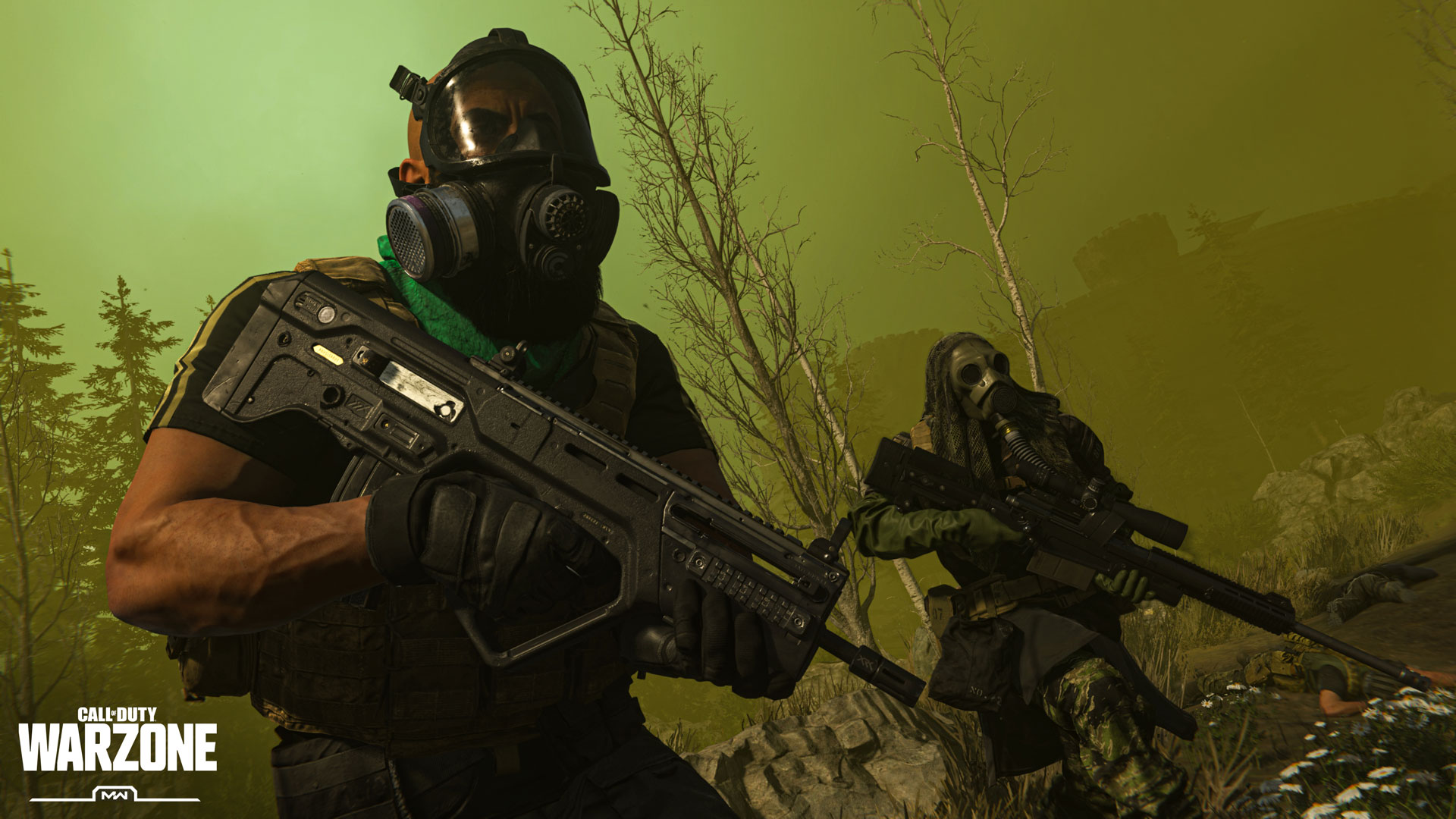 I suppose it's only natural for one of the brashest and most obnoxious game franchises in the world to feel that way when you actually play it. This is one of the highest-selling and highest-grossing video game franchises of all time, and therefore their battle royale must look the best, be the biggest, be the loudest, have the most players, and generally be loud enough to drown out all others on the market - at least, that's what I'm assuming the marketing strategy has been thus far. Everything about this game screams overkill, and I'm sure most players would welcome a dip to 100-players per game and a slightly faster closing circle.

But luckily, there is a respite from all of that chaos. The Plunder game mode featured in Warzone, despite being more chaotic, is actually a nice way to get adjusted to the gameplay and mechanics of the game, without being overwhelmed. In Plunder, you simply scavenge and kill other enemies for cash, and then deposit that cash in balloons and choppers, all while hiding away from enemies who wish to take that cash away from you.

Plunder doesn't have a closing circle, meaning you can explore and adjust to the huge map at your leisure, and you'll be regularly respawning into the game when you die, meaning you can get revenge on those that took you down. Plunder feels like a training ground for the battle royale mode, one where you can learn the map, weapons, and best vantage points for both you and your enemies, meaning you'll be far better prepared when jumping into the battle royale. 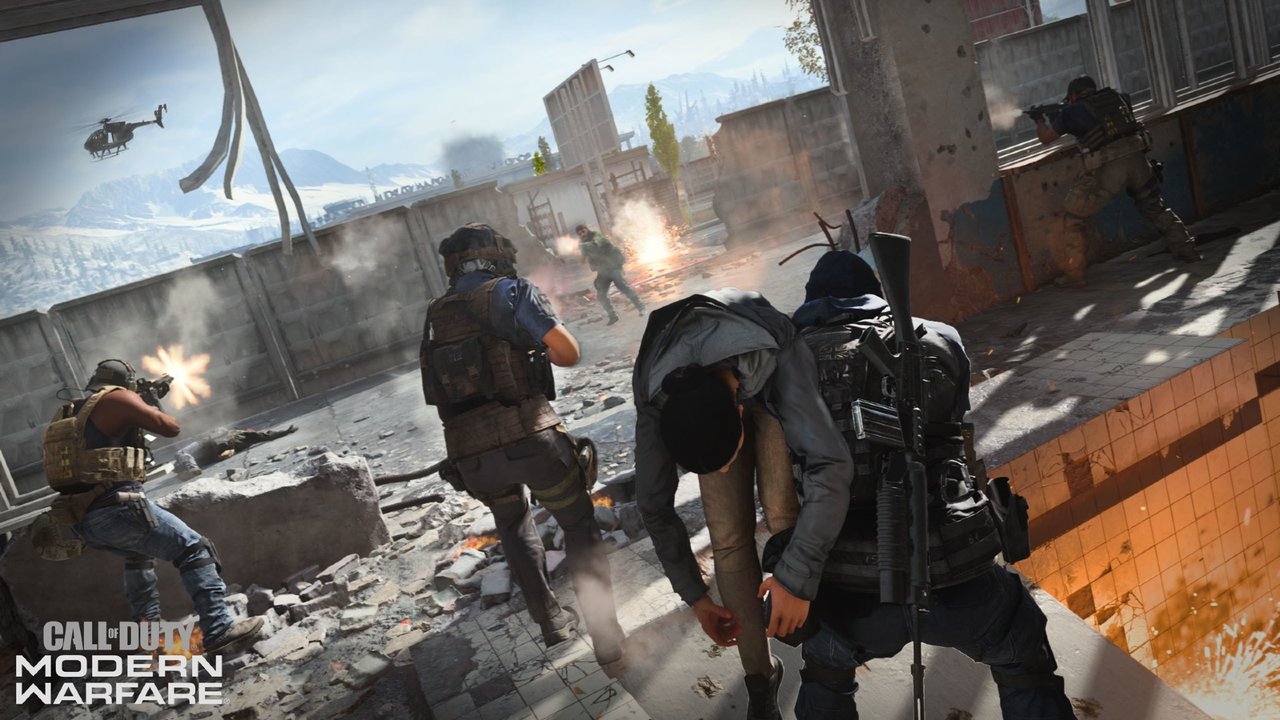 Call of Duty: Warzone also has a final key issue, and that's the gap between new, free-to-play players, and the established Modern Warfare community. Yes, there's a skill gap, but that is really the least of the issues. The primary issue is loadouts. You can get loadout drops in Warzone, which will contain a loadout you have pre-built. Even if you don't actually want the weapons in the loadout, you should grab it anyway, as loadouts will come with Perks, which can't be accessed in Warzone otherwise.

This means players that have played a lot of Modern Warfare already have all the guns, attachments, perks, and more unlocked, giving them the edge when it comes to grabbing their loadout packages. It seems like a minor gripe on the surface, but the inclusion of these loadout packages mean that no one who drops into the game is truly on a level playing field - instead of scavenging for your weapons and abilities, everyone drawing a fairly random hand throughout the game, you have loadouts which give experienced players all the tools they need to win. It's like a 1000-man tournament starting with experienced players immediately getting admitted to the top-64 - if these players are the most experienced and skilled, then they should prove it by fighting to the top from the exact same starting point as everyone else in the game.

I adore battle royale style games. I dabbled a bit in both Fortnite and PUBG before getting serious with Apex Legends last year, and now that Call of Duty: Warzone is out, I'm really enjoying it, but right now, it's not my favorite. Apex Legends has the movement that I adore which keeps me coming back to it, and I do believe that Call of Duty: Warzone has earned a place in my regular rotation of games to play, but it won't be an essential battle royale in my eyes until it irons out some of the kinks. To be clear: Call of Duty: Warzone is already a great game, but with a few updates it has the potential to be so much better. Given that it already attracted over 30 million players in the short time since its launch, the sky is the limit here.

Call of Duty: Warzone Gets NVIDIA DLSS Tech, Boosts FPS By Up To 70%