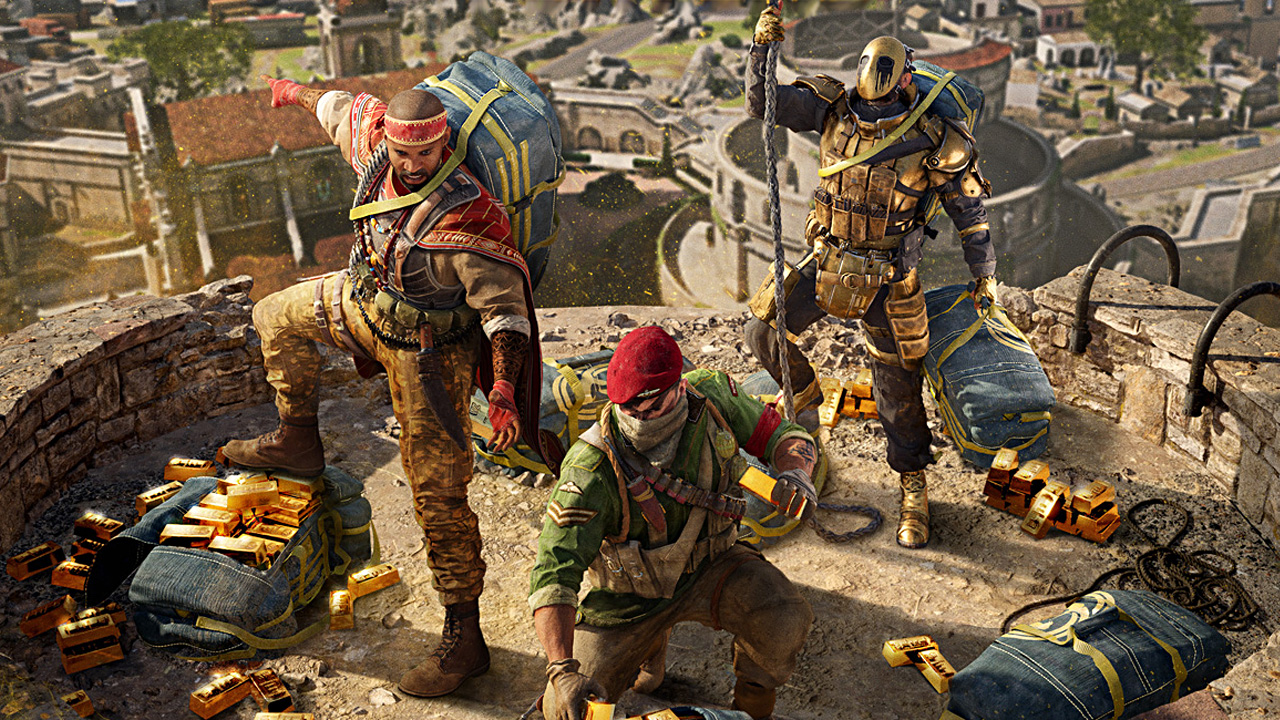 Call of Duty: Vanguard and Warzone Season 4, “Mercenaries of Fortune,” is set to drop next week and it sounds like a pretty meaty update. Warzone is offering a new Resurgence map, Fortune’s Keep, as well as a number of tweaks and updates to the Caldera map. Meanwhile, Vanguard is getting the usual array of new maps, weapons, and operators, including some cameos from Terminator 2. Perhaps most importantly, as previously promised, Zombies is getting proper round-based play again with the return of Shi No Numa. You can check out a cinematic teaser trailer for Mercenaries of Fortune, below.

Here’s the full rundown of everything included in Call of Duty: Vanguard/Warzone Season 4:

Prepare for the ultimate score: fight fellow Operators and mercenaries on a luxurious and timeless island, where the amount of danger and action is second only to its riches. A mercenary hideout built atop an otherwise peaceful town with a rich history, Fortune’s Keep is a completely original Resurgence map created by High Moon Studios. It is roughly the same size as Rebirth Island and features four distinct points of interest: Town, Smuggler’s Cove, Keep, and the Winery.

Raven Software is bringing back a memorable piece of Warzone history as part of a large overhaul of the main Caldera map. Storage Town, the area that helped define nearly two years of Warzone in Verdansk, will see a new life on Caldera when it is added in between the Mines, Airfield, Village, and Dig Site. It will be roughly as veterans remember it: a sprawling complex of lockers filled with Contracts and item spawns, as well as a few warehouses that allow for great views over the area.

The new Golden Plunder limited-time mode offers the Blood Money experience with more competition and a lot more glitz. Some of the changes Players can expect to see include:

Prove your skills in the Mercenaries of Fortune event, featuring eight challenges that test your mettle on Caldera and Fortune’s Keep. Get rewards like new Weapon Camos, Reticle, Charm, Emblem, Sticker, and a Legendary animated Calling Card. Complete all eight challenges to earn the coveted gold skin for the Armored SUV. Ride around in this thing and there’ll be no mistaking you for a common mercenary. 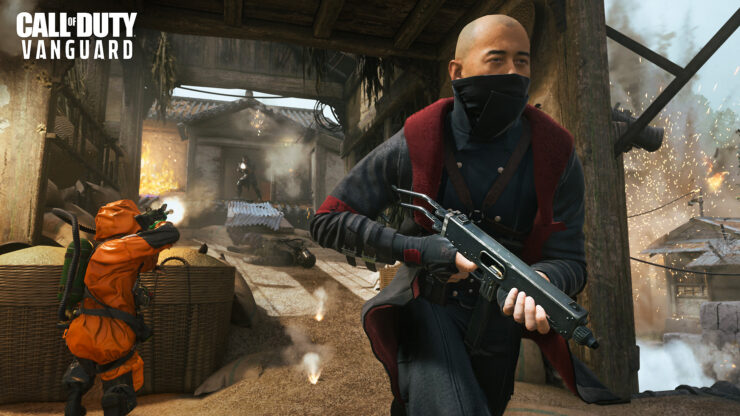 USS Texas 1945 challenges Operators to fight it out on an offshore battleship designed for long-range engagements on starboard and port and plenty of close action amidst its many confined interior locations. Set up on a power point and do your worst. A reimagining of the U.S.S. Texas map from Call of Duty: WWII, this is a medium-sized map that's moved from the white Cliffs of Dover to the waters around Caldera."

Deploy to a Pacific listening post in this small-to-medium sized map set in a dense village littered with destruction. Large mountains and a vast landscape engulf the environment as you battle around the central building and along its creekside fortifications.

The fan-favorite Blueprint Gun Game Multiplayer mode makes its Vanguard debut. Be the first Operator to progress through all 18 weapons to win the match. Eliminate an enemy to cycle to the next weapon. Melee an enemy to set them back one weapon and get the final Throwing Knife elimination to secure victory. No Perks, Killstreaks, or custom Loadouts allowed. Blueprint Gun Game is all about showing your mastery with a diverse weapon set, making it the perfect means of training up your weapon skills across the board. 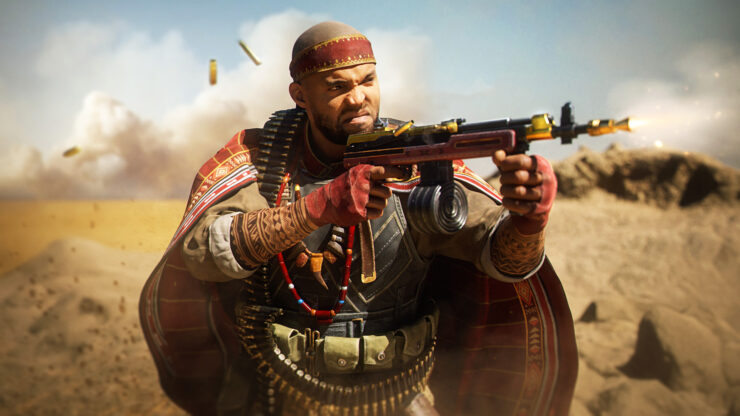 Quartermaster. Captain. First to the fight. Butcher served in the British Army during Operation Devon, battling against the 16th Panzer Division. He was dismissed after sustaining injuries to his face from exploding shrapnel but returned to the front lines soon after. There he witnessed resistance fighters in action. Inspired, went on to become the founder and recruiter for the Special Operations Task Force. The rest, as they say, is history.

All his life, Callum was a showoff, getting into trouble with neighbors, the law – everyone. His unwavering spirit helped him quickly ascend the ranks of the British Army to eventually become a recruit trainer. In World War II, Callum, harboring deep hatred for Nazis and their ideals, fought hard for a future without them. Currently he is the trainer for all S.O.T.F. agents.

Ikenna Olowe understood strategy from a young age. As a child in Nigeria, he excelled at chess, quickly surpassing his teachers. He grew strong studying Gidigbo, a martial battle of wits. Balances in body and mind, Ikenna joining the war effort as a battlefield engineer. His work established critical supplies lines across the globe. Ikenna became a grand planner. Knowing when to build and when to demolish.​

Mercenaries of Fortune’s mid-season update will include two iconic operators from Terminator 2: Judgment Day. More intel to come when we come closer to the mid-season’s launch next month. In other words: “I’ll be back.”

For the highly mobile, aggressive player, there are few better options than rushing into battle with the Marco 5 SMG. It’s great for pushing into objectives, as its high mobility allows you to run circles around the enemy while they struggle to get a bead on your position.

Who says an LMG has to slow you down? Combining high mobility with a high fire rate, the UGM-8 is ideal for players looking to keep pace with their teammates while offering suppressive fire. This thing chews through ammo, so be prepared to feed it.

Built for speed and stealth, this new melee tool will be a great addition to loadouts where close-quarters fights and silent takedowns are critical to a mission’s success. Operators can unlock it either through a bundle to be made available during Season Four, or by completing one of two challenges:

An essential armament for versatile play. This workhorse Assault Rifle offers a high-fire rate, steady aim through sustained fire, and a quick reload, and that’s before adding any of its Gunsmith attachments. 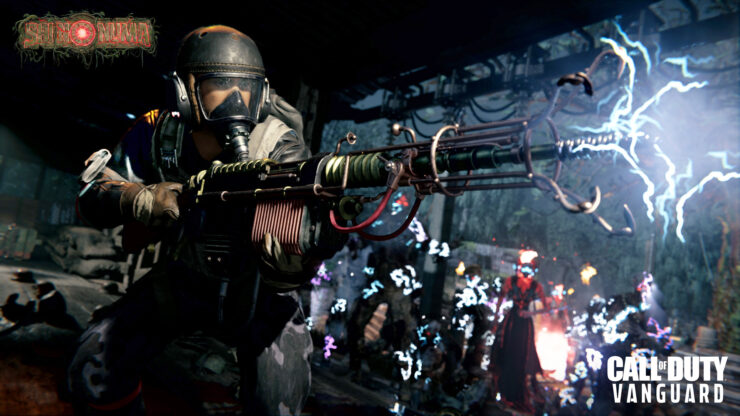 Thirteen years after its original release in World at War, the legendary round-based Zombies experience Shi No Numa is returning as part of this free update to Vanguard. Team up and conquer the “Swamp of Death” in classic round-based Zombies play, featuring a new main quest and side quests, a new Wonder Weapon quest, fresh intel, and more. 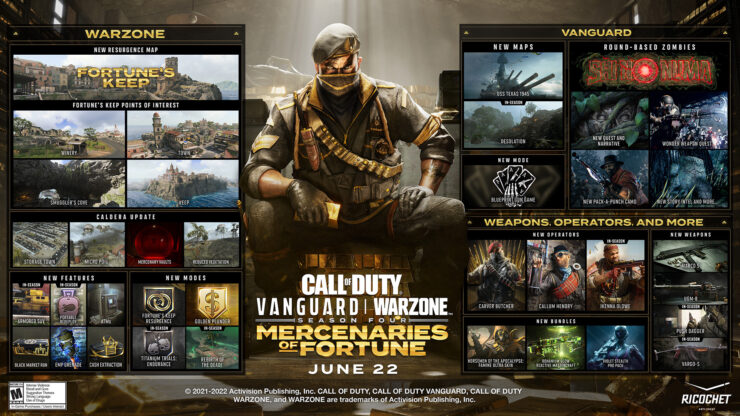