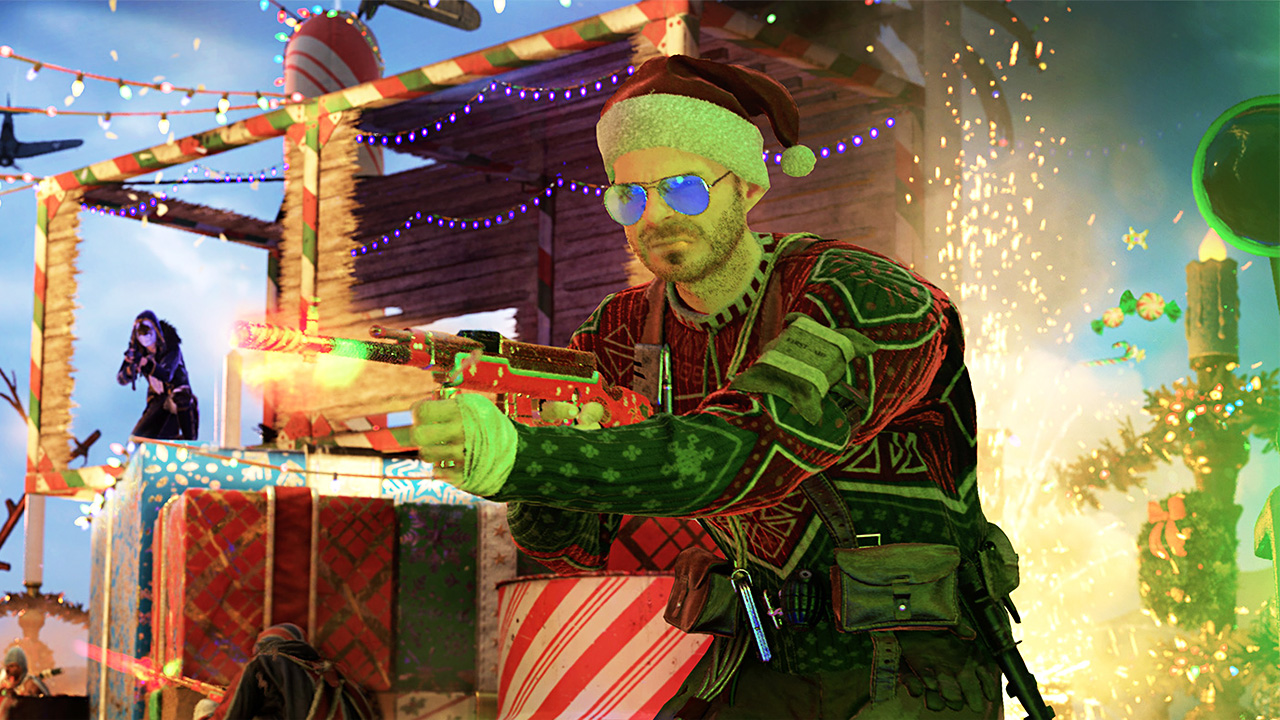 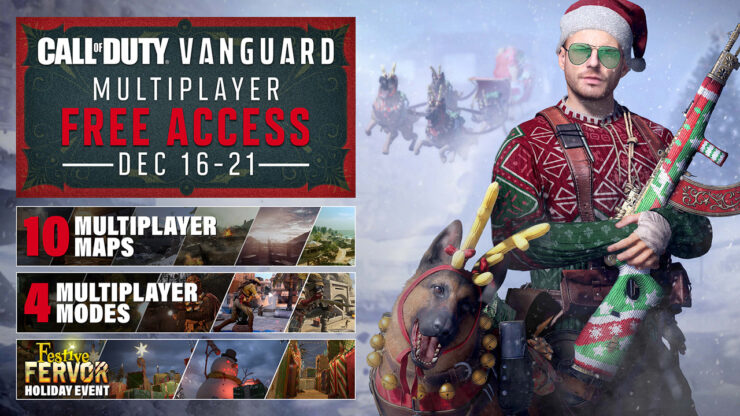 This limited-time Free Access weekend features three playlists, two of which should get you into the Festive Fervor spirit. One is the Free Kills Playlist, a mix of Team Deathmatch, Domination, and Hardpoint at all Combat Paces on the new map Radar as well as Das Haus, Hotel Royal, Eagle’s Nest, Numa Numa, and Shipment. This playlist will also include Armageddon and Shipmas following the Festive Fervor Update at 9 p.m. on December 16. Following that update, another playlist will go live: Shipmas 24/7, featuring the exact same modes and all combat pacings, but with – as the name suggest – Shipmas all day, all the time (or at least, for 24 hours across five days).

The Free Access weekend will also feature Champion Hill, the new survival tournament mode where building an effective loadout is just as important as having fast reflexes and quick thinking in tense small-team battles. This Champion Hill playlist will be a Trios tournament, so grab two squadmates and prepare for this challenging ascent towards victory!

Players participating in the CoD: Vanguard free weekend will earn double XP and all progress will be carried over should you upgrade to the full game. The game is currently 35 percent off on PC and other platforms.

Meanwhile, Battlefield is also having a free weekend, although this one is only available via Steam. Also like Vanguard, Battlefield 2042 is currently on sale for those who want to permanently add the game to their collection, with the standard version being 34 percent off. Whether progress transfers from the trial to the full version of the game is currently unclear.