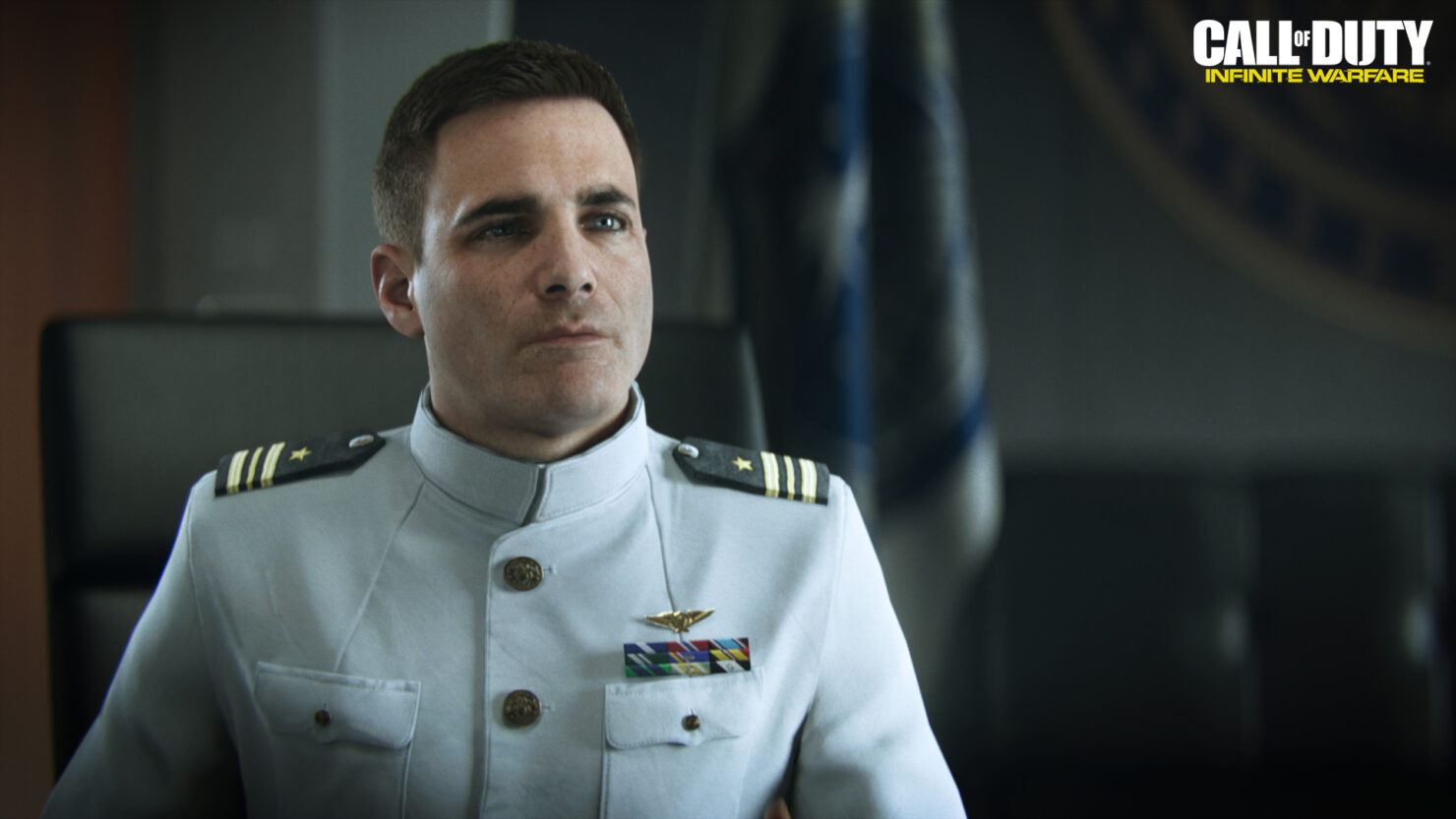 Speaking to Gamespot, Narrative Director Taylor Kurosaki said that while Call of Duty Infinite Warfare's campaign is quite different from previous titles in the franchise, it still features the best set pieces in the gaming industry.

Yeah. In a lot of really well-received war stories, the story really centers on you and your squad, what you guys are going through, how you have each other's backs, and how the pressures of the war and the enemy hunting you can reveal things about your true nature. It's a stress. It's a pressure that's put on your guys, and we think that's a very interesting thing to reveal. We didn't want to have cookie-cutter characters that just seemed tough and seemed macho and have deep voices. We didn't want to go to that sort of well. We wanted to have real human beings who have feelings, who have relationships that extend before the events of our story, and who are also bad-ass warriors in their own right.

To see what the pressures of this particular war do to those relationships, we wanted to explore those things. Now, that doesn't mean that we forego set pieces. We still have, I think, the best set pieces in the business, but in this case, if we can create characters that you appreciate, if we can create characters that you identify with, and that you care about, then those exact same set pieces, that same bombast gets brought up. It raises the intensity level because you really, really are concerned about what's going to happen next. For me, and for a lot of the guys that started here, at the start of Infinite Warfare, we were really excited about the prospect of working with a team that's known for making these awesome, incredible set pieces, but imbuing those set pieces with maybe some more meaning and maybe caring more. We thought that that would pay off.

Looks like all main first person shooters this year (Call of Duty, Battlefield 1 and Titanfall 2) went big on the respective campaigns. Kurosaki offers an explanation: according to him, single-player is incredibly critical to overall reception.

Well, I think that single-player is incredibly critical to the overall reception of the game, and the overall feelings toward the game. Even if you're a player who plays multiplayer more, let's say, than single-player. If you pop that disc in, or download the game, maybe you start off in single-player, or you come to it at a certain point. Playing that campaign, if that campaign is a good one, one that you like, and you can tell the team has put a lot of effort into it, what that does for you is it gives you a tremendous amount of context for the other modes of the game.

If I've played single-player, and I'm playing multiplayer, now, maybe those multiplayer matches feel like more than just me occupying this particular map. Maybe I think, "I've been in this location before. Maybe I was in a different part of Europa, but I've been on Europa before. I remember when I was there in that mission in single-player, in the campaign, and this happened and this happened, and these guys were here doing that thing. I recognize the environment in some ways." It allows me to bring greater context and greater meaning into that multiplayer. I think those two things work hand-in-hand.

Have you played Call of Duty: Infinite Warfare and if so, what do you think of its campaign? The good news for those who bought the Legacy and Digital Deluxe editions is that there's also the single-player of Modern Warfare Remastered to play through.