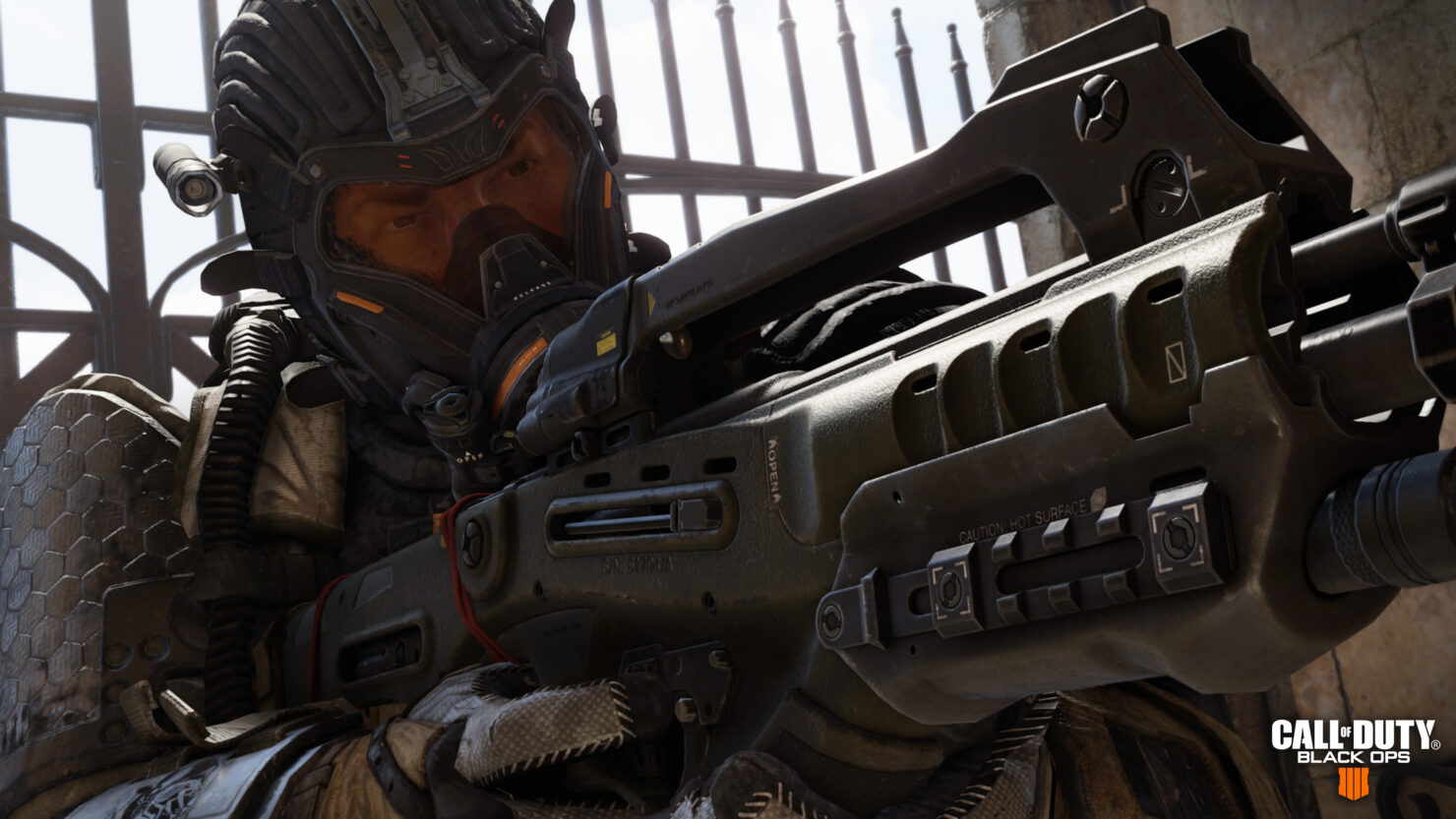 The arrival of a new Call of Duty shouldn’t surprise readers. It is perhaps the only constant in the industry besides EA’s annual offerings of sports titles. Bearing the Black Ops IIII moniker, this year’s shooter appears to cut away the traditional campaign offering in exchange for a more robust multiplayer suite. This, of course, includes the new Blackout mode that’s supposed to put a Treyarch spin on the Battle Royale genre. Sadly, this massive mode was MIA at Treyarch’s reveal event this morning, just as Zombies didn’t make an appearance outside of the reveal segment. Instead, I got to spend two solid hours with the Black Ops IIII multiplayer, first on PlayStation 4 and the second session running on PC.

Across the sessions, my time was spent across a trio of modes: Team Deathmatch, Hardpoint, and a new mode called Control. No matter which of the modes I spent time in, I was allowed to run the same score streaks, load outs, and operators. To counter the change to removing the passively recovering health (requiring the tactical use of health packs, set to L1 on PS4), Treyarch limited each operator to one per team. This means no stacking up four healers together and chaining their operator abilities for near infinite health. I’m equally as grateful for not having to worry about facing an entire squad of War Machines and her grenade launcher around every corner.

Scorestreaks are once again back as well, as well as a primary piece of equipment that reduces the cost of said streaks by a significant amount. Only about seven scorestreaks were available in this pre-alpha build, with the usual UAV/Counter UAV, Gunship, and Assault Chopper offerings making up most of the list. Black Ops IIII isn’t shy about rewarding you with points on a very high return if you play the objectives. Capturing a base in Hardpoint easily netted 200 hundred points, marking almost half of the required amount to call in a UAV. 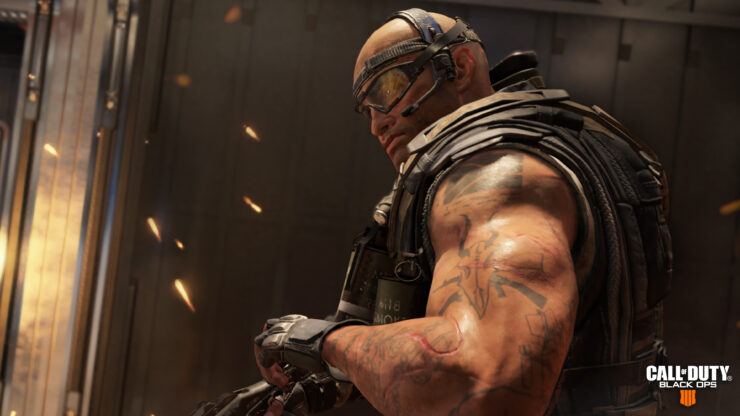 This time around, the minimap uses a ‘Fog of War’ to hide enemy combatants that are just out of earshot. Loud noises such as unsuppressed gunfire or sprinting can cause those sources to briefly light up on the minimap. The cone of visibility on your minimap is affected by the environment, with wide open spaces giving more distance to what is revealed, while tighter indoor sections might only give you enough insight as to what’s right around the corner.

Currently, the TTK (Time To Kill) it takes to drop an enemy soldier feels wildly varying. Most players I ran into were using Body Armor as one of their primary equipment and the amount of damage it could absorb was quite unbalanced. A short burst of bullets from the MX9, one of Black Ops IIII’s submachine guns, would rarely do the trick to taking out someone wearing armor. On the other hand,  the Swordfish, a tactical rifle that offers a four-shot burst (upgradable to five bullets if you take three attachments on it along with Primary Warfighter’s perk) could drop any foe in a single burst. Whether this was in part due to attachments like Full Metal Jacket rounds or the damage dropoff at a range, I’d have to get my hands on Black Ops IIII again to really know for sure.

The newest mode playable in the press reveal event was ‘Control’, a mode based partially off of WWII’s War more. Players on opposite sides are tasked with either defending or attacking three points on the map. Initially, attackers don’t have much time to take one of the points and if they succeed, an extra couple of minutes are added to the clock. Regardless of how entrenched the defensive forces are, if the attackers can secure all three points they instantly win the round. Defenders are unable to retake these points once they’re lost. Either side has a limited number of spawns, so it’s entirely possible to win either by playing a battle of attrition and keeping the attackers from stealing the last point or by racking up enough kills and depleting the other team’s spawns.

Operators, an addition to Call of Duty that I can appreciate from a tactical standpoint even if I don’t necessarily want to worry about having additional abilities in a firefight, feel very similar to Destiny’s classes. All three of their abilities (health pack, signature ability, and the all-powerful Operator-specific ability) each run off of separate cooldowns. The health kit recharges fastest of all, since it’s just about the only way to heal up, and the tactical ability runs off of the same cooldown as that of a grenade since you can only pick between one of the two. Both are available to you at the start of a match, but only the health kit replenishes itself when you die and respawn.

Performance on the PlayStation 4 Pro (mind you, I couldn’t actually tell which version of the console I was playing on, but it would be safe to assume that Treyarch/Activision wouldn’t want players seeing the game running on a standard PS4 yet) was quite stable in most regards. I found no major frame drops or issues that made the gunplay any less fun. Respawning seemed weird since a mini-map pops up showing you the layout as if you could select a different spawn location, but I never found it to change or give an indication of where I could spawn in. Perhaps the Tactical Insertion might change this up, so if you’ve seen a player use it in one of the other gameplay videos, leave a comment below and let me know if it works. 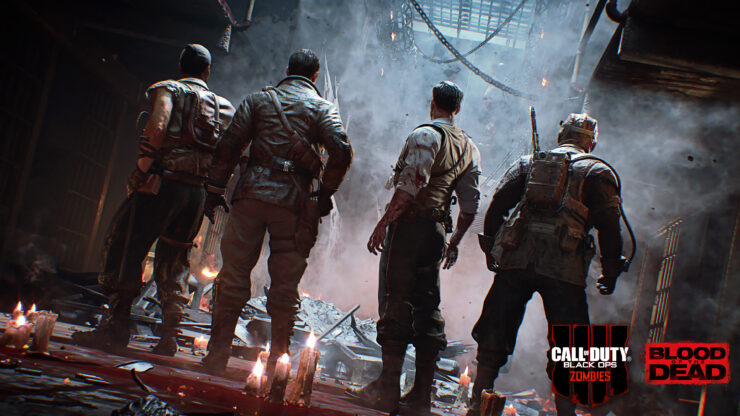 With Call of Duty Black Ops IIII being the first CoD title to make it (exclusively) onto Battle.Net, I could easily see how much effort Beenox was putting in to help with the port. Graphical settings and options were hidden away as well, but I did find a Field of View (FOV) slider that could easily be cranked up all the way to 120 without hurting the uncapped frame rate. If you have a strong enough PC, I could definitely see PC being the way to go in this year’s Call of Duty.

Call of Duty Black Ops IIII still has a lot of surprises left to reveal before it comes out on October 12th. The new Battle Royale-style Blackout mode, Zombies, those solo operator missions that were mentioned in lieu of a traditional campaign: there’s so much more that Activision has left to show face in coming events. I loved the short few matches I got in with BOIIII (even when I was losing half of my games) and can’t wait to see more at E3 2018 and share it with the rest of you.