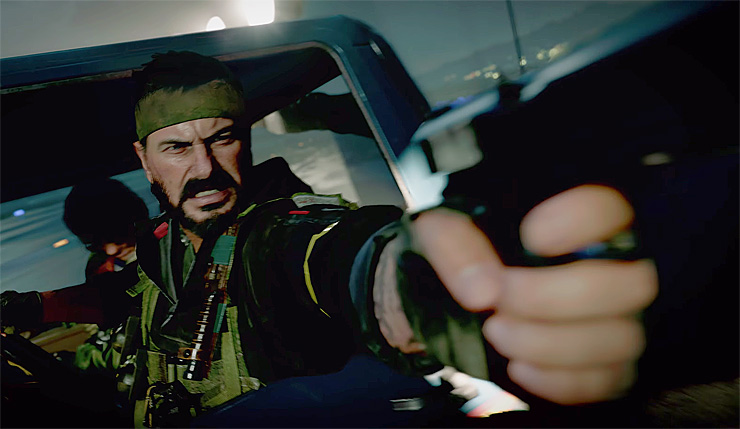 It’s been a while since we got a proper Call of Duty: Black Ops campaign. 2018’s Call of Duty: Black Ops 4 didn’t have a campaign, but Call of Duty: Black Ops Cold War looks to bring it back in a big way with a story set during the politically-charged 1980s. Cold War developers Treyarch and Raven Software have provided some new details about three of the game’s campaign missions, which range from Amsterdam to Vietnam, and high-pitched action to more subtle spycraft. Scroll down for more info on the “Nowhere Left to Run,” “Facture Jaw,” and “Desperate Measures” missions.

Call of Duty: Black Ops Cold War’s opening mission takes place in Amsterdam, and begins with you meeting a source in a seedy bar, before breaking down into a rooftop chase and series of shootouts. And yes, you’ll once again get to pilot a remote-controlled car packed with explosives.

Nowhere Left to Run is a great example of how we wanted to pay homage to the original Black Ops in a few ways that fans will recognize, but also give newcomers a great first taste of what Black Ops is all about without needing any previous experience with the series. This first mission really serves as a great way to bring back Woods and Mason as well as introduce one of our new heroes, Russell Adler.

Of course, Black Ops has a well-known history of bombastic over the top moments. It was critical to not only get one of those moments in this first mission, but also make it uniquely Black Ops by using the RC-XD, the radio-controlled car packed with explosives from the original game. As the mission comes to an end, the story kicks off in dramatic fashion as a ghost from the past is revealed to still be alive and planning something that could shift the balance of power in the Cold War.

Cold War’s second mission is a flashback during the Vietnam War, as players search for the Soviet spy Perseus. Expect more of a full-fledged war feeling from this one.

Narratively, these two pieces fit together perfectly as the team has to try and relive their past and unblur the lines between truth and deception. It was great being able to push the big war feeling in these levels, from flying helicopters to being a soldier on the ground fighting through jungles and rice paddies. One of my favorite levels is one of the later Vietnam missions, as we really pushed to give the player more freedom and control. It’s easily the most unique mission we’ve ever made.

Your third mission is a bit more low-key, as you take on the role of a double agent who’s infiltrated KGB headquarters. Of course, it’s still Call of Duty, so expect all hell to break loose at some point.

We really wanted the player to experience something different with this level, give them more freedom and control over how they complete their objective. You are given multiple ways to complete your objective, hiding in plain sight as you walk through the hallways of the famous Lubyanka building.  You have the freedom to talk to a variety of people and explore the building – ultimately culminating in an action-packed finish to the mission.

Call of Duty: Black Ops Cold War arrives on PC, Xbox One, Xbox Series X/S, PS4, and PS5 on November 13. What do you think? Does the new campaign sound promising?