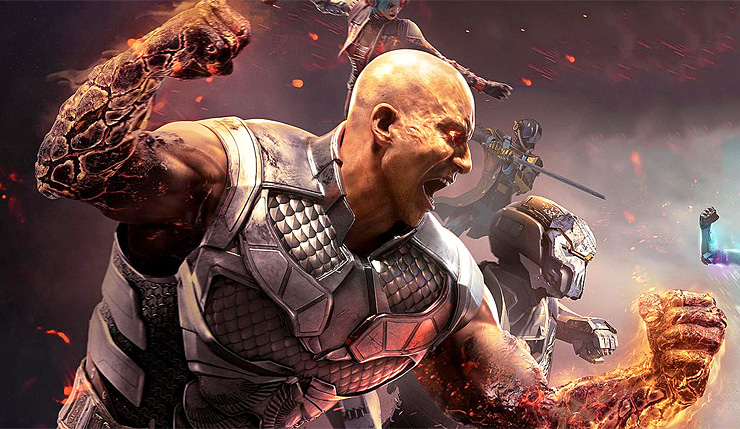 Somewhat surprisingly, Treyarch has confirmed this will be the final Black Ops 4 operation, and it’s been strongly implied this is pretty much the end of the line for the game. This is a departure for Treyarch, who have traditionally supported their CoD titles well beyond the typical year-long window. But Treyarch is now working Black Ops 5 for 2020 (replacing a cancelled CoD title from Sledgehammer Games), so you have to imagine all their resources are being put toward that. You can check out the trailer for Operation Dark Divide, below.

Here’s a rundown of everything included in Operation Dark Divide (click the image for full resolution). 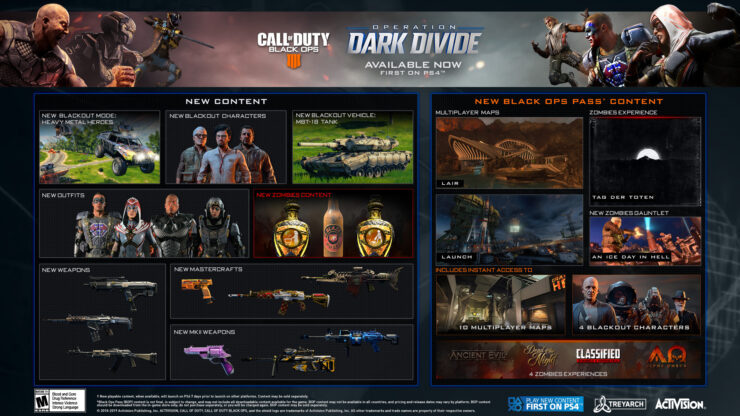 Dead of the Night

Call of Duty: Black Ops 4 is available on PC, Xbox One, and PS4. The Operation Dark Divide content is out now on PS4, and will hit PC and Xbox One next Tuesday (October 1).