Multiplayer matchmaking is a one of gaming's critical tasks, something that can make or break the success of a franchise that's traditionally so multiplayer focused. Treyarch wants to improve upon the sometimes frustrating matchmaking and party interaction of its predecessors. 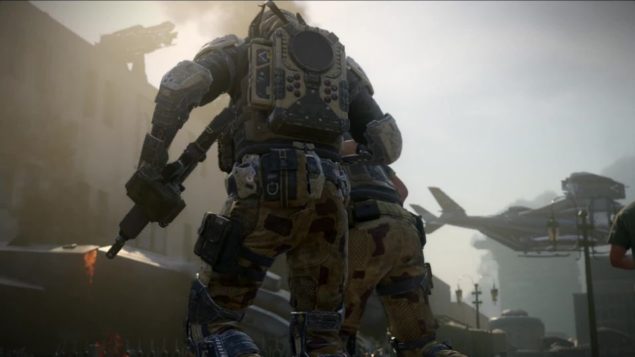 Call of Duty: Black Ops 3 introduces a virtual community space, the Safe House, a place to customize gear, spend XP and participate in multiple game modes far easier than before.

When speaking to Edge magazine the head of Treyarch, Mark Lamia, pointed out that when they collected data from Black Ops 2, they saw that the matchmaking scheme already implemented was severely lacking. Playing with friends was difficult and it wasn't easy sticking with the same group of people if you wanted to switch game modes quickly. So they've developed the Safe House, a community hub that should be able to facilitate a better way to play online.

"You’re going to know where friends are and what they’re playing. When we looked at data from Black Ops 2, we discovered that people were playing multiple game modes in a single session, and we realised we had to make that easier, especially now we have a co-op experience."

Essentially, it sounds like it'll be an in-game representation of a server browser combined with other functionality. Instead of using your mouse cursor to refresh the list of servers and see whose online, you can literally see where all of your friends characters are and join them from inside the game. Quite honestly Black Ops 3 is almost taking on an MMORPG-like approach to the social atmosphere being in-game and in-character.

It certainly is a step in the right direction to fix one of the most glaring issues that has faced the Call of Duty franchise lately. It's had a similar interface and mostly identical inner-workings since Call of Duty: Modern Warfare 2.

Treyarch wants to do a lot of new things with Black Ops 3, breaking the previous traditions that have only proven detrimental to the series. They're taking the legacy seriously while also using Black Ops 3 as an opportunity to innovate in ways that it hasn't in a long time.