Call of Duty: WWII Might Be The Biggest Thing Ever That Happened for The Subject, Says Historian 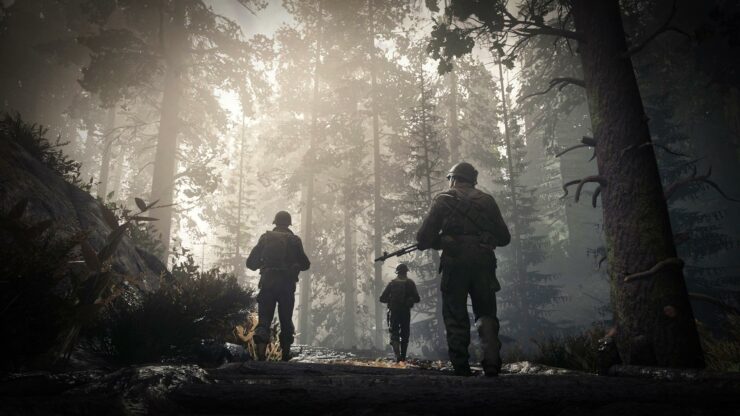 One of the first things Sledgehammer Games made clear about Call of Duty: WWII is that they wanted the game to be as authentic as possible to the last world war conflict.

To do so, they have enlisted the help of historian Martin Morgan, who wrote two books on the subject (2004's Down To Earth: The 507th Parachute Infantry Regiment in Normandy and 2014's The Americans on D-Day: A Photographic History of the Normandy Invasion, both available on Amazon) and interviewed over two thousand veterans. He also regularly leads battlefield tours throughout continental Europe.

In a Call of Duty: WWII feature article that appeared on EDGE's July issue (#307), Morgan shared his belief that the game could be the biggest thing that's ever happened to World War II in terms of resonance.

The living memory of this conflict is receding very quickly. Just this past week, three veterans that I've interviewed have died, and that happens every week.

There are going to be more and more people who, through no fault of their own, are just not familiar with the subject. Now we're bringing the subject matter to a very large audience of people who have no living memory of the war. They can't remember an elderly grandfather who fought in it. There's no context aside from what they might learn about it and public education in the US just sort of abdicates responsibility for the subject.

I've written two books; nobody read them. We're living in a world where people read less and less. What's going to replace it? Projects like this [Call of Duty: WWII], that have strong emotional themes, and also strong educational themes.

I have this looming sense that this [Call of Duty: WWII] is going to be big. It may be the biggest thing that has ever happened for this subject. I'm not saying that because I've become a Sledgehammer Games zombie who just spouts off propaganda. I say it because one thing we already definitely know is that this is going to be big. Band of Brothers was released in 2001; Saving Private Ryan was released 20 years ago. There was no social media universe back then, and now there is.

A lofty statement for sure, but one that isn't quite unfounded. Activision happily revealed how pre-orders for the game were off to a strong start while the social media negativity that plagued Call of Duty: Infinite Warfare "virtually evaporated".

Furthermore, the developers shared that the story will be told in-game for the most part, rather than in cutscenes, which should help with immersion.

Call of Duty: WWII will be out worldwide on November 3rd for PC, PlayStation 4 and Xbox One. There have been rumors about a Call of Duty game making it to the Nintendo Switch, but we don't have any official confirmation for the time being.