Android regularly receives bad rep for its horrible battery life. With their heavy internal components and large self-illuminating displays, no Android smartphone that I know of lasts more than a day with power users. Apple's iPhone 4 pulls through more than just a day, but Android? Not so much.

Google Founder Larry Page has himself said, “if your Android phone's battery doesn't make it through the day, there's something wrong”.

By that logic, there’s something wrong with most Android phones. HTC Incredible, Droid X, Xperia X10, Epic 4G… you name it, they just won’t last a day if you use their "smart" features!

I am myself an owner of one of those Android superphones – HTC’s Desire. It has battery issues too. I did my research and found that many of the tricks that supposedly increase battery life are actually bullshit. Battery issues, coupled with certain posts on certain websites that tell you tricks on how to increase battery life has created many misconceptions in the minds of Android users.

In this post, we will try to tackle some of the myths about Android battery life and verify if they are true or not. Read on ahead!

PLEASE NOTE: This is not a “X ways to improve your Android smartphone battery life” post.

The Myth: Setting your display such that it automatically changes its brightness saves battery life. (source)

How Does Automatic Brightness Work? All of the latest Android smartphones have light sensors installed. So it detects the intensity of light and then adjusts the display brightness accordingly.

How Does It Affect Battery Life?

Whenever there is a change in ambient brightness like, say, when you finally get out of your dark little room and go out for walk, your Android phone’s light sensor detects sunlight and does nothing with that information. Your display brightness remains the same.

Whenever there is a change in ambient brightness like, say, when you finally get out of your dark little room and go out for walk, your Android phone’s ambient light sensor takes in that information and sends it to the CPU so that it may process it and then order the display to become brighter or darker.

What Happens To My Battery? Battery life effectively decreases (not by much, but it does.

). This because your smartphone’s smartass light sensor keeps bugging the CPU to process data and do something about it.

Remember, this is about mythbusting, not tips on how to increase battery life

What You Should Do To Increase Battery Life: Place the stock “Power Control” widget on your homescreen. Tap on the sun symbol to change brightness whenever you need it. However, if you're the outdoorsy type, it will be convenient to use automatic brightness.

The Myth: High Tech Computers (or HTC) recently replied to an XDA forum member inquiring about the bad battery life of his HTC EVO 4G with an thoroughly outlandish procedure.

“To also help with Battery Life you can do these steps exactly:

Your battery life should almost double, we have tested this on our devices and other agents have seen a major difference as well” (source)

What the F***? Yes. WTF indeed. It doesn’t sound all that possible now, does it? It doesn't make any Sense (pun intended)!

Does it Work? As stupid and outlandish as it sounds, it actually works. Look through the thread on XDA Forums and see for yourself. Many users have verified that the procedure increased their phone's battery life.

What You Should Do: I personally never tried this trick nor will I ever do so. You can either spend 10 hours trying to increase your phone’s battery or play Abduction! on it.

What are Live Wallpapers? Live wallpapers are basically just wallpapers which feature some kind of animation/movement in them and they can look absolutely stunning.

Do They Decrease Battery Life? Yes. Live wallpapers use your phone’s CPU and GPU to render itself. So obviously, it will decrease your battery life.

But how much, exactly? Less than 2% in most case. Live wallpapers do drain battery time but the effect is so insignificant that there is no need for you to fret about whether to have one or not.

However, there are some live wallpapers that give the battery a more significant beating than others. You can check how much battery your live wallpaper uses by going to Settings > About > Battery > Battery Use. If you see that it takes less than 5%, it's absolutely ok.

What You Should Do: Enjoy your live wallpapers and bask in the glory of knowing that iOS will never get this feature. Check out Pocket Now for some nice live wallpapers.

How Does Polling Work? Apps like Twitter for Android, Weather for HTC, Gmail and RSS Readers regularly contact their servers to check for updated tweets, weather updates, new email and stories respectively and pull them to your phone via WiFi or 3G. That’s polling.

Does It Effect My Battery? Most definitely. Polling makes use of WiFi/3G which literally suck battery. And regular polling will kill your battery time significantly.

What You Should Do: While I would consider it stupid to completely switch off polling (because polling is one of the great features of smartphones), you can do a couple of things to ensure effective polling.

The best and most battery-friendly thing to do would actually be just to update Twitter/Facebook when you use it, though.

There are two very distinct views on this matter. One school of thought believes that killing unnecessary tasks increases battery life. The other school believes that it does nothing.

Who do you believe, then?

Believe me, dear readers. Believe me. I’ll tell you what the real story is.

What Are Task Killers? Task killers are little programs that kill the apps you don’t need. Once you open a task killer, you are shown the list of actively running apps that you can then kill them at your whim. Kinda like Task Manager (Windows) but for Android.

The idea of task killers stems from the belief that, like embedded operating systems (read: Windows), you need to free up RAM by killing programs yourself.

If you have too many programs running on Windows, chances are, your PC will slow down to a crawl until to close programs you aren’t using. Android handles this differently…

Why Does Android Not Need Task Killers?

I would like to quote Geek For Me at this point:

What You Should Do: Let Android handle tasks itself. Don’t set programs like Advanced Task Killer to auto-kill apps. Use ATK only when you need to kill an app that is misbehaving.

And if you're on FroYo (Android 2.2), you can't kill tasks using task killers anyway. The update disallows one app to kill other apps.

How To Increase Your Android Phone's Battery Life

With them misconceptions out of the way, I now suggest that you read the following articles which have tips on how to increase battery life. But make sure you keep in mind the above points

For the latest and greatest news from Silicon Valley and beyond, you can follow Waisybabu on Twitter. 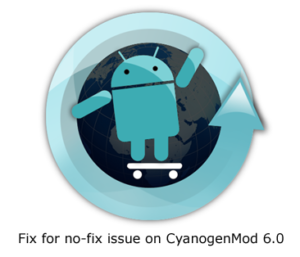