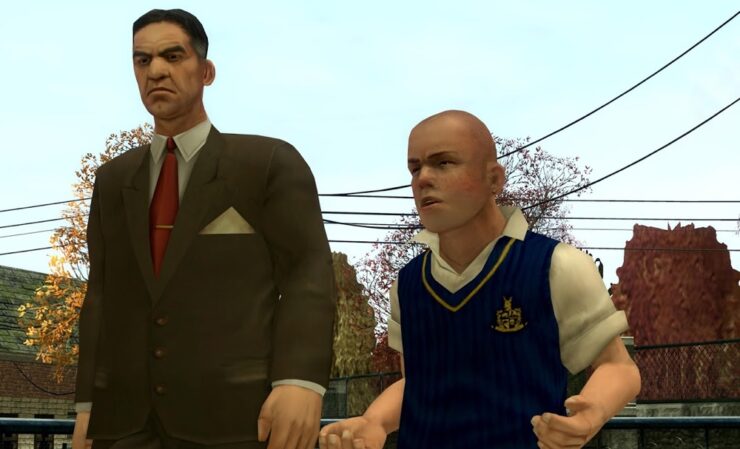 Bully: Anniversary Edition game for iOS and Android has been released. You can download it right now for a price of just $6.99.

Originally released on PlayStation 2 back in 2007 by Rockstar Games, Bully is an all-time classic that is worth a shot. Now with reworked graphics, improved lighting and gameplay, the title is now being released on iOS and Android devices for download.

Once download and installed, here's what you can expect from the game:

Features:
• Includes the complete Bully story with extra missions, characters, classroom mini-games, and unlockable items from Bully: Scholarship Edition
• Gorgeous graphics: high resolution textures, dynamic lighting, shadows and particle effects
• Native support for high resolution displays
• Challenge your friends anywhere with turn based multiplayer Friend Challenges. Play on the go and get notified when it’s your turn
• Intelligent touch controls with contextual buttons only when you need them
• Seamlessly continue your game across all your devices with cloud saves via the Rockstar Games Social Club
• Physical controller support
• Taptic Engine Feedback for all buttons on iPhone 7 class devices
• Capture your gameplay with Replay Kit support on iPhone 6S and greater class devices

There's a lot in there to keep you busy for a considerable amount of time.

Like I mentioned at the opening of this article, the game will set you back $6.99 on both iOS and Android. Unlike many titles out there, you simply pay once and play as much as you want. There are no in-app purchases whatsoever. And we really hope things stay that way. In-app purchases on top of an already paid game or app is somewhat unjustified in a lot of cases. But hey, that's how things are these days.

Simply tap on the links below to initiate the download. Just make sure you have at least iOS 9.0 (or higher) or Android 4.0 (or higher) on your device in order to dive into action.

If you have been looking for something 'interesting' to play on your mobile device for quite some time then Bully: Anniversary Edition is a good place to start. The graphics are simply stunning and the gameplay, as usual, brilliant by today's standards. Just don't get too much carried away while you are at it.

Downloaded and played the game already? Then be sure to let us know in the comments section what you think about.