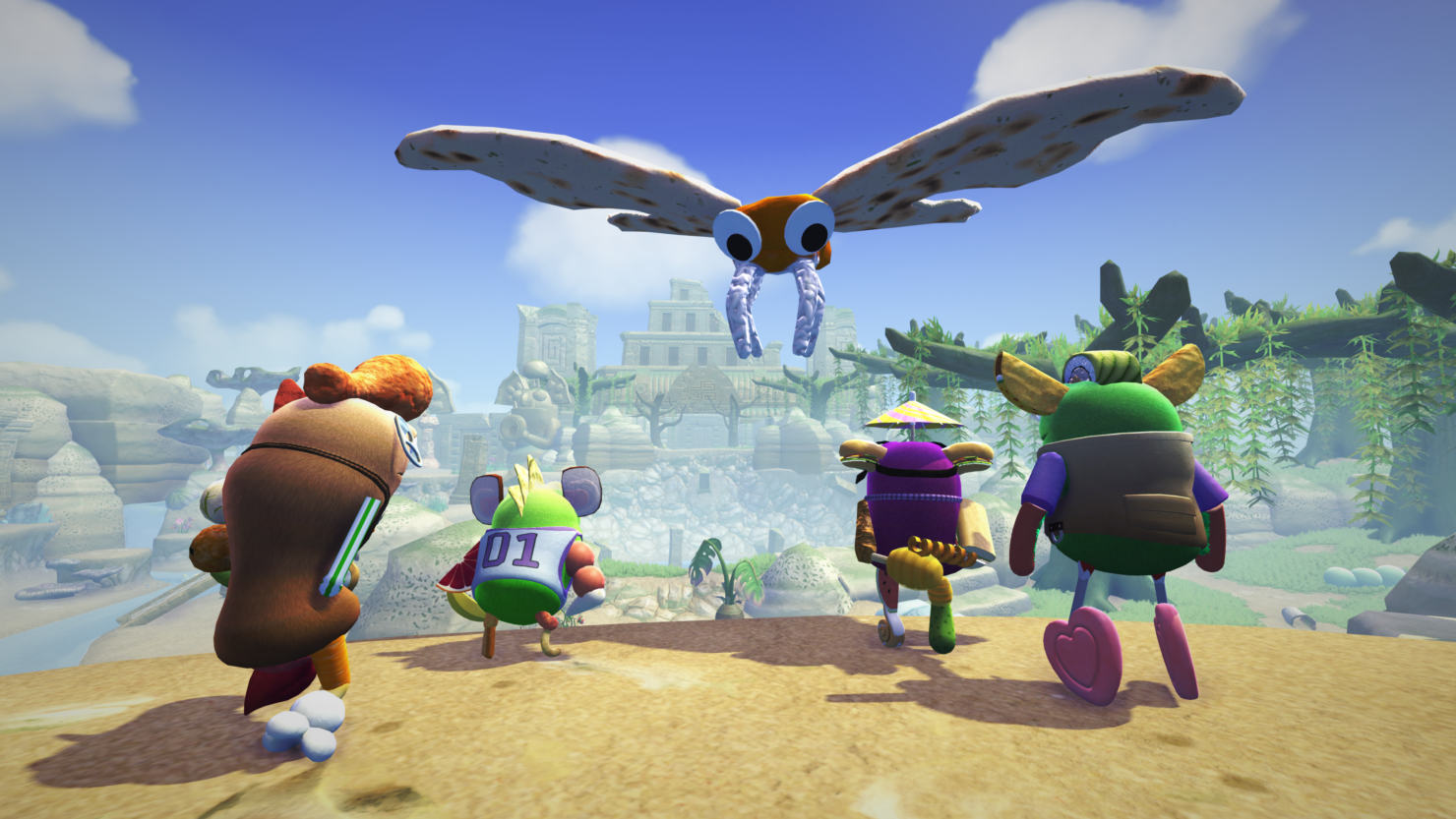 Bugsnax, the game that's a wild trip where you care about literal animals made out of food, is finally coming to Xbox and PC. In fact, the game is going to be available for Xbox Game Pass owners. In addition, the game's also been confirmed to come to Nintendo Switch. So, Nintendo Switch players will be able to, as we say 'Snap Into These 'Snax'.

Young Horses, the developer of the game, proudly announced today that Bugsnax is coming to Nintendo Switch, Xbox Series X|S, Xbox One, Windows 10, and Steam on April 28. The game is going to be available with a neat price tag of $24.99. Additionally, the game will also have a 20% discount on the days leading up to its release.

You can watch a trailer that explains the features coming to the PC and Xbox versions of the game below:

And yes, this also means that the free expansion for Bugsnax known as the Isle of Bigsnax is also going to become available for users... For free. This expansion to the main campaign includes 3 to 4 hours of new story content - with Yuri Lowenthal, Casey Mongillo, Debra Wilson, and Haviland Stillwell returning to voice their respective grumpuses - and new exciting Bugsnax to discover.

Additionally, it's been confirmed that the soundtrack for Bugsnax is going to be brought to vinyl in a special collection. This super-sized two-disc LP includes 25 tracks from composer Seth Parker, stamped on vinyl with drool-worthy colorways. More details regarding this special edition of the soundtrack will be made available later this year.