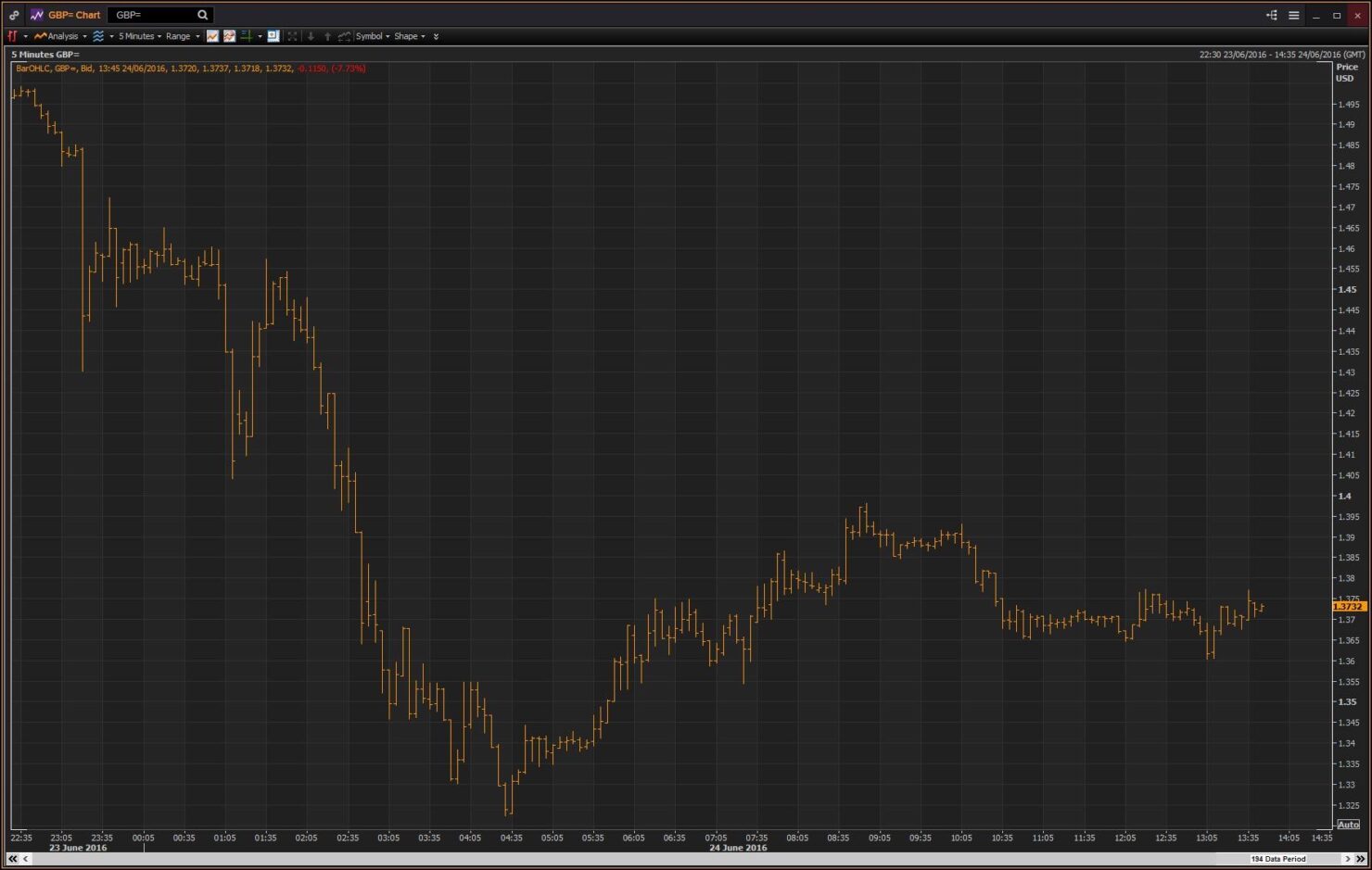 For further coverage on the global financial fallout, please check our other post on Brexit here.

As the voting on Brexit became final today, and the UK voted to opt out of the European Union, its impact on global financial markets has already started to surface. The Pound Sterling has hit a historic low and markets around the world, including the Chicago Volatility Index have started to react predictably to the historic referendum whose results surfaced today. One of the major concerns following the UK's leave decision is a potential political contagion, as other countries will also now want to consider the option to leave.

Given that the European Union, when combined, is an economic and military superpower in its own right, should other countries also choose to leave it, the consequences will undoubtedly be far reaching, global and severe in nature. We're going to take a look here at how the key players in the Union have reacted to the UK's vote to leave and how this should impact the global political dynamics in general.

As the United Kingdom has long held a key position in European politics, the country's decision to leave the European Union has started what some are now describing as a chain reaction. The first and perhaps the most major party to react to this bit of news was France, with the French now also announcing their intentions to have referendum to exit the Union. Given the Sterling's crash following today's Leave decision, France has now also overtaken UK as the world's 5th largest economy.

So its no surprise that the French are as eager to have a referendum of their own as early as possible, and to that end we've already started to see reactions from across the English Channel. National Front leader, Marie Le Pen, who's got political ambitions of her own for the presidential election next March, was quick to hit twitter with statements of her own. Ministers in the French government have already met at 8am (UK Time) to discuss the potential political fallout from the UK's decision to leave, with President Francois Hollande stating the decision was a sad one but must nevertheless be respected.

While Le Pen is quick to rally behind calls of a 'Frexit', current French president Hollande has been eager to remind everyone of the permanence of the decision to exit and the potential economic consequences from the vote, which have already started to manifest. The economic impact of Brexit itself will be quite severe on France as well, who should now be looking to strengthen and retain access to the common market that Britain has now forfeited.

It should also result in the French strengthening their financial services sector, especially as the Brits will now be forfeiting access to common travel and other perks offered as the part of a larger Union. Companies should now start exporting their activities out of London's powerhouse financial markets as they'll be looking to preserve access to the common market, and the country closest is France, sitting right across the waters from Britain.

Hurrah for the British! Now it is our turn. Time for a Dutch referendum! #ByeByeEUhttps://t.co/kXZ0aQtgmx

However, even as Le Pen looks to drum up Right wing support for elections next year, France isn't the only country with calls for a vote. Coming towards the Netherlands, another one of the EU's six founding members, far right Dutch MP Geert Wilders was another one to quickly congratulate the Brits on their decision to exit the Union. Mr. Wilders has already been quite vocal in the days leading up to the referendum, with demands of the Dutch being offered a similar opportunity after the United Kingdom reached a final decision.

In fact, Wilders' party, the Party for Freedom (PVV) is dubbing June 23 2016 as Britain's independence day, with Mr. Wilders further stating that "We want to be the boss again about our own country, our own money, our own boundaries and our own immigration policy. If I become prime minister, there is also in the Netherlands a referendum on leaving the European Union. Let speak the Dutch people. " The contagion's started to spread folks and matters now hinge on how soon the Brits can implement their decision to exit; the longer they wait, the larger these consequences will be.

The Germans on the other hand have been put in a more complicated position after their strongest free and pro market ally chooses to exit the Union. The German right, like the rest of Europe has been quick to condone the UK's leave decision, with the Alternative for Germany (AfD) party's leaders stating that today's referendum marks the right time for a new and changed Europe, with the British having done a service to the rest of the continent.

The AfP has managed to increase its standing among the general public particularly after the country welcomed more than a million assylum seekers inside its borders last year. The German chancellor Angella Merkel on the other hand will now have to decide very carefully on how she wants her country to respond to today's vote. As the EU looks for a leader to rally the remaining states around the Union, Ms. Merkel's role in the matter is very crucial.

The German chancellor is known for taking the lead on several critical issues in the past but should she do so again with Brexit, it will undoubtedly be faced with accusations of undue dominance over the Union - adding further fuel to a fire that's spreading quickly. However, should she choose to remain passive, a massive political vacuum created by one of the EU's most influential states leaving can be filled by others - including France.

Right now the chancellor is promising to uphold the interests of the German citizenry and businesses during the post-Brexit negotiations. Calling the UK's decision to leave the Union a 'watershed' for Europe, Ms Merkel is set to host French president Hollande, Italian prime minister Matteo Renzi and EU president Donald Tusk in Berlin on Monday in anticipation of the European Council meeting that's set to take place Wednesday and will be chaired by Mr. Tusk. She's eager to remind everyone that “We must never forget, especially in these hours, that the idea of European unity was an idea for peace.” 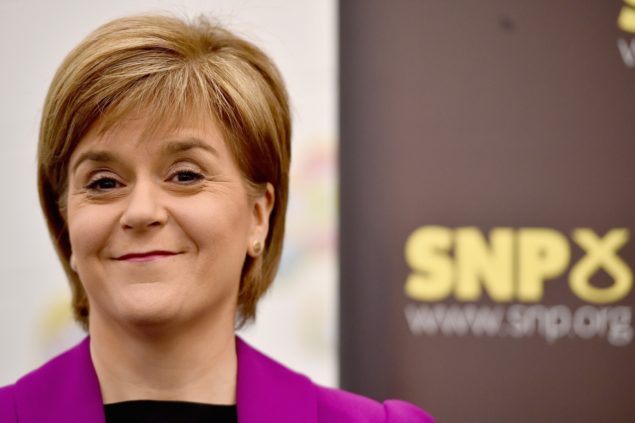 Following the Brexit aftermath, both Northern Ireland and Scotland are also eager to stay in the Union. Nicola Sturgeon, first minister of Scotland believes that a second referendum is now a must for the country to decide whether it wants to stay a part of the United Kingdom. While the Scots rejected independence in 2014, Ms Sturgeon believes that the decision to leave the European Union is against the wishes of her people, particularly as a majority of Scots voted to stay in the Union earlier today. Speaking at her residence in Bute House, the First Minister stated: "I intend to take all possible steps and explore all possible options to give effect to how people in Scotland voted - in other words to secure our continuing place in the EU, and in the single market in particular."

In his response to the UK's decision to opt out of the Union, Northern Ireland's Deputy first Minister Martin McGuiness was quite direct. Speaking earlier today Mr. McGuiness elaborated: "The British government now has no democratic mandate to represent the views of the North in any future negotiations with the European Union and I do believe that there is a democratic imperative for a 'border poll' to be held". His views are to be expected given that the Sinn Fein is Ireland's largest nationalist party. The country's First Minister and Prime Minister, Arlene Foster and Enda Kenny however dubbed such calls as unrealistic and pointed towards more serious issues which require attention.

Ireland, after all along with Gibraltar has the only land border that the United Kingdom shares with the rest of the European Union and any conflicts between two with regards to the decision to opt out could result in complications for the already tense Northern border region. Should the Irish choose to maintain ties with the Union, while the rest of the United Kingdom chooses to opt out, then a return of controls which cover customs and security would have to be considered. It also has the potential to spark up the age old Catholic and Protestant rivalry in the region that took decades to sort out and carries with it the potential to spark up political and military conflict in the region.

Further complicating matters is the fact that out of all of the United Kingdom's territories, Ireland has the potential to be hit the hardest financially and economically in the post Brexit aftermath. While these repercussions do not have the potential to push the Irish economy directly into another recession, growth will slow down. The country's stock and bond markets have already started to react after today's leave vote as well. After 56% of Irish voters expressed the desire to remain in the Union, the aftermath of today's vote will be very precarious for the UK indeed.

In fact, some quarters have already started to claim that this vote could end up dividing the country and ignite age old nationalist issues. Combine this with the increasing demands of right wing sentiments across Europe of nationwide referendums, particularly the French and the Dutch, we might get to witness a Europe divided at levels not seen in decades. As financial markets stumble and politicians rally for leave calls, today's referendum in the United Kingdom is a very historic one indeed. We'll just have to wait and see how Merkel and the others choose to respond and how soon the United Kingdom activates Article 50. Till then, stay tuned and let us know what you think in the comments section below. We'll keep you updated on the latest.