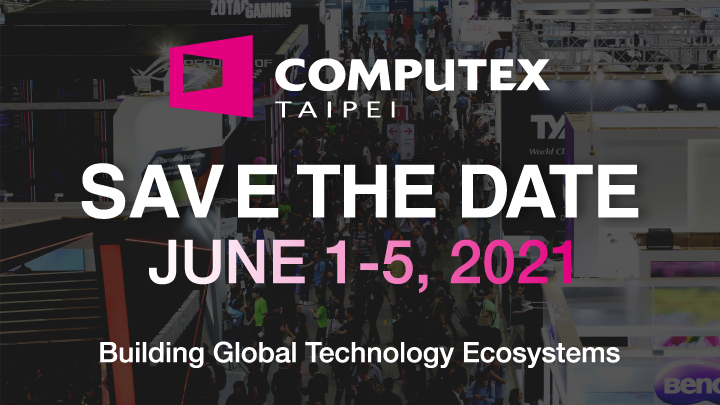 The Taiwan External Trade Development Council (TAITRA) announced today that Computex 2020 has been cancelled due to Covid-19. 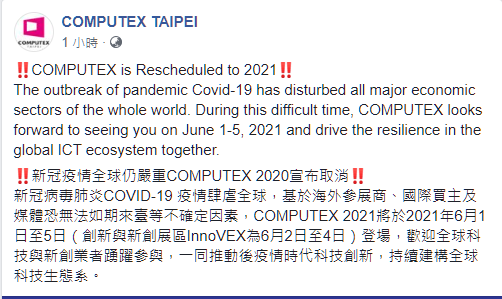 The show was originally postponed to September due to the Covid-19 pandemic, but with Taiwan sealing off its borders to foreign citizens and no timeline for reopening, organizers have decided to reschedule the show entirely for 2021. Only foreign nationals with a residency permit are allowed to enter Taiwan, but anyone entering the country must do a 14-day quarantine. There is some talk about loosening restrictions for business travellers, but still anyone entering Taiwan would have to do a 5-day quarantine.

In 2003, with the outbreak of SARS, event organizers moved Computex to September instead of the usual calendar placement of June. But the SARS pandemic was much more contained: There were only 8,000 cases and 800 deaths worldwide; Covid-19 currently has 7.15 million cases and nearly 408,000 deaths.

In contrast to most of the world, Taiwan has contained the pandemic with only 443 confirmed cases and 7 deaths. There are currently less than 5 active cases on the island. Most Taiwanese approve of President Tsai Ing-wen's handling of the pandemic, with recent polls showing that her administration's approval rating has hit an all-time high of 73%. 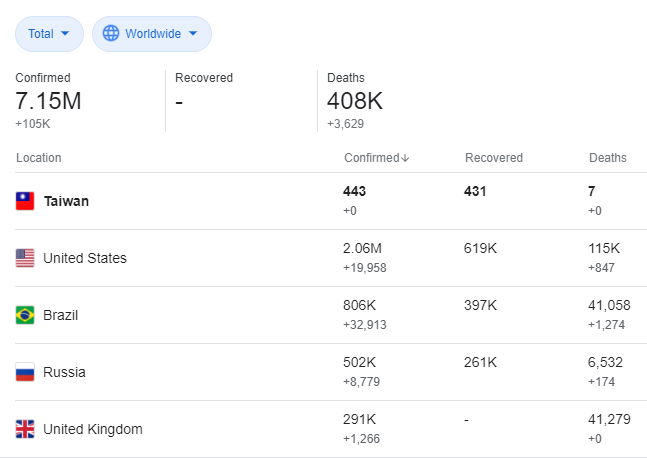 In most Western countries the virus is still out of control, so understandably event organizers and health authorities in Taiwan decided the most prudent course of action would be to cancel the event.

Before event organizers decided to cancel Computex 2020, it had the distinction of being one of the last major tech events still scheduled. The usual tech tradeshows and conferences had all been cancelled or moved online, in March organizers made the call to move the event to September based on a commissioned report from McKinsey that said the virus would be contained to an acceptable level by then.

Earlier this week the Consumer Technology Association announced that CES 2021, scheduled for early January, would be an in-person event in Las Vegas. Most states in the US have eased Covid-19 restrictions, even as confirmed cases and deaths continue to surge.