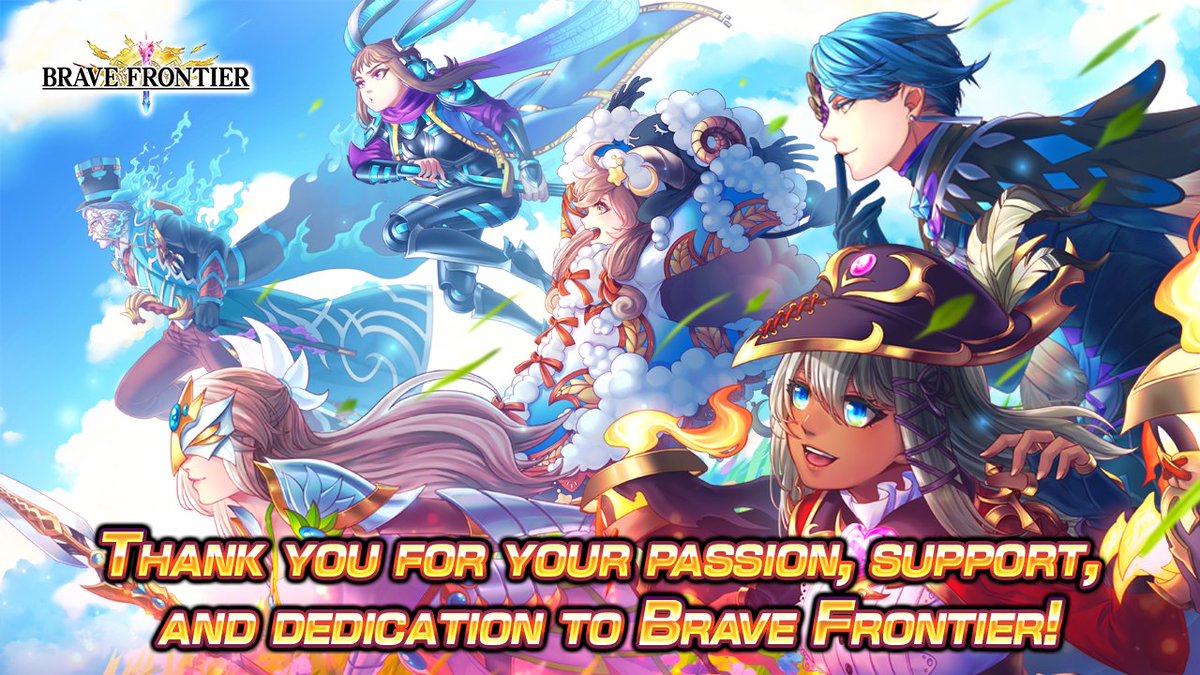 Mobile gacha games are probably the most common apps available on mobile app stores. It includes the likes of Dissidia Final Fantasy: Opera Omnia and Dragon Ball Dokkan Battle, and if done right, they can very much make bank. This brings us to a smaller gacha, a game named Brave Frontier, designed by Gumi.

Brave Frontier was originally launched back in July 2013 and allowed players to take control of tons of original heroes as they embark on a journey to save Grand Gaia. It had the usual features of a gacha, being banners that you can pull from, resources that you can grind to make your life a bit easier, and even an energy bar for quests, to name a few.

Fast forward almost nine years and after several crossovers, Brave Frontier is now at the end of its journey as a gacha. Last night, the Brave Frontier Global Twitter account had to deliver the news to its dedicated player base. The tweet informed players of the shutdown of the game. With this, Brave Frontier joins the ranks of BlazBlue DarkWar as a dead gacha. You can view that tweet below.

Essentially, it’s warning players that the game will be fully shut down as of next month. April 27th, 2022, to be exact, is when the game will close its doors permanently. Had it lasted until July, it would have been nine years old. Gem purchases are going away even earlier, as they’ve been completely shut down as of 4:00 AM EST this morning.

The title has had its fair share of crossovers and other series joining its heroes, like The King of Fighters, Guilty Gear, and Shin Megami Tensei IV. The team has also provided a link that leads to more information regarding refunds for purchases. It should be worth noting that this link’s information will pertain to the unused currency that was purchased. Brave Frontier is available now on most mobile app stores.