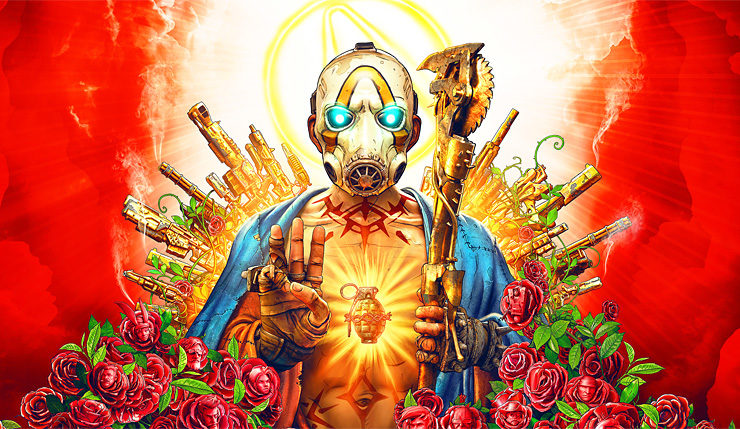 The very first Borderlands 3 trainer has now been made available for PC, which allows users to play the game with infinite health, experience, ammo and more.

Created by modder ‘FLiNG’, this trainer offers numerous options for those who can’t spare the time to grind. Aside from infinite health, XP, and ammo, the trainer also allows players to use super speed, super jump, rapid-fire, no recoil and a damage multiplier. Down below you’ll find all of the options that are included with the trainer. 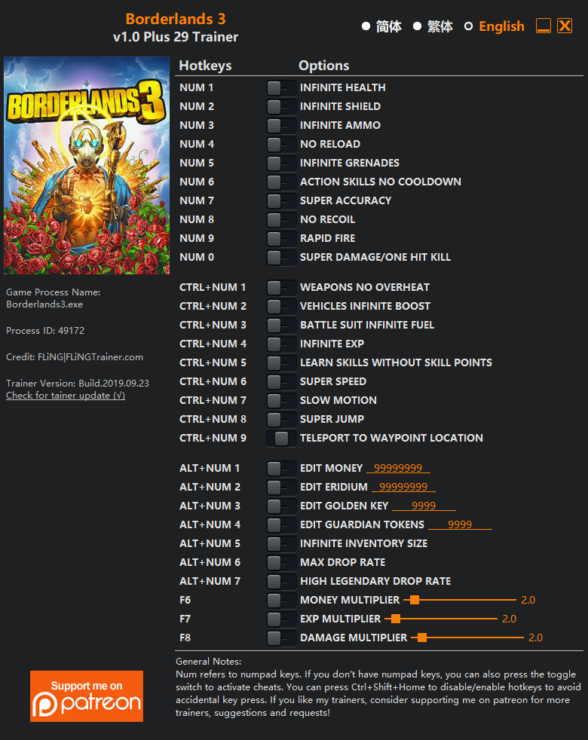 “Infinite Health” also works for your battle suit and vehicle.

While driving vehicles, don’t activate “Super Damage/One Hit Kill”, as it will also one hit kills your vehicle. You can use damage multiplier if needed, but you would also need to use “Infinite Health” to keep your vehicle health full.

“Learn Skills Without Skill Points” will set your skill point to zero so you won’t see the annoying message that tells you to spend unused skill points.

“Edit Eridium”: You need to obtain at least one Eridium for it to work.

“Edit Golden Key”: You need to obtain at least one Golden Key for it to work. To get golden keys early in the game, the best way is just to use the shift codes (ZFKJ3-TT3BB-JTBJT-T3JJT-JWX9H) to get 3 golden keys reward instantly. The shift codes maybe time limited, if this one is outdated, you should be able to find others by googling.

The Borderlands 3 trainer can be downloaded through Nexusmods here. Borderlands 3 is available globally now for PC, PS4 and Xbox One. As expected, this trainer is only available for the PC version of the game.

After being announced back in April of this year, Borderlands 3 was released earlier this month.

“There is something special about seeing an idea start and watching that idea go through multiple people who each contribute their effort and their talent to make the idea a reality,” the game's Creative Director Paul Sage wrote in an open letter to fans upon the game's release. “I cannot stress enough how the team has come together to make sure we have produced a worthy successor to Borderlands 2, but I hope more than just feeling the team’s passion, more than getting to experience the next Borderlands, you get to sit down, laugh a little, and just have a damn good time.”