Finally there is some great news for Verizon HTC Droid Incredible 4G LTE users. Some really cool members at XDA developers, where virtually every Android hack erupts from, have managed to unlock Verizon HTC Droid Incredible 4G bootloader! For those who are unaware, unlocking the bootloader basically allows you to gain permanent root access on your phone followed by your ability to flash custom recoveries, ROM or other tweaks. Although bootloader unlocking is now provided officially by some manufacturers, this particular phone’s bootloader unlock isn't yet available by the carrier or the manufacturer. 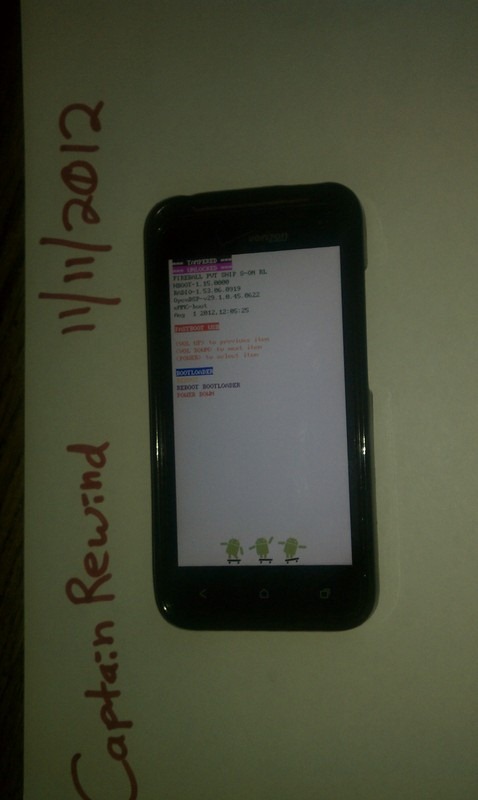 It is necessary to mention here that this unlock bootloader method for the Verizon Droid Incredible 4G isn’t for everyone. You need to be well-versed in ADB followed by a good command over handling the Android SDK and some basic ADB commands to get the things going.

In order to get this bootloader unlock working, you will need a hex editor and the Android SDK. For now, we aren’t posting the instructions since this method carries considerable risk of you messing up your device. We believe that soon there will be an easier bootloader unlock method available that will considerably reduce the risk of device bricking or any other damage that might incur.

But if you are ready to get your phone free from the shackles of the manufacturer, then head on to the official Verizon HTC Droid Incredible 4G LTE bootloader unlocking XDA thread posted here. All credits for this bootloader unlocking goes to Jose51197 and Captain Rewind at XDA and they will be your guide if you mess anything up while attempting the hack. But please make sure that you attempt any Android hack on your own responsibility. As for those who’d like waiting for a simpler method, we ensure that we will post it once it is made public.