After making history with its first reusable rocket landing back safely in November last year, Blue Origin managed to repeat the feat a second time on Friday 22nd January 2016. The private space company which belongs to Amazon’s billionaire founder Jeff Bezos launched and landed its rocket New Shepard for the second time successfully. Although the reusable rocket New Shepard is not yet able to accomplish missions out in orbit, it still has given us a lot hope and proof that the future holds a good place for such technology. This has opened up new gates for the future of spaceflight on reusable rockets and would allow the humankind to get further into space than ever before.

"Our vision: millions of people living and working in space," says Blue Origin in the video of the landing above. "You can't get there by throwing the hardware away." 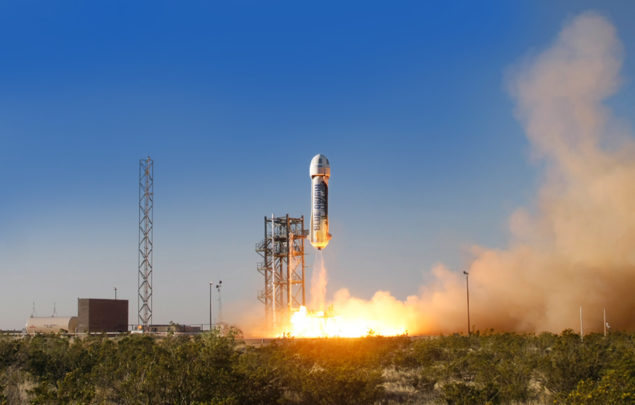 Bezos said that the New Shepard single stage rocket booster was launched from Blue Origin’s West Texas launch site. The reusable rocket managed to clear the tower and reached an altitude of around 102kms. This is important to know because at this altitude the rocket is able to clear the Karman line (in the Thermosphere) , which is the official boundary between outer space and the Earth’s atmosphere and is at 100kms above sea level.

The last time the rocket was launched it reached an altitude of 100kms into the suborbital region and this time it went a little more than the previous effort. Founder Bezos also told Business Insider that the rocket has been integrated with new software, by the company’s engineers that allow the rocket to target its landing point from a farther distance and make a better landing than last time it was launched.
This new software will work pretty much like airplane pilots do, who don’t make most landings in the center of the runway rather they make the safest landing depending on drift and other conditions. The New Shepard rocket has also been programmed in such a way: 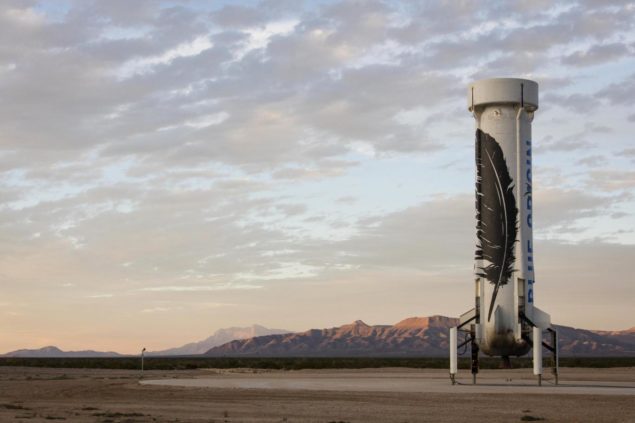 New Shepard rocket after landing back safely on Earth

While many of us might be comparing Blue Origin and SpaceX- which also almost successfully launched and landed their reusable rocket a few days ago- the two companies are doing quite different things. Although they are both testing out reusable rockets at the same time, the main difference is that the Falcon 9 of the SpaceX is actually targeting to land back after missions in the International Space Station (ISS). While the New Shepard is not getting anywhere near the ISS, it just barely made it above the Karman line and still has around 300kms more to go.

"[Back in November], SpaceX’s Elon Musk gave Blue Origin’s Jeff Bezos grief (mixed with congratulations) that getting to space wasn’t the same as orbital spaceflight," says Mika McKinnon at Gizmodo. "He legitimately emphasised that what he was doing with SpaceX and the Falcon 9 was in a totally different class. SpaceX pulled off its own first post-mission vertical landing a month later, delivering a Falcon 9 rocket to Cape Canaveral in Florida." 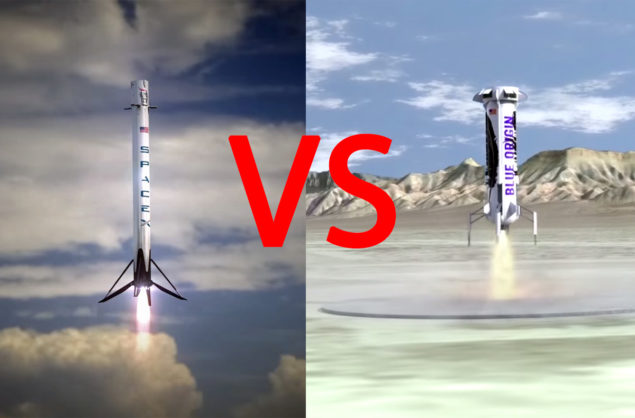 The difference between the New Shepard of Blue Origin and Falcon 9 of SpaceX was explained by head of communication Jessica Pieczonka:

"SpaceX is only trying to recover their first stage booster, which is of course suborbital. The SpaceX first stage does an in-space deceleration burn to make their re-entry more benign. If anything, the Blue Origin booster may be the one that flies through the harsher re-entry environment. Finally, the hardest part is probably the final landing segment which is the same for both boosters."

Whatever the differences, this is all too thrilling and these companies and their awesome founders should be given a big hand for their projects. Let’s hope more research is done on spaceflight technology so that Jeff Bezos can finally accomplish his dream of making an orbital community with a lot of people. Let us know your thoughts in the comment box below.