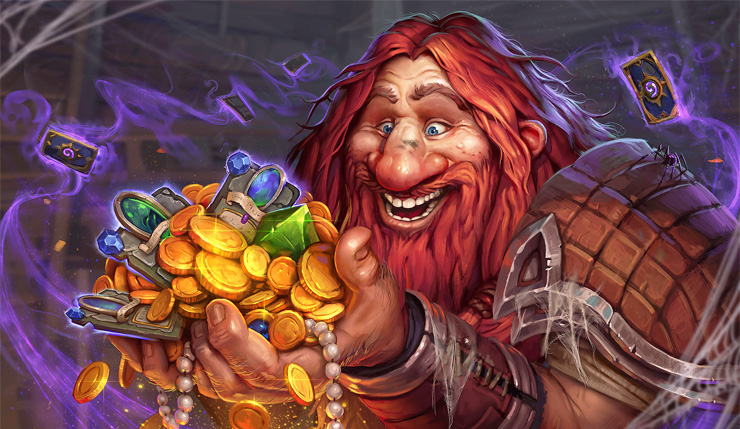 Blizzard’s Hong Kong headache isn’t going away. For those not keeping up, last week at the end of a post-game interview at the Asia Pacific Hearthstone Grandmasters tournament, Ng “Blitzchung” Wai Chung unexpectedly shouted “Liberate Hong Kong, revolution of our age!” in Mandarin. Blizzard responded to the outburst by banning Ng Wai Chung from Hearthstone competitions for one year and forcing him to forfeit his winnings from the tournament. Blizzard would later partially walk back their punishment, reducing Blitzchung’s suspension from a year to six months and letting him keep his prize money. Nevertheless, Blizzard has continued to face intense backlash from those who feel this is a clear case of Blizzard kowtowing to Chinese authorities.

Well, now Blizzard has handed out three more suspensions to Hearthstone players expressing support for the Hong Kong pro-democracy protests, although this incident didn’t unfold in quite the same way. Shortly after Blitzchung’s ban, the American University collegiate Hearthstone team, consisting of Casey Chambers, Corwin Dark, and TJammer (he hasn’t revealed his real name), held up a sign during a stream reading “Free Hong Kong, Boycott Blizz.” This was an intentional provocation, as the team quit in protest shortly after, and yet Blizzard had nothing to say about the incident for over a week. Many saw this as evidence Blizzard wasn’t just handing out unnecessarily harsh punishments for those speaking up about Hong Kong, but doing so inconsistently. They were all too willing to lower the boom somebody from Taiwan, but it seemed like American players were off limits.

That’s now changed, as Casey Chambers has made the “happy” announcement that the American University team has received their own six-month ban.

Happy to announce the AU Hearthstone team received a six month ban from competition. While delayed I appreciate all players being treated equally and no one being above the rules. pic.twitter.com/mZStoF0e0t

During week 4 of the Fall 2019 Hearthstone Collegiate Championships, players GiantDwarf, TJammer and Xcelsior were in violation of section 7.1.B of the Hearthstone Collegiate Championship rules for engaging in behavior disruptive to the official esports broadcast. The players are disqualified from the ongoing tournament and will be ineligible to participate in Hearthstone esports for 6 months, beginning from October 8th, 2019 and extending to April 8th, 2020. Following the 6 months suspension, the players may, at their discretion, continue to participate in Hearthstone esports.

It’s unlikely this is the last twist or turn this story will take. Now that Blizzard has established the precedent that everybody gets a six-month ban for speaking up about Hong Kong, will we see other pro players and streamers intentionally defying the company? What will the scene be like at BlizzCon 2019, which is only a couple short weeks away?

What do you think? Is there any way Blizzard can dig themselves out of this mess? Do they deserve to dig out after the way they’ve handled things?