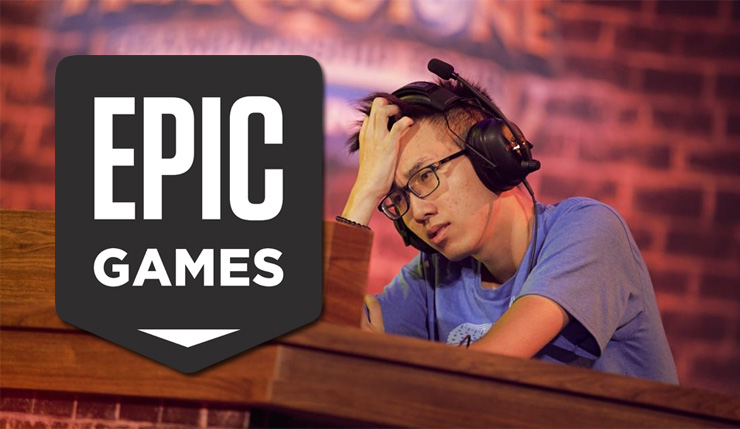 As you may have heard, Activision Blizzard found themselves in a spot of political hot water this weekend when they opted to suspend a professional Hearthstone player for voicing support for the ongoing pro-democracy protests in Hong Kong.

For those who haven’t been keeping up, at the end of a post-game interview at the Asia Pacific Hearthstone Grandmasters tournament, Ng “Blitzchung” Wai Chung removed the face mask he was wearing to shout “Liberate Hong Kong, revolution of our age!” in Mandarin. Blizzard responded to the outburst by banning Ng Wai Chung from Hearthstone competitions for one year and forcing him to forfeit his winnings from the tournament (reportedly around $10,000). Blizzard insists they “stand by [people’s] right to express individual thoughts and opinions,” but that pro players aren’t allowed to “engage in any act that, in Blizzard’s sole discretion, brings you into public disrepute, offends a portion or group of the public, or otherwise damages Blizzard image.”

Of course, this incident also sheds light on other gaming companies doing business in China. For instance, Tencent owns 40 percent of Epic Games, so would there be any situation where they would punish or censor their players/streamers for expressing opinions the Chinese government might not like? Epic released an official statement, insisting that will never happen.

Epic supports everyone’s right to express their views on politics and human rights. We wouldn’t ban or punish a Fortnite player or content creator for speaking on these topics.

Epic supports the rights of Fortnite players and creators to speak about politics and human rights.https://t.co/GWxDjKVjeJ

Yes, absolutely. That will never happen on my watch as the founder, CEO, and controlling shareholder.

Needless to say, this isn’t the last story of this type we’re going to see. Tencent has a stake in more than a dozen gaming companies, including Epic Games, Activision Blizzard, Ubisoft, Riot Games, PUBG Corp., Paradox Interactive, Funcom, Frontier Developments, and Discord. And it isn’t just gaming that’s affected by China’s growing influence – the NBA is currently in the midst of a very similar controversy following a team manager’s tweet about the Hong Kong protests.

Epic Games is controversial for any number of reasons, but their support of free expression is commendable. Let’s hope they stick to their guns, and other publishers have the courage to do so, as more of these types of conflicts inevitably arise.