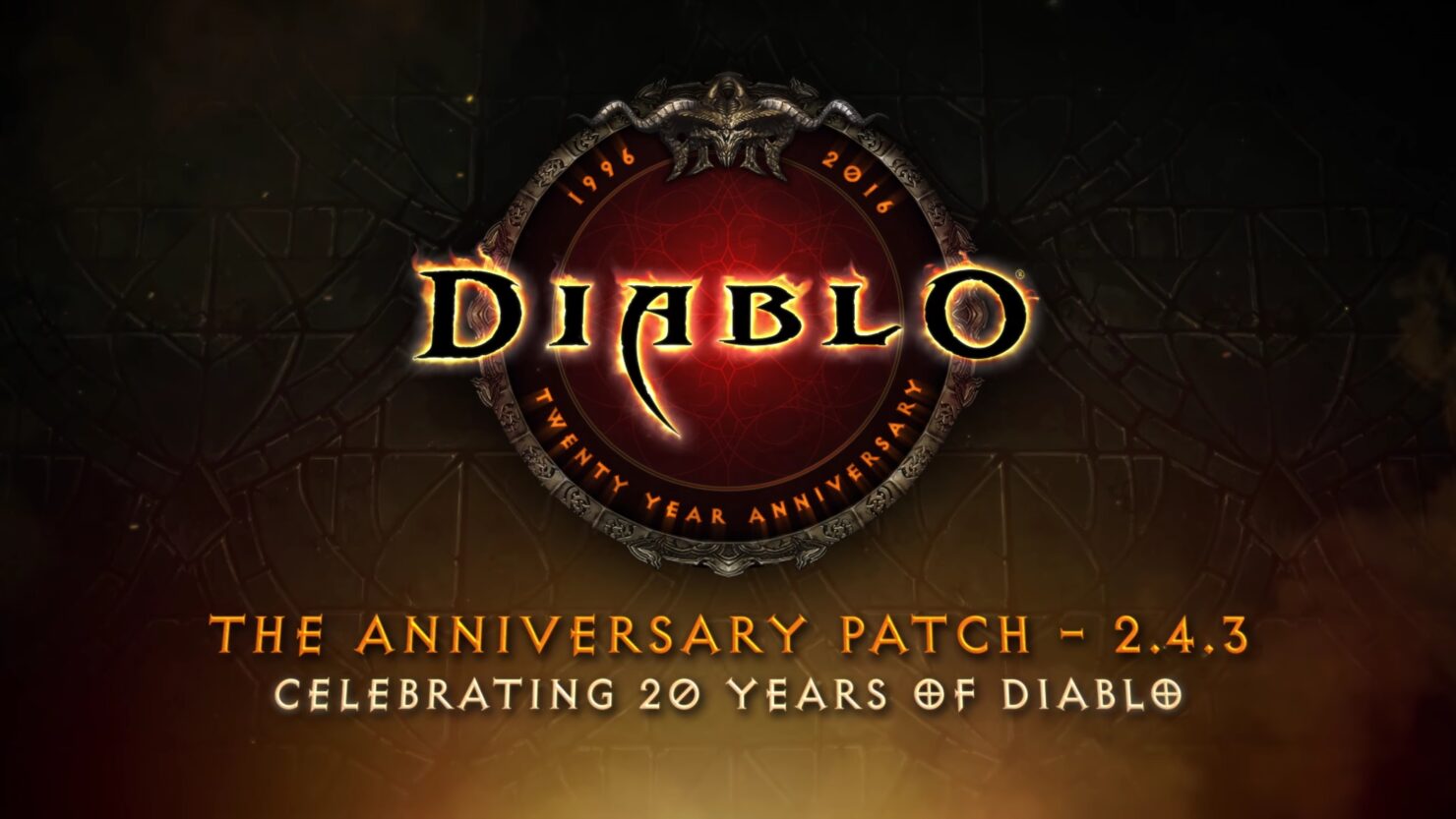 At Blizzcon 2016, Blizzard announced that to celebrate the Diablo 20th anniversary they'd recreate the events of the first game in a special dungeon. This will only be available in the month of January and it will be recurring every year from now on.

This will happen in Patch 2.4.3 and Blizzard detailed what you can expect in this update with an official blog post. To begin with, the official notes mention that a 64-bit client has been added as the default for a 64-bit Windows OS; this should introduce improvements to system performance and loading times.

With regards to content, players will find "transmogrification rewards, achievements, and a handful of extra surprises lurk in the depths of this perilous, pixelated dungeon" via the Diablo 20th anniversary update.

But there's more. Make sure to check all the details of the Diablo 20th anniversary update, including a video overview below.

Greater Rifts are the bread and butter of any seasoned Diablo III player’s end-game experience. We’ve got a handful of updates in store to help smooth out your gameplay experience in these ever-changing dungeon delves.

Monster distribution has been spread out more evenly, and the size of each floor is now more consistent. On average, a rift should take between two to four floors to clear. The tile types you see will vary more frequently, making it much less likely to see the same floors follow each other back-to-back. Finally, those of you with survivability in mind will find extra reward in staying alive; players who avoid death in a Greater Rift will be rewarded with one additional chance to upgrade their Legendary Gems!

In addition to a slew of bug fixes, several quality of life changes are coming to Diablo III, affecting everything from monsters to the way you dye your gear!

Leaping enemies like Winged Assassins, Punishers, Lacuni Huntresses, and Burrowing Leapers can now be slain in mid-air, making for some pretty epic killing blows. Sharpen your blades, because enemies with unattackable phases like Sandsharks, Snakemen, and Rockworms will spend less time avoiding you and more time baring their fangs.

Several enemy affixes have been tweaked, including updates to Shielding, Reflects Damage, and Electrified. In addition, an entirely new affix, Juggernaut, is entering the fray. These monsters are nigh unstoppable as they are immune to all crowd control effects, but they move more slowly than other enemies and are more susceptible to damage.

Finally, Sanctuary’s finest fashionistas will find that their cache of dyes have moved to a new location! Dyes are now held by Myriam, the Mystic, and she’s happy to help you coordinate your boots and cloak to perfect chromatic harmony. Or dissonance. We won’t judge.