Sgt. Frank Woods is back in Call of Duty: Black Ops 2's, the fifth Call Of Duty game by "Treyarch" presents a whole new different world engaged in future war, Changes take place not only in the revolutionary robotic warfare but the twisted storyline and brilliantly executed plot and progression design. 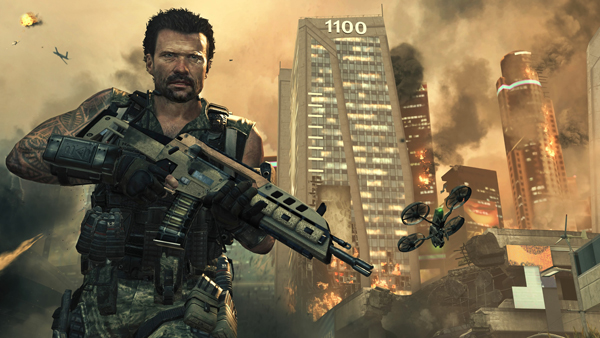 Set in the near future year 2025, according to the site Black Ops 2 will push "the boundaries of what fans have come to expect from the record-setting entertainment franchise" and "propels players into a near future, 21st Century Cold War, where technology and weapons have converged to create a new generation of warfare."

China is at a brink of war with United states with an argument and contention for rare Earth elements and planet resources which leads a cold cyber terrorism, with no solution of the problem at hand, a terrorist organization hacks into America's vast drone network and turn their deadly asset's against them.

Campaign kicks off  during the 80s, with "Sgt. Frank Woods" who apparently did not die, but the major plot of the story takes place in 2025 with the protagonist "Alex Mason's" son, "David Mason" and some new character's as "Menedez" who is a terrorist leader and "Harper". 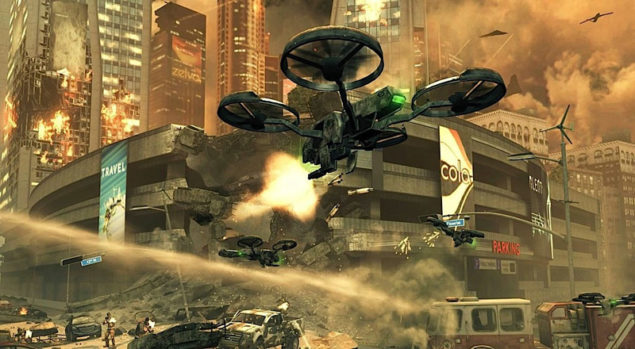 Diverging the single player campaign experience, Treyarch’s introducing new “Strike Force” missions. Player completely control the conflict course in mission's by strategically playing all your operatives in a number of levels. You also pick one mission at the cost of others, meaning that you and your friends might not experience the same battlefields.

Each Strike Force mission lets you choose the order you complete objectives and what units to play with, always getting the kill help by walking robots and UAVs, and the best part is that at any given time you can zoom out to an overwatch view of the battlefield to selecting a new unit and then shifting to its perspective. You can rapidly possess whatever unit suits your need. You can also issue orders from the overwatch mode, playing through entire Strike Force missions in a real-time strategy manner.

With all the confusion going on with Black ops 80's theme and and the modern era "Black Ops 2" offers  multiplayer set in the 2025 universe, not the past. Activision’s Call of Duty social network, Call of Duty Elite, will be integrated at launch.