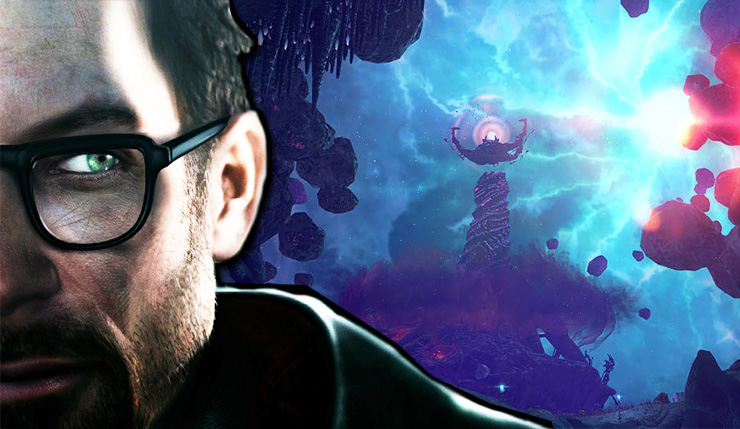 After nearly 15-years of development, Black Mesa is finally complete. For those unfamiliar, Black Mesa is a third-party remake of the original Half-Life featuring updated graphics and modernized gameplay. Originally, Black Mesa omitted Half-Life’s not-well-loved Xen chapters, which replace the game’s usual FPS action with clunky platforming. That was an understandable move, and yet, isn’t improving on what came before the core challenge of a good remake? Just avoiding the Xen levels didn’t seem quite right.

So, over the past few years Black Mesa developer Crowbar Collective have been working diligently to add heavily-revamped versions of the Xen levels back to the game, and after a short beta period they’re now available! Black Mesa: Xen is still technically in Early Access, but the remade Xen chapters are now playable for all, and it seems like a full 1.0 release isn’t far away. Check out a trailer for Black Mesa: Xen, below.

The Early Access launch of Black Mesa: Xen comes with a variety of tweaks and updates – you can check out the full changelog here. Crowbar Collective have also released a roadmap of what they want to achieve before taking Black Mesa: Xen out of Early Access:

Black Mesa: Xen is 20 percent off on Steam right now. The perfect thing to keep you occupied when you wait for Half-Life: Alyx!