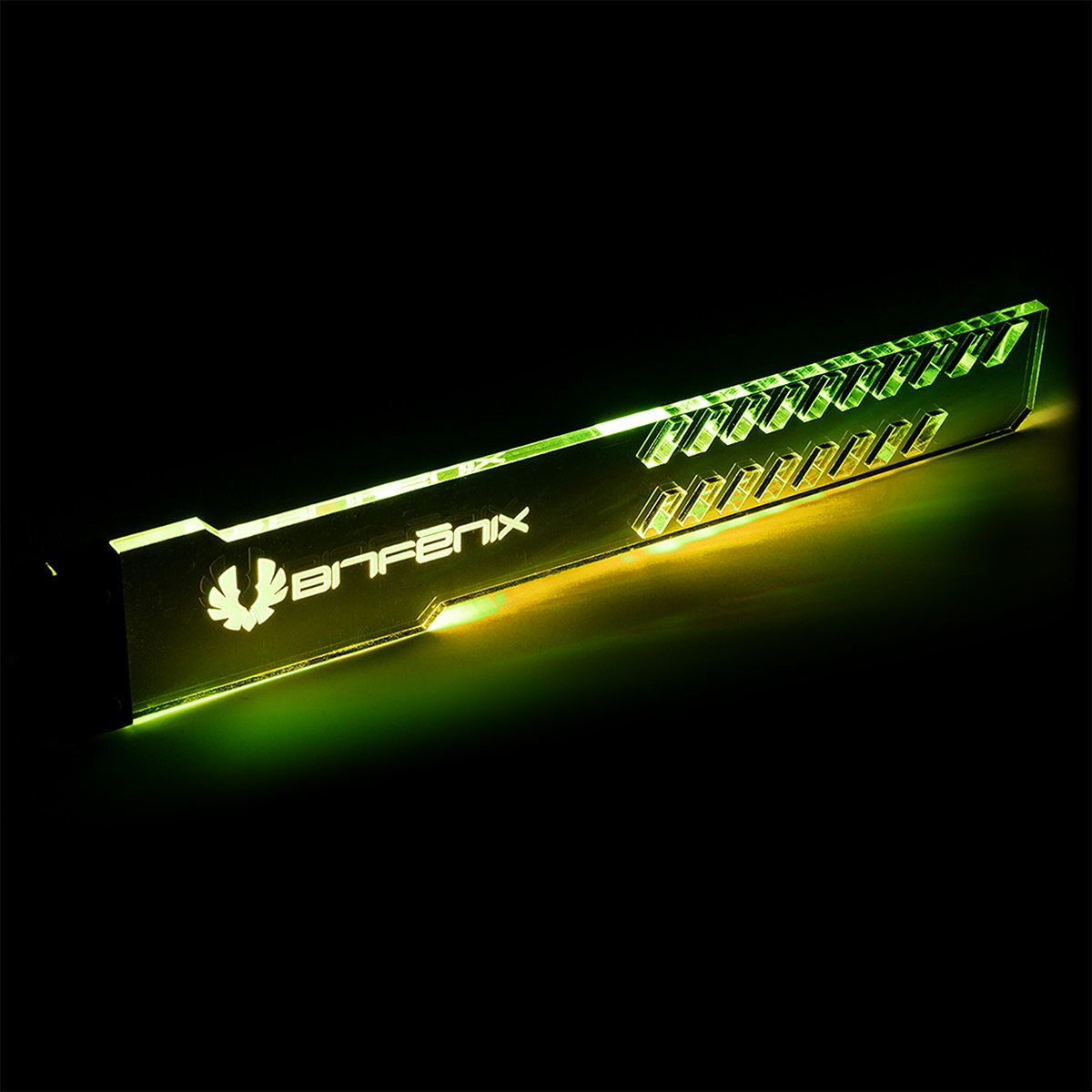 BitFenix has announced the Alchemy 3.0 GPU support bracket which is designed to keep your GPU stable all the while adding some fantastic RGB to your case. This bracket can be daisy-chained into your current RGB lights setup, RGB strips or connected to your RGB fans, and this keeps the RGB lights synchronized, keeping your PC looking fabulous all the while keeping your GPU beautiful and stable.

BitFenix has a product that will stop GPU sag, and the Alchemy 3.0 GPU bracket plans to keep even an RTX 2080 Ti upright

This bracket offers support for graphics cards weighing up to 16 lbs, and this allows every type of GPU to be supported and have little to no sag, all the while being able to daisy chain with existing Alchemy 3.0 LED lighting strips and Spectre ARGB fans through 3-pin 5 volts connection. This allows for the LEDs to be controlled entirely through the software on the computer that this bracket is installed into! 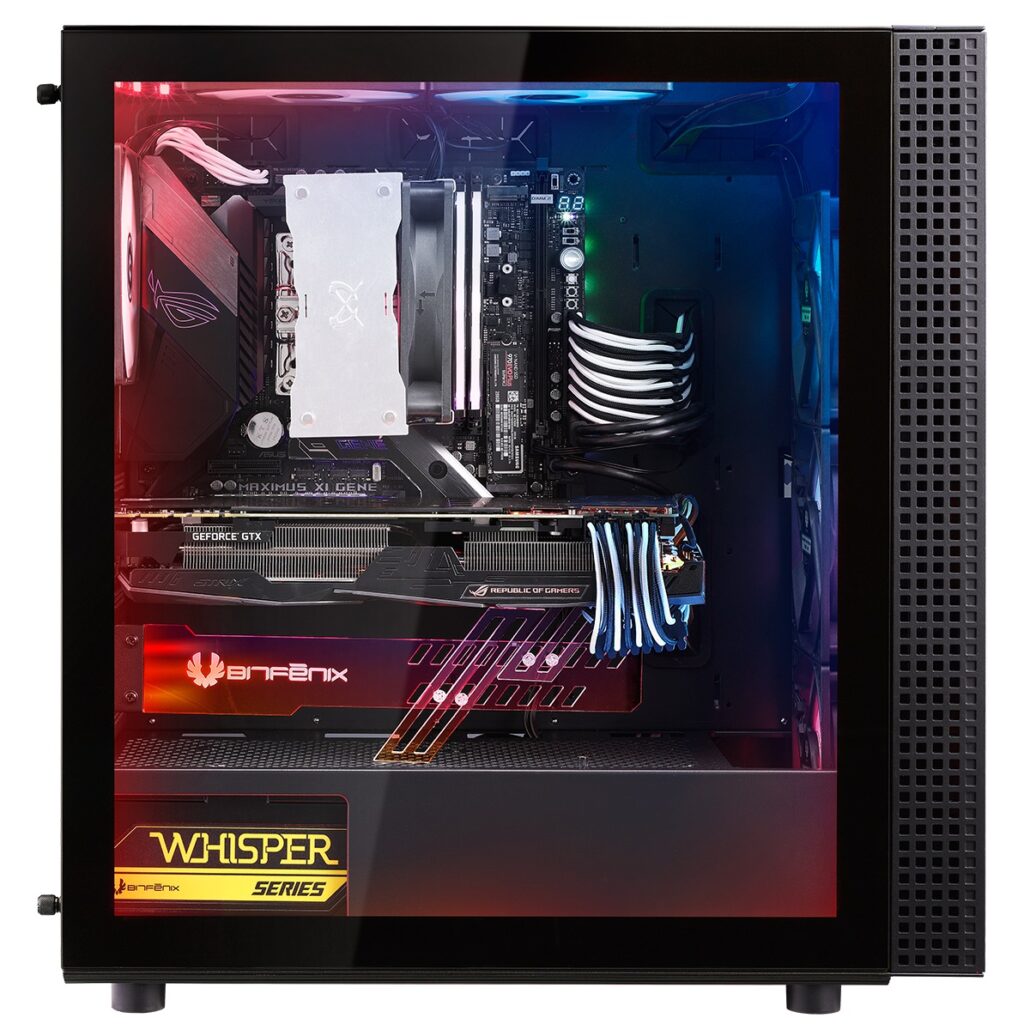 This bracket is installed below the GPU and has adjustable arms that stop the GPU from sagging and putting a strain on the PCIe slot. The bracket has a wide arrange of customization with 18 mounting holes and three sizes, which can extend to being 45 mm, 80 mm, and 120 mm. This allows this bracket to be used in virtually any case with little to no issue, as long as your included motherboard has three free PCIe slots, as this bracket does require the three PCIe slot space. 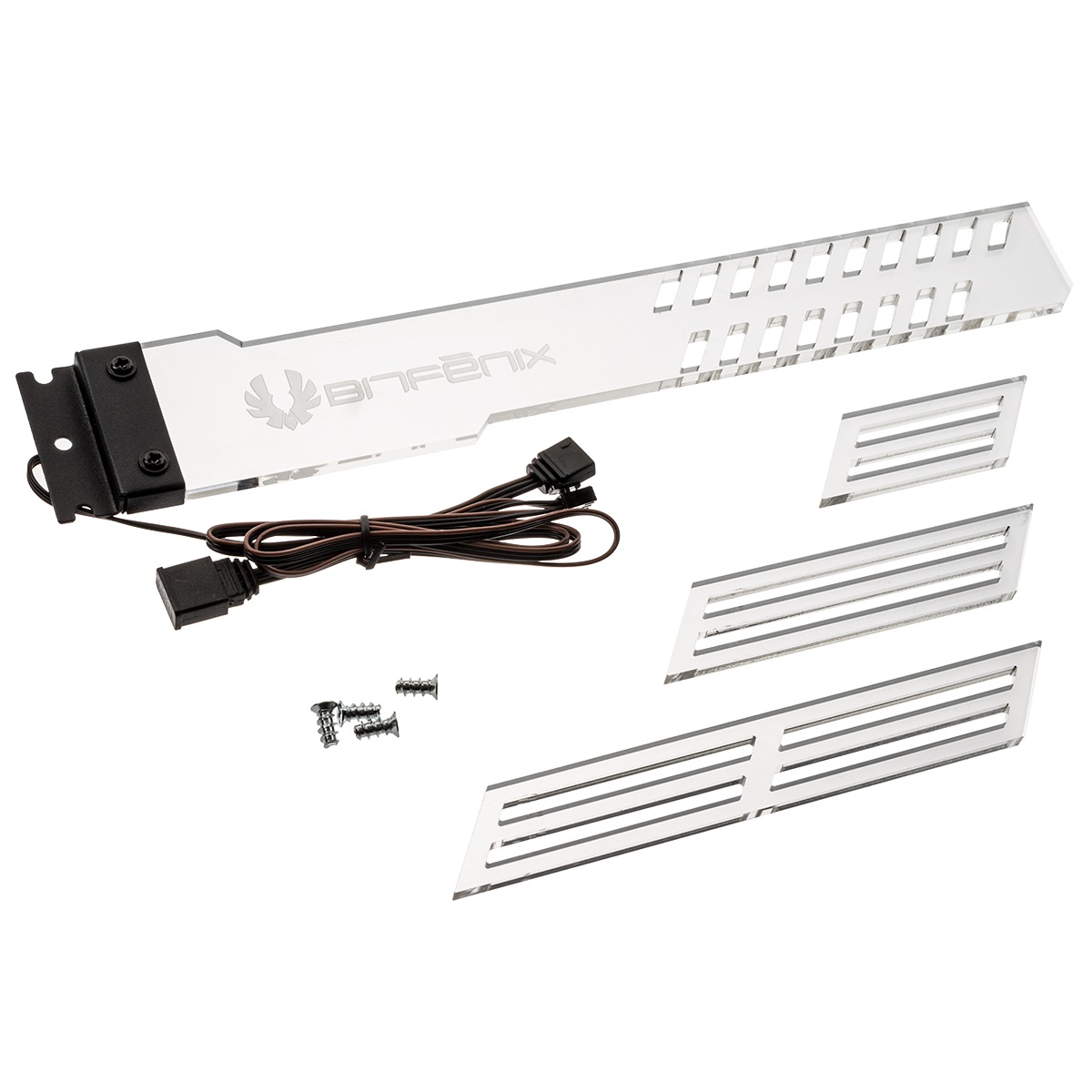 While there is no current pricing listed, this bracket should be more on the affordable side, allowing for widespread acceptance. But since this bracket is marketed more towards supporting high-end graphics cards, the pricing will be most likely be mid-range. Another way that most motherboard manufacturers utilize to reduce GPU sag is by reinforcing the PCIe slot. The case manufacturers offer vertical mounting as a way to combat GPU sag by having a GPU support block that connects into the back of the case.