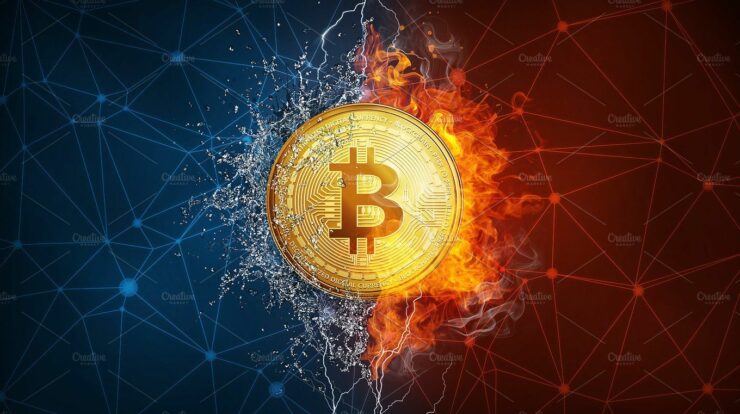 Bitcoin (BTC), the pre-eminent cryptocurrency and the reigning heavyweight in the arena, seems poised for a historic bull run amid a confluence of favorable factors.

On the 6th of May, Bitcoin again surpassed the crucial $9,000 level, the latest such attempt in the past week. According to analysts, the cryptocurrency might be in the process of creating a strong support at this level before resuming its ongoing bull run. As an illustration, the leading Altcoin has generated year-to-date gains of 29.28 percent relative to its current price of $9,282.30.

Analysts have pegged Bitcoin’s ongoing rise to a confluence of supporting factors, with the cryptocurrency’s imminent ‘halving’ event likely serving as a potent tailwind. As we have explained previously, miners are currently awarded 12.5 Bitcoins for every block mined. These awards are cut in half every four years to keep a lid on the cryptocurrency’s inflation with the mechanism being baked into the token’s underlying code. As soon as the 12th of May, the reward will be again cut in half – in what will be the third such ‘halving’ event – to 6.25 new Bitcoins for every block mined.

Some of the most massive increases in Bitcoin’s price in the past have been preceded by these ‘halving’ events. For instance, the premier token rose from $12 to over $1,000 in the 12 months that followed its first halving event in 2012. Similarly, the cut in mining reward in 2016 produced gains of 1,000 percent in its aftermath. According to the research by Pantera Capital, Bitcoin’s price usually plummets 459 days prior to the halving event. Subsequently, as the event approaches, the token’s price rises and then explodes higher thereafter. Moreover, these post-halving rallies usually last 446 days. Consequently, if the past precedent holds true this time around, Bitcoin’s price should peak in August 2021.

“To invest in Bitcoin, it is necessary to believe the system has integrity in the sense that the supply is truly limited.”

He added that Bitcoin can serve as an effective hedge and a source of diversification “precisely because of its truly decentralized nature”.

Another factor that may be supporting Bitcoin’s rise is the incessant growth in cryptocurrency wallets, which increased by 2 percent in April, marking the largest spike since November 2019.

A more astonishing bullish factor, however, maybe the recent prediction by the analyst PlanB in a 27th April blog post meant to introduce the third iteration of his stock-to-flow (S2F) model. According to the analyst, his model predicts that Bitcoin’s market capitalization will inflate to $5.5 trillion by 2024, corresponding to a token price of $288,000! As a refresher, S2F models determine the value of tokens by comparing the addition of new supply from mining with the existing volume in circulation – also known as the stock. Bear in mind that previous S2F analyses have predicted an average Bitcoin price of $100,000 by 2024. Nonetheless, as is the case with all models, readers should exercise caution and perform their own due diligence before blindly taking these predictions at their face value.