Biostar's upcoming motherboards which will be based on the LGA Socket have been pictured, Both the Motherboards belong to the T-Series and are based on Intel's new H67/P67 Express Chipsets. These two motherboards were also pictured back at this years Computex 2010. Both are Mid-Range motherboards, The TSeries TP67XE is the larger (ATX) model and features USB 3.0 and Sata 6GB/s Ports. The motherboard uses a total of 9 VRM phases and is powered through a single 8-pin connector. The expansions slots include multiple PCI-e x16 slots, 1x PCI-e x1 and a 2 PCI slots.  The connectivity features include 8-channel HD audio, gigabit Ethernet, USB 3.0, FireWire, eSATA 3 Gb/s, and a number of USB 2.0 ports. 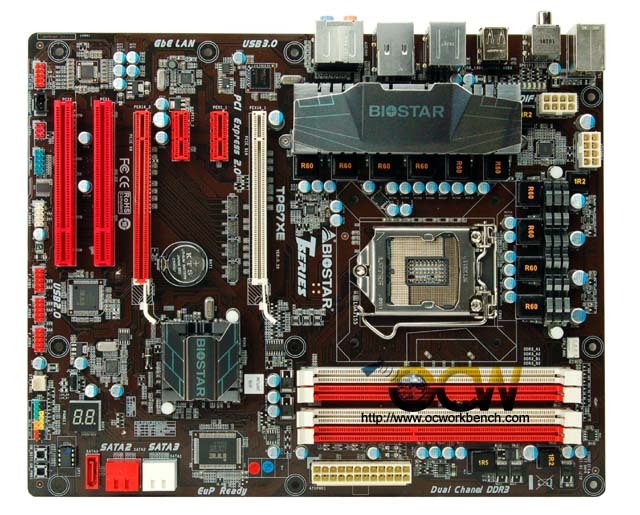 The other motherboard, the TSeries TH67XE is based on the H67 chipset and has a Smaller Micro-ATX design. It also includes FDI which allows you to use the Integrated GPU of the processor. The motherboard has a much simple 6+1 phase VRM and features USB 3.0 and Sata 6GB/s Ports. This motherboard also features two PCI-e x16 slots though one works at x4, A single PCI-e x 1 and one PCI slot. One out of six of the SATA 3 Gb/s channels from the PCH are assigned as an eSATA port. Connectivity features of the motherboard include 8-channel HD audio, FireWire, gigabit Ethernet and display connectors of the integrated GPU include DVI and D-Sub. Pricing and Availability will be detailed after Intel releases the Sandy Bridge processors later this year. 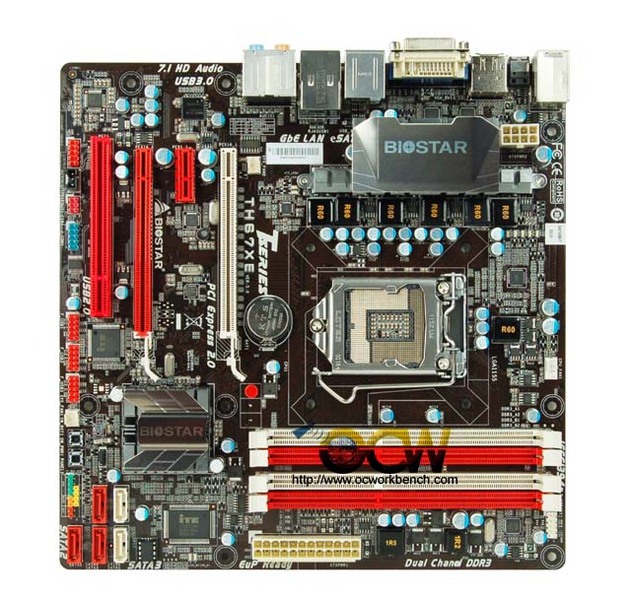