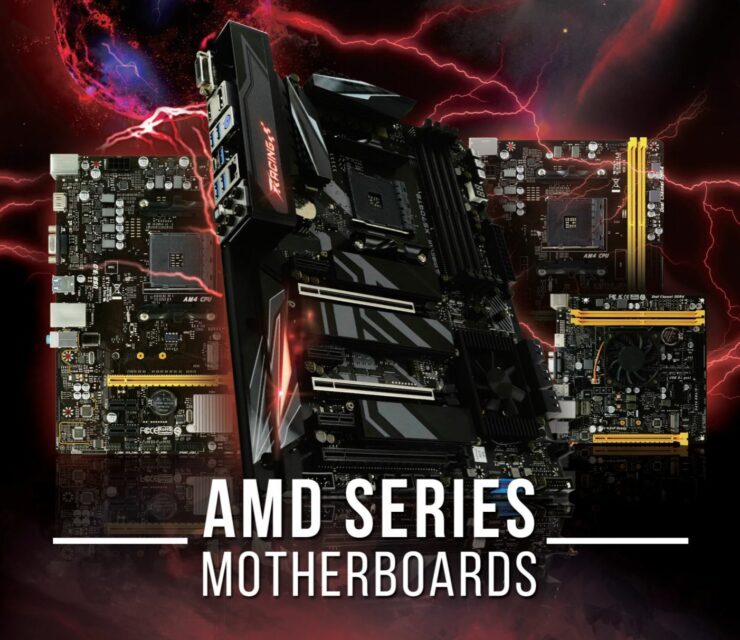 BIOSTAR's X570 Racing GT8 motherboard for AMD Ryzen 3000 processors has leaked out after being teased just a few weeks back by the makers themselves. According to Videocardz, BIOSTAR couldn't wait till Computex 2019 and put their enthusiast grade AMD X570 chipset powered AM4 motherboard on their product catalog which gives out all the details for the specific product.

While we saw a glimpse of the motherboard a few weeks ago, the product catalog lists down all specifications of the X570 Racing GT8 in detail. Starting off with the details, the X570 Racing GT8 looks to be a top of the line X570 racing series product from BIOSTAR.

It seems to feature a full black color theme with silver accents that are part of the racing series lineup. The 12 Phase VRM is cooled off by two metallic fin heatsinks and we can also see the AM4 CPU socket next to the four DDR4 DIMM slots which can support up to 64 GB of memory with speeds of up to 4000 MHz (OC+). The memory speeds are definitely a good bump from the 2nd generation Ryzen processors. You can see the comparison in the specs sheet for yourself where BIOSTAR's X470 Racing GT8 was only able to support DDR4-3200 MHz while the X570 Racing GT8 can support DDR4-4000 and we should be looking at even higher memory speeds supported on other high-end boards as indicated in a recent report. 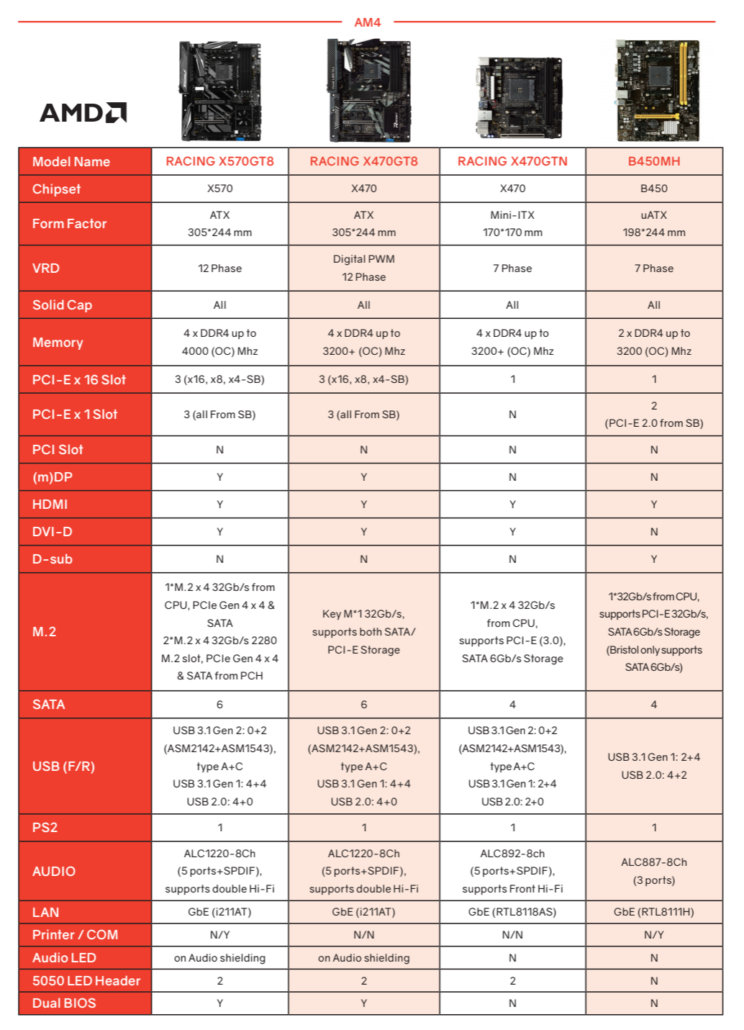 The motherboard battery tray is located right next to the I/O cover which should be easier to approach if you're using multiple expansion cards which can make reaching the battery a hassle. The motherboard comes with three PCIe 4.0 x16 slots (x16, x8, x4 electrical), two of which are protected by a metal brace. Storage includes 6 SATA III ports.

PCIe Gen 4 is confirmed for AMD's X570 platform so we should see all future AM4 boards supporting the new standard. There are also three PCIe 4.0 x1 slots which can be used for network or storage AICs. There are three M.2 slots out of which one is full length. All M.2 slots feature the heatsink to keep your NVMe drives running cooler. The PCH heatsink which is situated on top of the X570 chipset is actively cooled by a 7-blade fan.

BIOSTAR is going to provide the user the ability to switch if off or on for lower noise. On the I/O, we get a range of connectors which include DisplayPort, HDMI, DVI, PS/2, four USB 3.1 Gen1, two USB 3.1 Gen 2 (Type-A + Type-C), a Gigabit Ethernet LAN port and a 7.1 channel HD audio jack. The X570 Racing motherboard from BIOSTAR seems like a very solid option. From what I can tell by reading the PR, I think BIOSTAR will have more than just one X570 motherboard displayed at their booth. 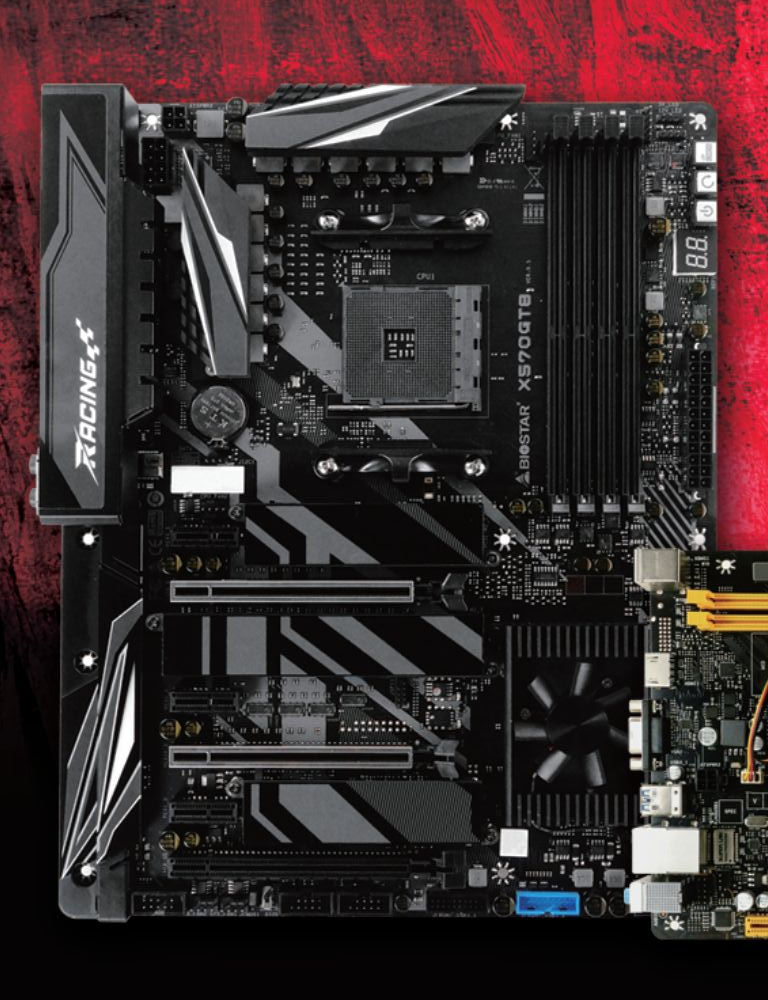