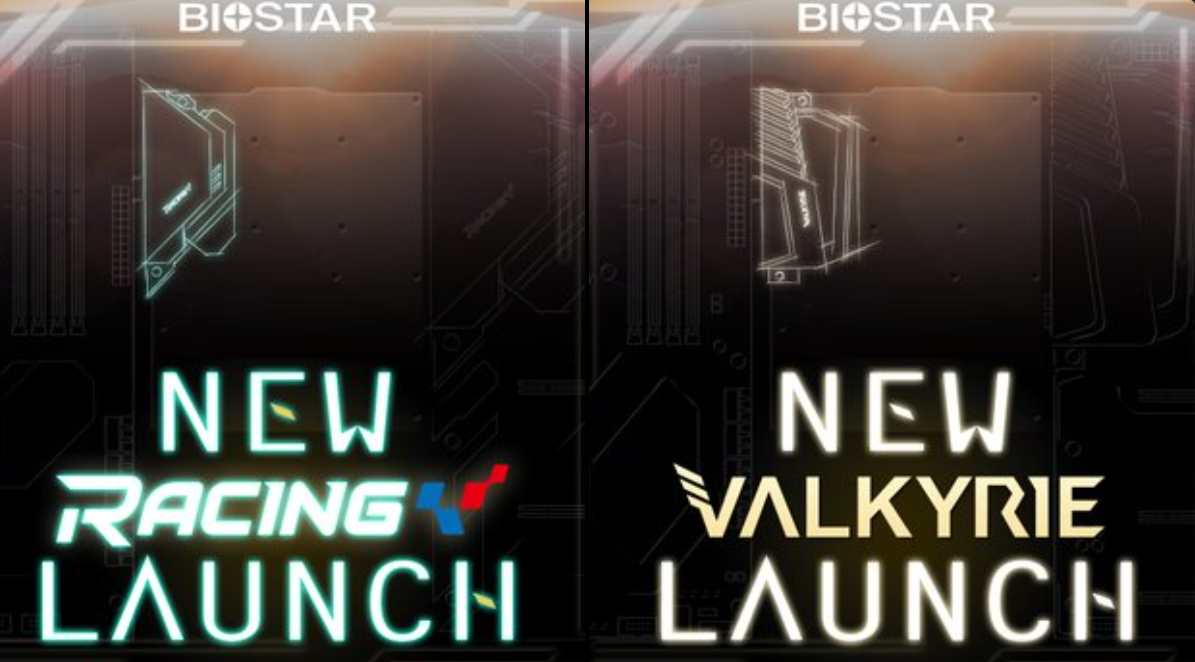 Biostar took to Twitter yesterday to hint at two new variants of their popular Racing and Valkyrie high-end Z690 motherboards.

It is speculated that Biostar is hinting at an Intel Z690 Alder Lake CPU-powered motherboard for the two series. With Intel releasing the Z690 soon, the speculation could be more closer to fact.

With other major motherboard manufacturers, such as ASUS, MSI, or GIGABYTE, still silent as far as new releases of products utilizing the Intel Alder Lake CPU, this is the first company to speak up as far as hinting at newer designs.

There is no specifications for either Valkyrie or Racing motherboards by Biostar released yet. In fact, there is no full design reveals made by the company. It is also interesting that we do not know the type of memory being used, whether it be DDR4 or DDR5. It is under rumor that the Valkyrie series will be Biostar's "flagship series" and that it will probably require the newest form of memory available, being the DDR5.

Intel Alder Lake series is the company's twelfth generation Core processor. With Intel sporting a new design for the LGA socket—the LGA1700 is rectangular in shape, and has required multiple manufacturers to immediately come up with compatibility kits for the newest design—Biostar appears to model the newest Racing and Valkyrie motherboards to fit the LGA1700 socket. In fact, upon closer inspection of the two pictures posted on Twitter, it appears to show part of the socket of the LGA1700. It is a safe bet that these two series are absolutely Z690 motherboards.

Intel's design choice for the LGA1700 socket and utilization of DDR5 memory modules are not the only newest technology the company is bringing to the table. The Intel Z690 series is expected to showcase PCIe Gen5 interfacing to be able to utilize newer storage concepts and technology, as well as cater to newer graphics processors—a first for consumer lines.

In the Tweet from yesterday, they also placed two hashtags—"#Rena" and "#Amy." This is in reference to the two mascots that Biostar revealed during their 35th-anniversary celebration. Rena is the mascot for Biostar's Valkyrie line, while Amy is the mascot for their Racing line.

There is no current release date for the new Racing and Valkyrie motherboards. However, with Biostar's history with cryptocurrency in their technologies, especially making devices more efficient for crypto mining, is it possible that the company will utilize these new boards in the same way? Possibly dual-use—gaming and crypto mining? Right now, that is only speculation, and in no way actual usage of the motherboards.