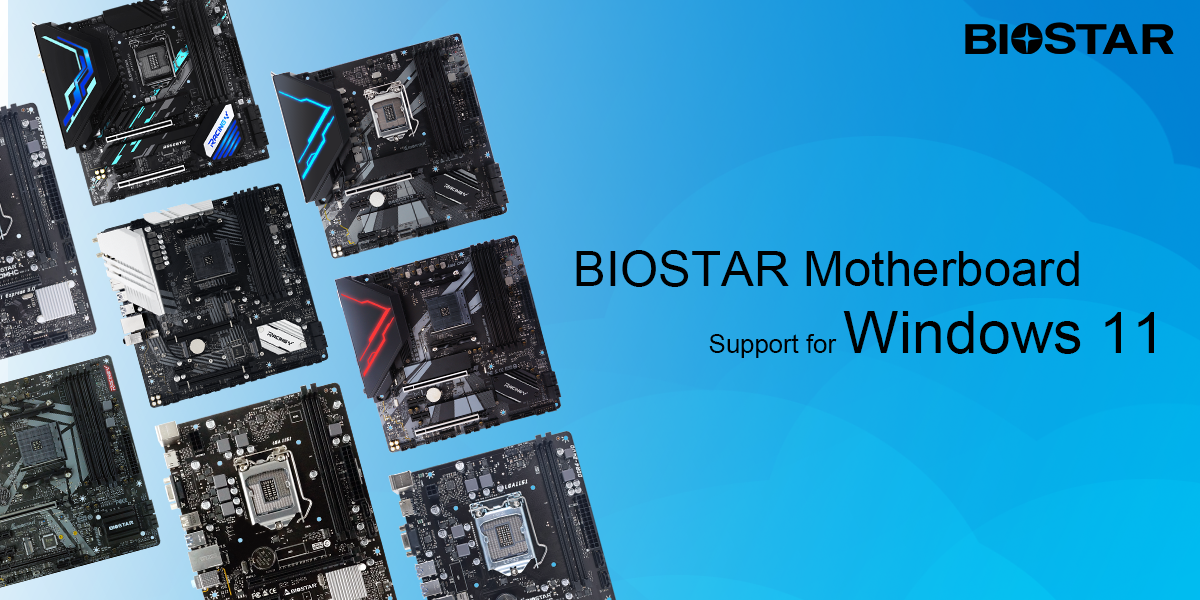 BIOSTAR has released the full list of their motherboards that are ready to support Microsoft's Windows 11 operating system. The motherboards listed include both Intel and AMD solutions.

In our recent article detailing the Microsoft Windows 11 operating system requirements, we noted that the TPM or Trusted Platform Module will be a major barrier for those moving over to the new OS. The full list of CPUs that are recommended for Windows 11 are the ones that launched back in 2018 so those that came before it will have a hard time in terms of support. Microsoft also recently considered easing down on the minimum requirements but the TPM requirements still stand.

BIOSTAR has now released its own official list of motherboards that are fully compatible with the Windows 11 OS. According to the manufacturer, the following motherboards support TPM 2.0 & Secure Boot and can enable them through the BIOS for an easy upgrade to Windows 11. The list is provided below:

What's interesting about this list is the fact that all AMD Ryzen motherboards starting with the 300-series and all the way up to the latest 500-series are listed here. This is a pretty huge win for AMD users who were running older BIOSTAR motherboards as their products dating all the way back to 2017 are featured in the list. Looking at Intel boards, things aren't looking as great since only 500-series motherboards are the ones listed in the support list while there's only a partial mention of older boards at the moment. Currently, neither of BIOSTAR's Z490, H410, Z390, Z370, H370, B360, H310, Z270, H270, B260 motherboards are listed.

It remains to be seen whether BIOSTAR is completely abandoning these motherboards or support for them will be added later on through a BIOS update. But based on the list, it looks like the parts that aren't mentioned are lacking TPM hardware on-board which means that no BIOS update will be able to enable TPM support for Windows 11.