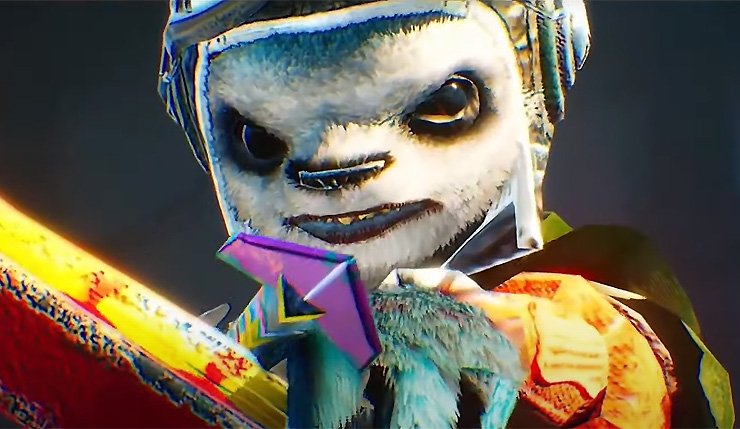 What the heck is going on with Biomutant? THQ Nordic and developer Experiment 101 have insisted the game is still in the works, but it hasn’t shown its furry head since Gamescom 2018! Well, today during the latest IGN Summer of Gaming broadcast, we finally got a fresh look at Biomutant. The new footage focuses heavily on the game’s open-world, giving us a peek at various biomes and big, freaky bosses. We also get a bit detail about the game’s character customization. Check out the footage, below!

Biomutant isn’t looking quite as sharp as the last time we saw it, but I’m glad we’re finally getting a real peek the game’s world. According to Biomutant creative director Stefan Ljungqvist, the world is 8x8 km square, and as we see, it’s packed with big furry creatures, some of which you can ride! The game’s definitely throwing off Breath of the Wild vibes, and Ljungqvist confirms its general structure will be the same, with players being free to explore anywhere after a brief intro.

We also get a few more details about the game’s character creation. You’re not limited to the raccoon-like character we’ve seen in past trailers – players are free to craft their own hero from six types of DNA, and the appearance of your critter actually defines their abilities. From there, you’re free to equip your character with all sorts of outfits and gear. Haven’t been keeping up with Biomutant? Here’s the game’s basic description:

Biomutant is an open-world, post-apocalyptic Kung-Fu fable RPG, with a unique martial arts styled combat system allowing you to mix melee, shooting and mutant ability action. A plague is ruining the land and the Tree-of-Life is bleeding death from its roots. The Tribes stand divided. Explore a world in turmoil and define its fate – will you be its saviour or lead it to an even darker destiny?

Biomutant is coming to PC, Xbox One, and PS4. A release date has yet to be set, but Ljungqvist says they’re at the “end phase of development” and mostly dealing with bugs at this point. So, hopefully we get a release date relatively soon.