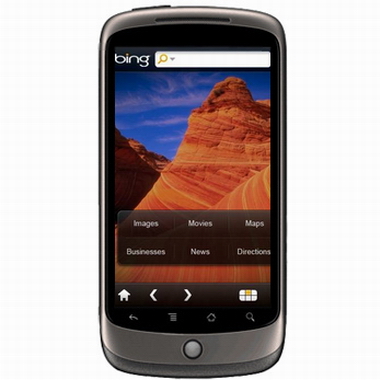 If you really are a hardcore Microsoft fan, and want an alternative to the default Google search engine and other search engines for the Android, you should be happy to know that Microsoft is in the process of making an Android App of its search engine - Bing. This news was confirmed by CNET and PCMag suggests that the release will come 6 weeks later. Microsoft is said to be putting in new features in the mobile app such as mapping and TV features.

Note: The above picture is a mockup, not an official image.