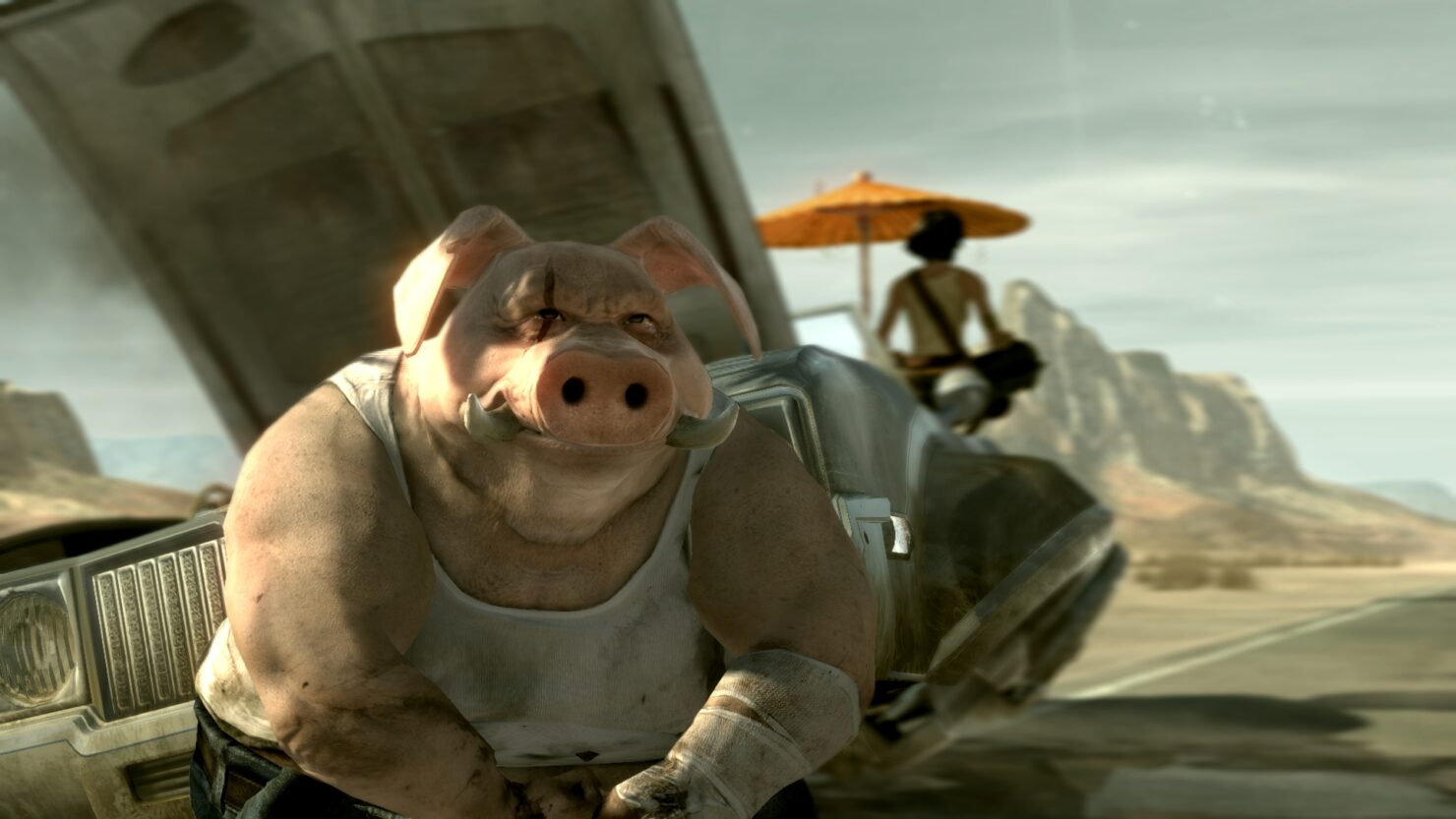 According to Laura Kate Dale, the journalist who leaked a significant amount of information on the Nintendo Switch so far, Ubisoft's Beyond Good & Evil 2 will be a timed exclusive for the console.

After twelve months, the game (reportedly codenamed Odyssey) should also be released on PC, PlayStation 4 and Xbox One.

BGE2 codename is Odyssey. Exclusive to Switch for 12 months only, retail and digital versions. after 12 months digital on PS4 and XB1.

PC Port after 12 months too, sorry about forgetting to add this.

According to her, the first Beyond Good & Evil 2 teaser is done and should be showcased at the end of Nintendo's official Switch live stream event on January 12th.

BGE2 Odyssey teaser is done. Likely to be at the end of the end of Jan 12 event.

Beyond Good & Evil 2 had a troubled development history, to say the least. The first installment launched in 2003 to critical acclaim but less-than-great sales.

Creator Michel Ancel had mentioned back in 2011 that Beyond Good & Evil 2 was alive and far into development, targeting the "next generation of consoles"; that meant PlayStation 4 and Xbox One. However, we heard nothing of the game for a few more years.

That changed only recently. In October, Ancel revealed that the "endangered species" Beyond Good & Evil 2 had been saved and was now in pre-production, suggesting that it's being remade from scratch. In late November, Ancel spoke with Kotaku to reveal that the game will feature interplanetary travel, though it's still far from release. Still, it's good to know that Ubisoft seems to have given the green light to develop Beyond Good & Evil 2 and we can only cross our fingers that this time everything will go well.

Laura Kate Dale also shared two additional leaks on Nintendo Switch titles earlier today. A port of Rayman Legends will be announced during the aforementioned live stream event and it's scheduled to launch in Q2 2017; Rabbids Kingdom Battle is apparently the title of the rumored Rabbids Mario RPG and the game may be delayed to September.

Rayman Legends Switch Port is being announced during Jan 12 event for Q2 release.

Rabbids Kingdom Battle is the title of that Rabbids Mario Rabbids RPG. I have one source telling me it may get pushed to September.

Stay tuned to get all the latest Nintendo Switch leaks, rumors and official news ahead of the console's launch in March.