A Guide To The Best Switch Accessories (Protectors, Cases and Headphones)

You’ve finally bought a Switch, but thanks to that gorgeous 6.2” screen you’re a little hesitant to simply throw it in your bag, at the mercy of potential screen scratches. Or maybe you’ve been rocking out with VOEZ, but need some good headphones so you can keep playing on your commute? Whatever you need your accessories for, we’ve got you covered. We’ve tested some of the latest Switch accessories so you don’t have to! 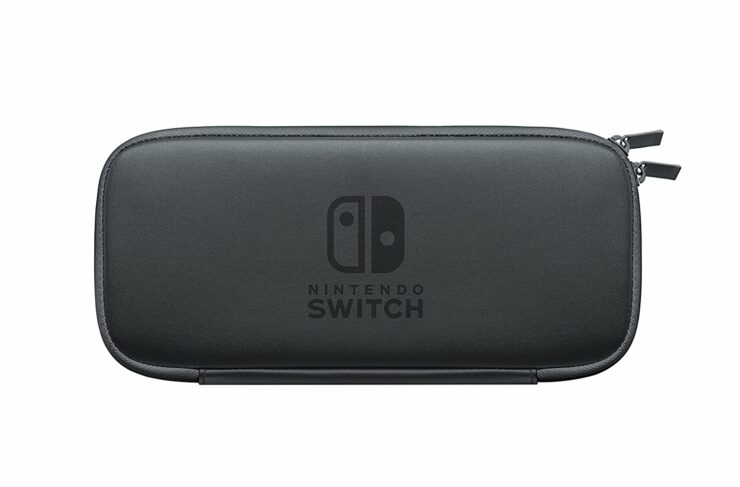 At $36.99, this is hardly the most cost efficient option when it comes to starter kits, but it’s official, so that implies quality, right?

Well, the Official Nintendo Switch Accessory Set is functional, but it’s not much of a set. What we have here is a nice, decent Switch case. It has a pleasing exterior with the Switch logo emblazoned on the front, and the inside has little gaps for your JoyCon analog sticks so they don’t get stuck in a bad position when traveling. The insert inside also has space to store Switch carts, or you can even prop it up like a stand. Not bad at all, very functional, and the included screen protector isn’t amazing, but works like a charm. A shame that the case isn’t a hard case, though. 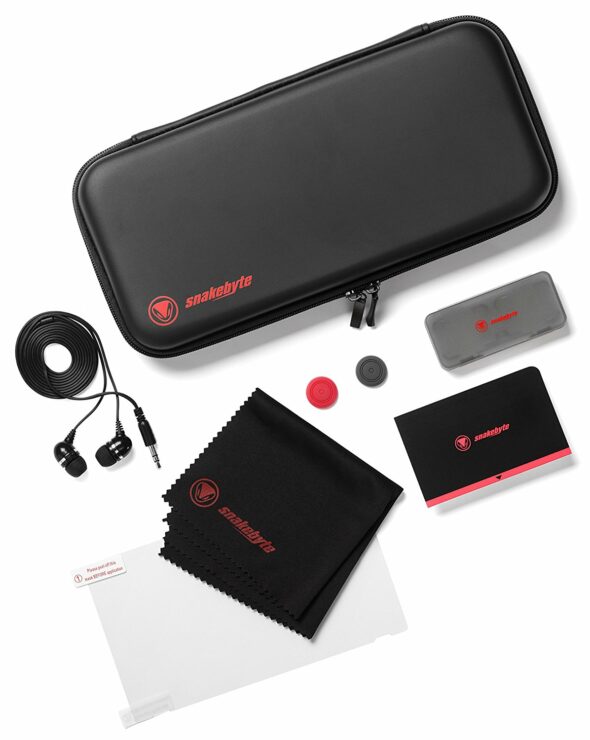 Ah, now this is more like a starter kit, as it actually has more than just the case and a screen protector included. For $19.99, what we have here is a fairly generic – but very functional – hard case, with space inside to store a couple of extras. We also have a pair of earphones, a case for Switch carts, thumbstick grips, a screen protector, a large screen cloth and a pair of headphones.

While I question the usefulness of the cheap and uncomfortable headphones, the case itself is cheap and cheerful – something I could happily see myself using for the foreseeable future. The screen protector is suitably acceptable too, and I was genuinely overjoyed to have such a large screen cloth – one good enough to use on my glasses, too! A very decent purchase for any Switch owner. 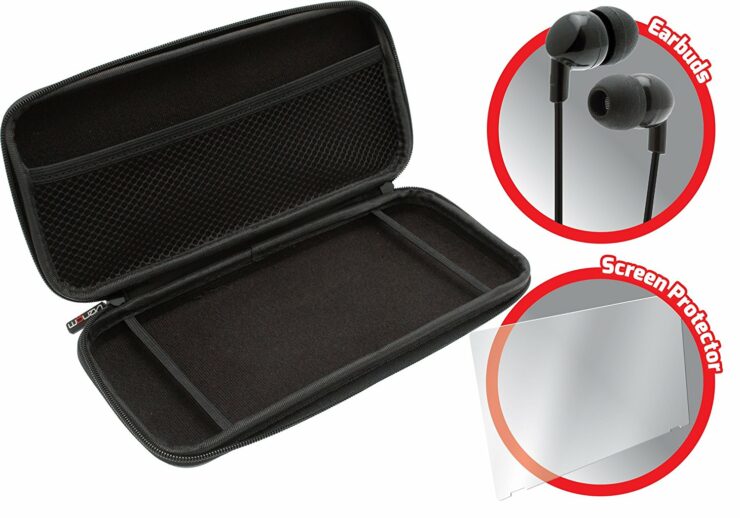 Well as you can tell by the title of this one, the screen protector is the big draw here. But it can’t be understated that, as the cheapest starter kit of the lot, it’s an appealing offer.

To start with, the case is… Well actually, it’s almost identical to the Snakebyte case, other than being generic and lacking any branding or logo. Which is a good thing really – it’s a hardcase, and will keep your Switch safe. It also comes bundled with another cheap pair of earphones, and, of course, that screen protector. Being tempered glass, this is the thickest Switch screen protector we’ve seen yet and will add an extra millimeter or two to your Switch’s width, making that dock a wee bit of a tighter fit than before – something to think about if you don’t want bezel scratches on the protector itself. But the job it does at protecting your screen can’t be denied – with this in place, I’m not afraid of anything damaging it. A good case, and a very good screen protector for a good price. 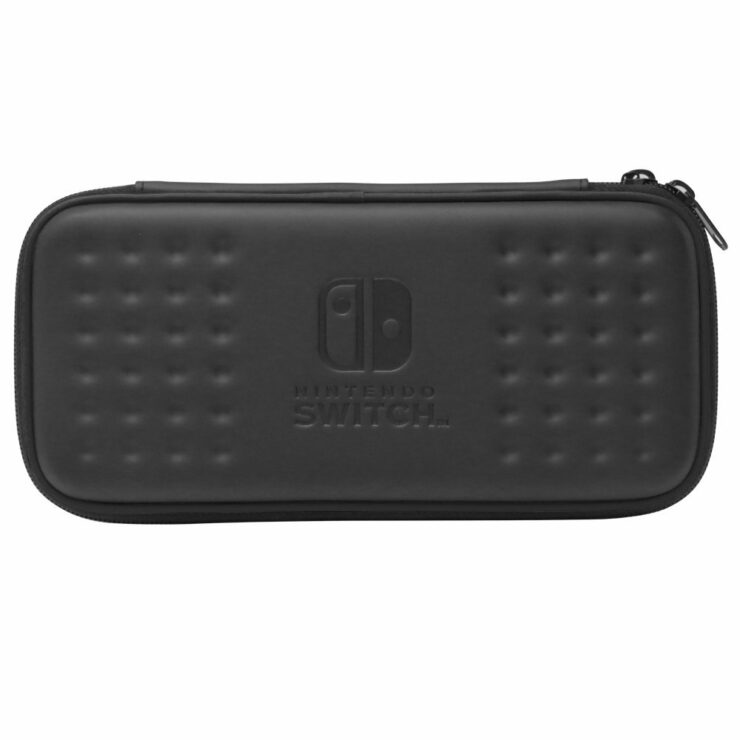 For £14.99 you’re getting a surprising amount of quality for your money with this Switch hard case.

A big Switch logo on the outside, space for your Switch carts and more than enough security for your device – what more can you ask for? If you’re looking for a standalone Switch case right now, the HORI Switch Tough Case is hard to argue with, especially at the asking price! 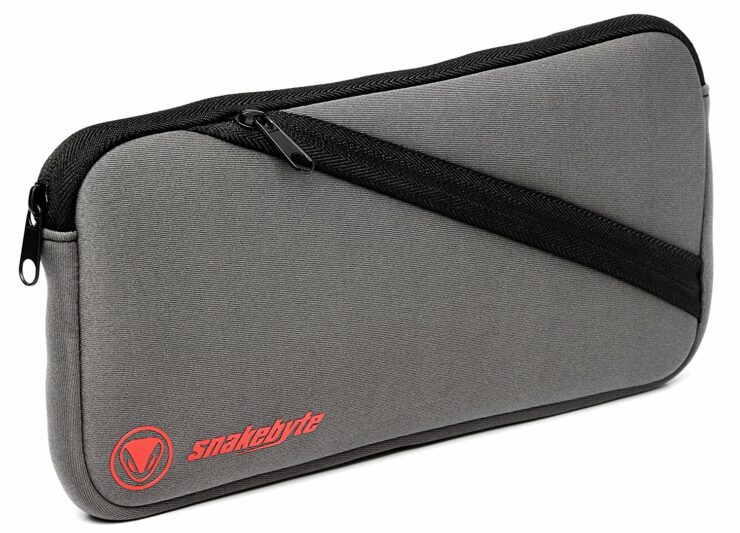 Priced at $38, the Snakebyte Carry Bag fits your Switch nicely, but this is the complete opposite of a hard case – it’s more like one of those phone socks people used once.

It has a large internal compartment for your Switch with JoyCon attached, and a smaller zip on the front, near a Snakebyte logo, for popping in earphones, carts, etc. It’s fine, it works fine, but I wouldn’t throw my Switch in it and then inside of a rucksack – I’d be far too paranoid about doing damage to the system still… 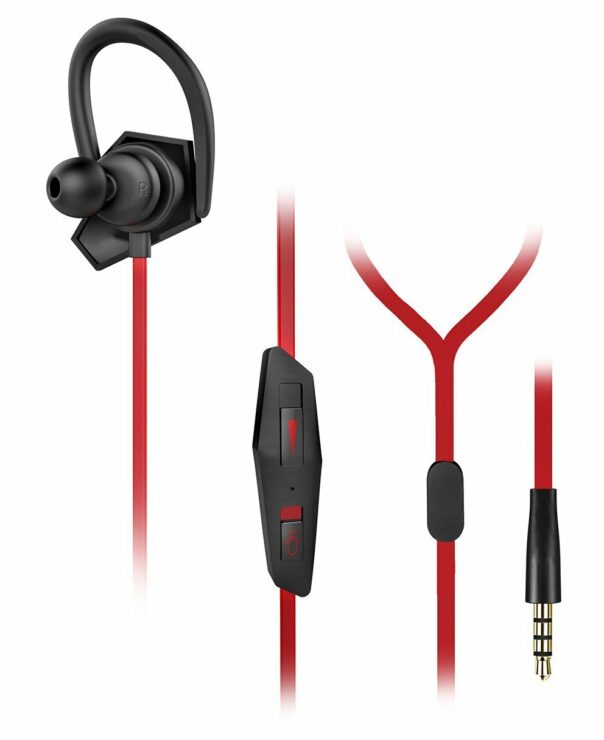 Unfortunately, it’s somewhat tough to recommend Venom’s headset offering here. What we have is a pair of, functional, but lacking earphones. Audio quality is questionable, and the included microphone is far from being the best we’ve ever heard, too.

We’ll say that they’re nice and secure on your ears, not likely to fall off, but they’re also uncomfortable when in place, unfortunately. For $19.99, very hard to recommend. 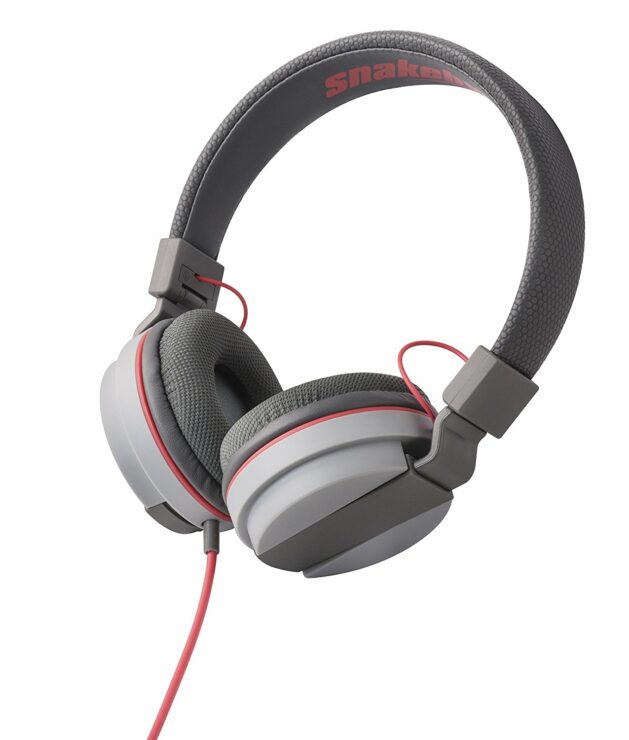 No idea why Snakebyte decided they should put a colon in the middle of headphones, but whatever. Here we have the Snakebyte Head:Phone for Switch, a simple pair of over-ear headphones for £22.99.

In our article thus far, these are the best pair of headphones we’ve tested, though that praise only goes so far – they’re not uncomfortable, but the audio quality is somewhat lacking, with bass only mildly improved over some in-ear headphones we’ve tested. The strap is covered with soft fabric as to not cause irritation, and the headphone cans are… Comfortable enough. They fold up which is nice for portability, and come with a cloth bag to carry them in too, which is nice, though given the extra inconvenience of having larger headphones to carry around, we’re not sure this is a worthwhile investment.

A new challenger approaches, and this one means business. The LucidSound LS20 headset just might be my favorite gaming headset by a country mile. It’s a bit pricier than most, but Amazon has a 40% discount that brings it down at $53.99 and the quality is undeniable.

Now, when buying into a headset costing over $50 you expect something good, but without a well-known brand name attached (and LucidSound is hardly the most well-known in either the audio or gaming world) so I was a little bit hesitant – I didn’t want to expect too much. Luckily, it has outperformed my expectations on almost every level.

The LucidSound LS20 provide a powerful stereo audio experience – that’s whether you’re playing games or not. If you just want these to replace your cans so you can walk about while listening to high-quality music, that’s totally fine – these headphones offer a surprisingly bassy listening experience, with good quality highs, in addition to a Bass Boost mode that’s available while the headphones are in Active mode.

That’s right – these can be used in Active or Passive mode, and it’s easy enough to swap between shouting at your mates over PSN using the surprisingly sturdy and decent quality microphone, or just listening to music while walking to the shop. I found myself in love with albums I hadn’t listened to in months, because these headphones revitalized the music I listened to, and highlighted bits of production I was oblivious to before. Similarly, playing games like Zelda was wonderful, adding so much to the already immersive experience as ambient sounds echoed around me.

If I had to make a complaint about these, it’d be that the Active mode isn’t all that. Yes, the Bass Boost is nice, but the headphones are more than bassy enough without it, and it can introduce slight distortion, especially if the music is already bass-heavy.

But alas, it’s hard to complain about the metal frame, nice head strap, and very comfortable cans – that’s comfortable even for my small ears. In fact, I’m so happy with the LS20s that I’m tempted to invest in LucidSound’s more expensive headphone offerings...

The console has only been out for a couple months and with this guide to the Switch accessories, you should find everything you need to get started with a new world of handheld Nintendo gaming.

If you have any further suggestions, leave them in the comments below!