Sony Xperia Z4 might be at the verge to launch but so far there is no news of the final launch date. What we know is even better, the complete specification sheet and benchmark results show us what Sony has in store for us. The spec sheet cover each aspect and element in detail of the much awaited smartphone. 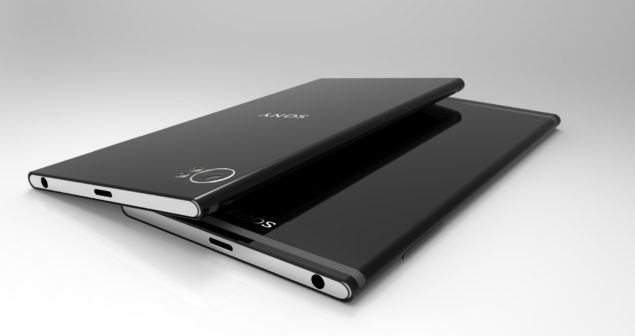 The Sony Xperia Z4 ran quite a few GFXBench tests which portrayed its performance in terms of software and hardware. The secretive device with a model number E6553 is most likely to be a Sony Xperia Z4 according to the GFXBench report. Lets roll down to analyse the in-depth review of the Xperia Z4 in the light of the revealed spec sheet.

In the hardware department, Sony Xperia Z4 has a 64-bit architecture on board with a 1.9GHz octa core Qualcomm Snapdragon 810 processor which is a step up from its predecessor having a Snapdragon 801 inside. Along with this the Xperia Z4 beholds an ARM Cortex-A53 and ARM Cortex-A57 both with four cores each. With a spec sheet like this, the Sony Xperia Z4 plans to stay in competition with other flagships and continues its legacy to produce hi-end devices after the well known Xperia Z3.

In the graphics department, there lies an Adreno 430 graphic chip with 3GB RAM and 32GB ROM. Out of the total 32GB, users will be open to 23GB of storage and the remaining 9GB will be responsible to handle the ground software and operating system. The Xperia Z4 handles Google's latest android update, running a 5.0.2 Lollipop to give it an all new fresh look. 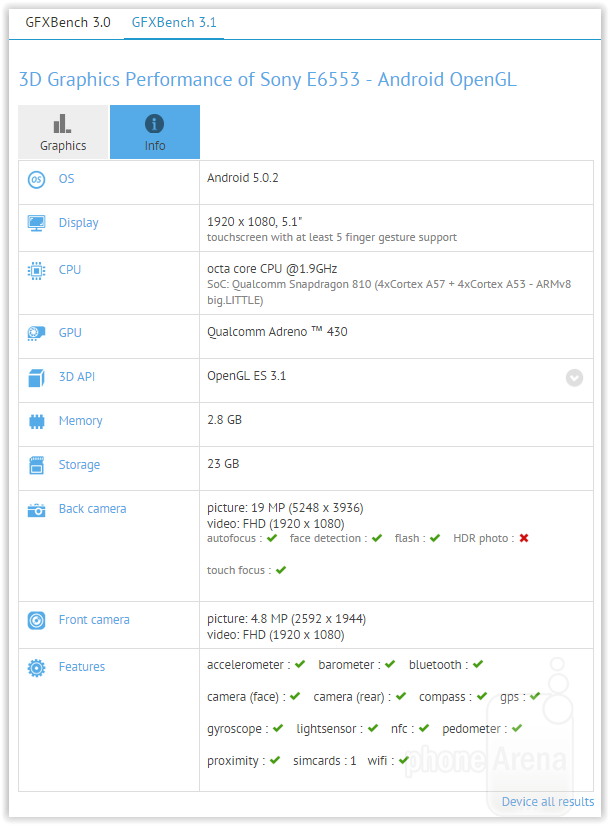 When we talk about displays, Sony has pledged to stay at the 5.1 inch mark with a resolution of 1080x1920. This is pretty much standard in term of display size for Sony and moving to a bigger one is not Xperia-like. Sony has packed the Xperia Z4 with a 19 megapixel rear camera which is optimized to shoot full HD videos and by word 4K video as well. The front facing camera is a 4.8 megapixel shooter that can also shoot 1920x1080 video.

Sony Xperia Z4 is definitely a step up from its predecessor, the Xperia Z3 and the entire spec sheet probably entitles its victory. The final launch date can be expected to be in September 2015, as for now, let us know how you like the spec sheet of your favorite handset. Let us know i the comments.