Beats Music Is Shutting Down On November 30

As part of its multi-billion dollar acquisition of Beats Electronics, Dr. Dre's music streaming service Beats Music was included in the overall package as well. But down the road, Apple made good use of the technologies that lived behind Beats Music, ultimately giving birth to Apple Music. The logical step to take after launching Apple Music was to kill off Beats Music, and that's exactly what Apple is doing on the 30th of November. 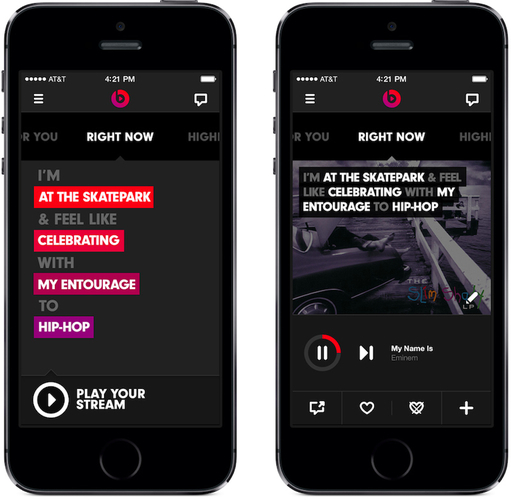 Apple has confirmed that it will be laying to rest Beats Music on the 30th of November, and your subscription to the service will be cancelled on that day as well. Apple goes on further to note that you will be able to move your Beats Music library to Apple Music if you so wish, and we urge users to do so if they do not want to lose their cherished playlists and tracks.

Beats Music ends on November 30. Your subscription will be cancelled, but you can move your picks and preferences over to Apple Music right now.

All the pros that curated music for you are still crafting more amazing experiences. Plus, on Apple Music, you’ll get even better recommendations based on music you already listen to and love, 24/7 global radio with Beats 1, exciting material from your favorite artist, and more.

It's a clear sign at this point that Apple Music is the way to go as the Cupertino company moves forward, as Apple has invested a lot of money and resources in its own music streaming service. Rather than just launching just another music streaming service, Apple took the liberty to toss in a few perks for subscribers, such as the ability to follow artists, interact with them, upload their own music and whatnot. All in all, Apple Music is a great way to consume music for a one-off fee of just $9.99 if you're an individual listener, or $14.99 if you're opting for a family plan.

If you dig deep into Apple Music, you'll realize that the track selection is absolutely ginormous. The reason behind it is simple: the company has has put up majority of its iTunes library up for streaming. In fact, Apple Music has the largest collection of tracks on any music streaming service right now. Hence, if you're looking to jump off the Beats Music bandwagon and onto something new, then we highly recommend that you give Apple Music a try, especially if you're in the ownership of an iOS device.