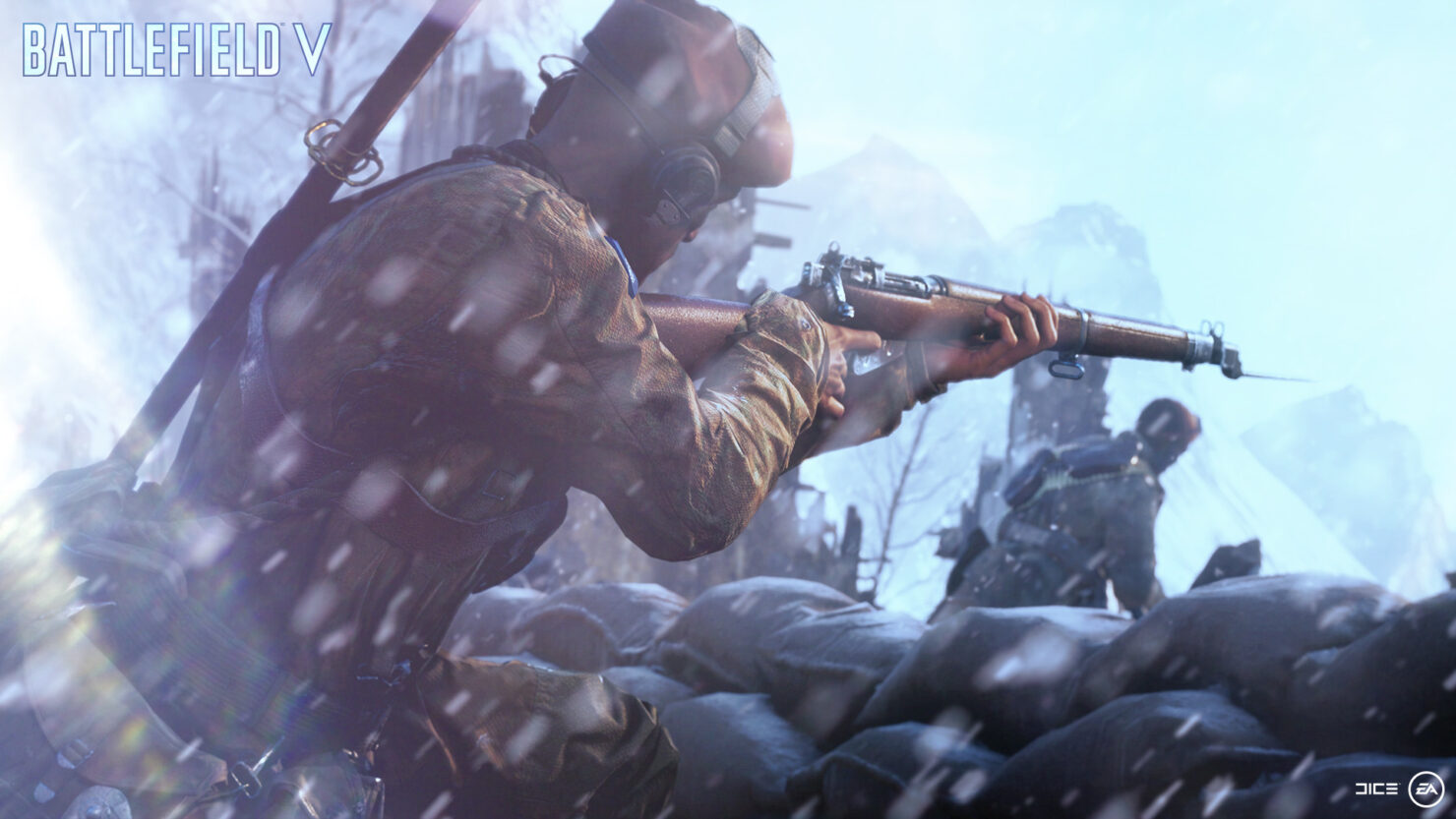 The recent Battlefield V Closed Alpha has now closed and developer DICE shared their findings and the user feedback they will build upon for the next version of the game. At the same time, they confirmed that the Open Beta test for Battlefield V will go live in early September.

As a reminder, Battlefield V is set to launch on October 19th for PC, PlayStation 4 and Xbox One.

Revives
Battlefield V has a refined revive system compared to previous games. After the Alpha, we will be adjusting both the Medic revive and the buddy revive. It will overall feel less clunky and we’ll also fix some delays – such as when you were done reviving and couldn’t move for a full second. We’ve already made the buddy revive around 2.5 seconds faster and we will also assess if we need to adjust the Medic revive accordingly. We’re also aware that it could sometimes take quite a while before a player could initiate a revive and that the revive icon tended to be delayed. We are actively working on the issue.

Ammunition
When it comes to ammunition, we saw that players in general liked the war of attrition and having a limited number of bullets when deploying. We will tweak these numbers slightly for some weapons to get an optimal balance. There are other factors that affect ammo availability, too. For instance, the possibility of looting dropped ammo from dead players benefits certain classes more than others, and we’ll need to adjust the balance accordingly.

Reinforcements
In the Closed Alpha, we gave you the chance to call in two of the several Squad Reinforcements of Battlefield V: the Churchill Crocodile Tank and the V-1 Rocket. Players had fun with these powerful weapons, but some aspects will be adjusted. For example, it was way too easy to be reinforced with the V-1 Rocket in Conquest, and though matches are supposed to escalate with these reinforcements at the end of a match, we will tone this down. Furthermore, details like blast radius and how you can be warned of (and potentially counter) the V-1 Rocket are being investigated.

Time to Kill (TTK)
When it comes to the Time to Kill, or TTK, we’ve seen some polarizing feedback where some players felt they were being killed very fast when encountering enemies, while others felt the TTK was just right. This is something we will keep tweaking.

It’s worth mentioning that TTK is not just determined by how powerful weapons are. For instance, it’s also related to how fast the game lets you react to being fired at. We’re looking at how fast can you assess a threat and understand from where the fire is coming. Giving you good communication on enemy fire will let you fight back and survive longer. We’re also fine-tuning the amount of camera shake that occurs when you’re hit. If these adjustments aren’t enough, we’ll look at tweaking the damage of weapons.

Other factors affecting TTK (or “Time to Death” in this case) include what game mode you’re in. If you’re defending a sector in Breakthrough, you’ll often experience fire from one direction. Defending the same area in Conquest will present threats from different directions, but on the other hand, this is a mode where you are less likely to run into a higher number of people attacking you simultaneously. The visibility of other players, the new spotting system, and other variables will all need to be tweaked to get a TTK that we and the community are happy with. Finally, as a general tip: observing more, choosing your engagements, and playing as a squad will always keep you alive longer!