The first of the DLC packs for Visceral's Battlefield Hardline is on the way, and it looks like it's going to add night maps, new vehicles and much more. 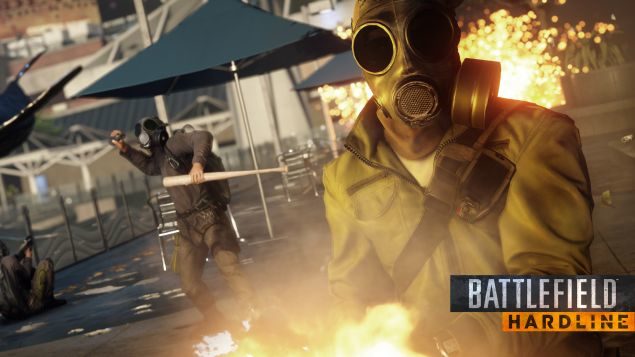 Just like the Battlefield's that came before it, there will be many different DLC packs that'll be released at regular intervals. They'll be free for those that bought the Premium version, but will cost extra for everyone else.

This first DLC pack for Battlefield Hardline is set to launch this summer, and the multiplayer producer, Zach Mumbach, let loose some new details on the Don't Revive Me Bro podcast for us to ponder over.

First of all, there'll be four completely new maps included. And two of those will be night maps, being included due to the positive reception of the Battlefield 4 night mode maps. He also mentioned that more vehicles will make their way into the game. What kind of vehicles wasn't mentioned, however.

Another key topic in the podcast was how Visceral plans on supporting members who didn't opt to purchase the premium version, as many don't feel it's worth the price of admission. Mumbach mentioned that there are indeed plans to ensure that the regular edition buyers well taken care of too. No sense in alienating a large portion of players with content that's only exclusive to those that wanted to pay more.

The DLC/Season Pass system that seems to have become the norm isn't necessarily a horrible idea, so long as it's implemented correctly. If the content can be justified by the price, or the price itself is reasonable, then it can work.

We used to enjoy large expansion packs that we'd pay $20 for that were practically completely separate games, aside from the base game requirement. Now we pay for smaller bits and pieces that seem as if they should have been part of the original game to begin with, concepts that were probably just unfinished at the time of release.

We've moved from large expansion packs to episodic content and now to this, the DLC. Maybe developers and publishers can help themselves by making it worth our while.

What doth thou think of the first DLC for Battlefield Hardline? Will four maps a few vehicles and more explosions be enough to keep you interested?