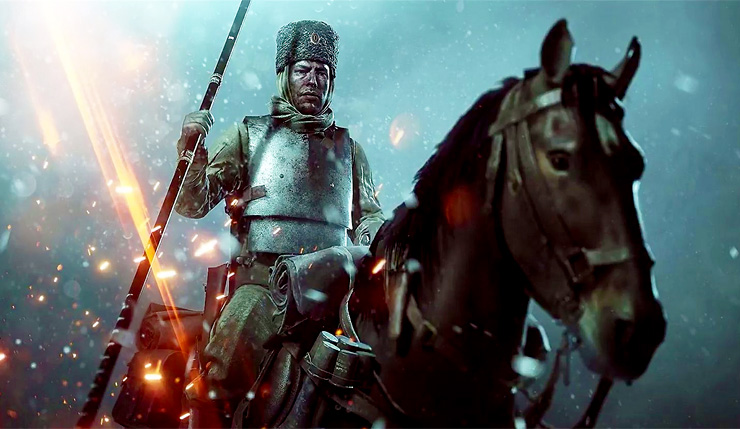 Get ready for another infusion of free Battlefield 1 DLC. Earlier this month, EA made the They Shall Not Pass expansion available for free for a limited time, and now they’re giving away the second Battlefield 1 expansion, In the Name of the Tsar. As before, you get to keep the DLC if you download it during the free promotional period. Will EA eventually offer similar promotions for Turning Tides and Apocalypse, giving away the entire Battlefield 1 season pass one expansion at a time? It seems like that may be the plan. Check out an In the Name of the Tsar trailer, below.

In the Name of the Tsar puts you in command of the Russian Army, as they attempt to defend the most extensive front of World War I. Expect all the usual goodies from the expansion, including:

Join a fast-paced fight for supplies on the Eastern Front as planes airdrop everything needed to outgun and outscore your opponents.

Experience the brutal Brusilov Offensive and fight for Tsaritsyn in Red Tide in two epic Operations.

Ride with the legendary Hussars and charge into battle with new tactical possibilities. Master the all-new lance and evolved horse move set.

In addition to the stuff above, you also get the typical assortment of new weapons, vehicles, and gadgets. In the Name of the Tsar usually costs $15, so this is a deal worth grabbing.

In the Name of the Tsar is available for free through the PlayStation Store, Microsoft Store, and Origin in both the US and Europe. The promotion lasts until May 29.