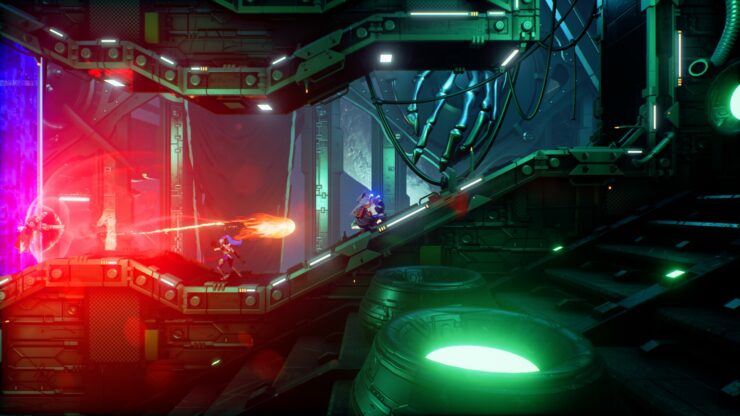 Let's do this, pirates. Dontnod Eleven announced that their online side scrolling shooter, Battlecrew Space Pirates is available on Steam Early Access.

Battlecrew is being referred to as a competitive 2.5D multiplayer shooter. You lead your team in an online assault against other space pirates all over the Milky Way.

Here is a list of what Early Access users will be able to experience this week according to Dontnod:

Oskar Guilbert, CEO of DONTNOD Entertainment, is eager to see what sort of feedback they get during the Early Access phase of development:

It is great to see the indie development team at DONTNOD ELEVEN taking their first step towards a bigger audience and we are excited to see the progress and how player feedback shapes Battlecrew Space Pirates in the coming months in Early Access.

Battlecrew Space Pirates is out now on Steam Early Access. It's currently at a discounted price of $6.99.