The Battle of Jakku DLC for Star Wars Battlefront is finally out in Early Access mode; only customers who pre-ordered the game can access it right now, while everyone else will have to wait for December 8. 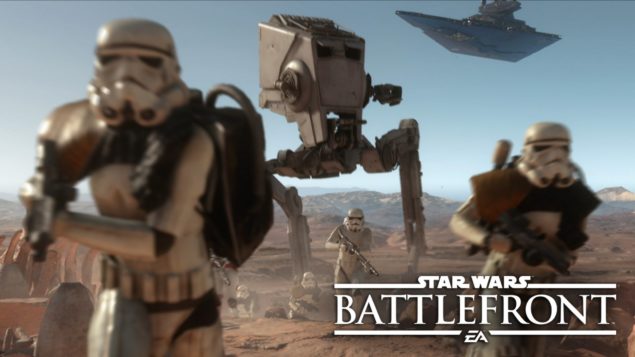 This is the first DLC pack released for Battlefront and it's totally free, as promised by EA Dice. As previously reported, the Battle of Jakku DLC features two new maps and a whole new mode called Turning Point which is a mix of the classic Conquest and Rush modes from Battlefield.

Moreover, this battle takes place just one year after the Battle of Endor in the events of Star Wars, setting up the stage for the upcoming Star Wars VII: The Force Awakens movie where characters will stumble upon the same battlefield, only 29 years later.

Electronic Arts also recently confirmed that the Battle of Jakku DLC won't be the only free one. Aside from the paid Season Pass content, owners of the game were promised more free maps and Star Cards in the future.

As for this DLC, you can take a look at it from the developer livestream embedded below (actual gameplay begins around 20:00). Dice also pushed a new patch (1.03) for Star Wars Battlefront, sized at around 300mb and bringing the following changes: