Battle For the Next CEO At AMD? Company Annouces New Restructuring Plans As Well As Promotions

This week, chipmaker AMD announced some major company changes and restructuring plans. This includes consolidation of several business units as well as executive promotions and shuffling. The goal, according to the official press release is to deliver constant growth and profitability. The company aims to achieve this by combining previously separate business units into one unit. This will enable the manufacturer to cater to a single market oriented approach for all aspects of strategy, product execution, sales and operations. 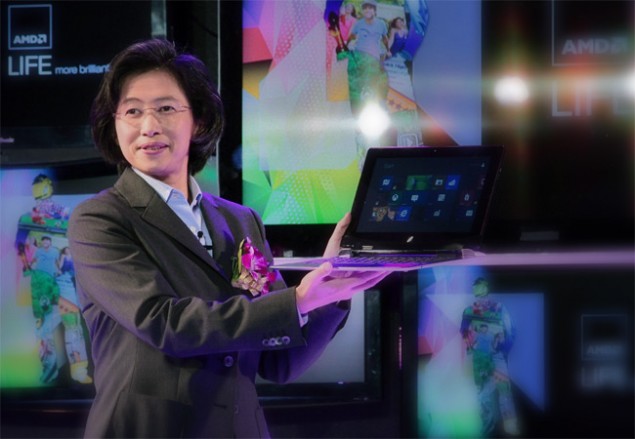 The first major move announced by the company is the appointment of Dr. Lisa Su as the latest Chief Operating Officer of the company. It should be kept in mind that this position has been vacant for quite a while (2011) at AMD. Dr. Su joined AMD in 2012 as a senior vice president and general manager of the company's Global Business Units division. The Global Business Units division is responsible for the company's product strategy, definition and overall business plans.  “Lisa has been a driving force in AMD’s recent success, and as COO she will expand on this foundation and lead a broader organization designed to more quickly adapt to industry shifts, streamline execution and decision making, and create even greater value for our customers,” said chief executive Rory Read.

Now coming towards department consolidation at the company. AMD is to now have a Computing and Graphics Business group as well as an Enterprise, Embedded and Semi-Custom Business group. This separates the professional and consumer graphics divisions as well as consumer processors and server processors. The Computing and Graphics Business group combines AMD's client, consumer graphics and professional graphics business. It is to be led by John Byrne, now AMD's former Chief Sales Officer. "John's years of PC industry experience and successful track record of strengthening AMD's customer relationships make him ideally suited to take on additional responsibility and lead one of our new business groups," said Read. Mr. Byrne will directly report to Dr. Su, who will continue to report to CEO Mr. Read.

The Enterprise, Embedded and Semi-Custom Business Group "will combine AMD's server, embedded, dense server and semi-custom businesses, as well as their related product engineering and sales functions." Dr. Su will act as the current lead of this group. This will be in addition to her new role as the Chief Operating Officer. What it looks like to us here at wccftech is that the race for the next CEO at AMD is now officially on, with John Byrne and Dr. Lisa Su being the frontrunners. Both the contenders have a great amount of industry experience. Dr. Su has an extensive work experience with IBM, where she spent 13 years in various positions. In addition to this, she was also at the forefront of the company's multimillion dollar acquisition of SeaMicro just a month after her hiring. John Byrne on the other hand has spent seven years working at AMD. During his tenure as CSO Byrne has been responsible for AMD's global sales and management and co-ordination of the manufacturer's computing and graphics processor global sales teams.

Both Dr. Su and Mr. Byrne have been given separate divisions and seems that it is now up to them to demonstrate their strengths and potential as the company's next CEO. All we can say here is that both are strong candidates who possess the potential to make AMD more successful. The appointment it seems will be based on merit, and we'll most certainly find out who wins in a couple of years. Until then, sit tight folks, and hope that both Mr. Byrne and Dr. Su continue to deliver the quality of products we have come to expect from AMD. Cheers!