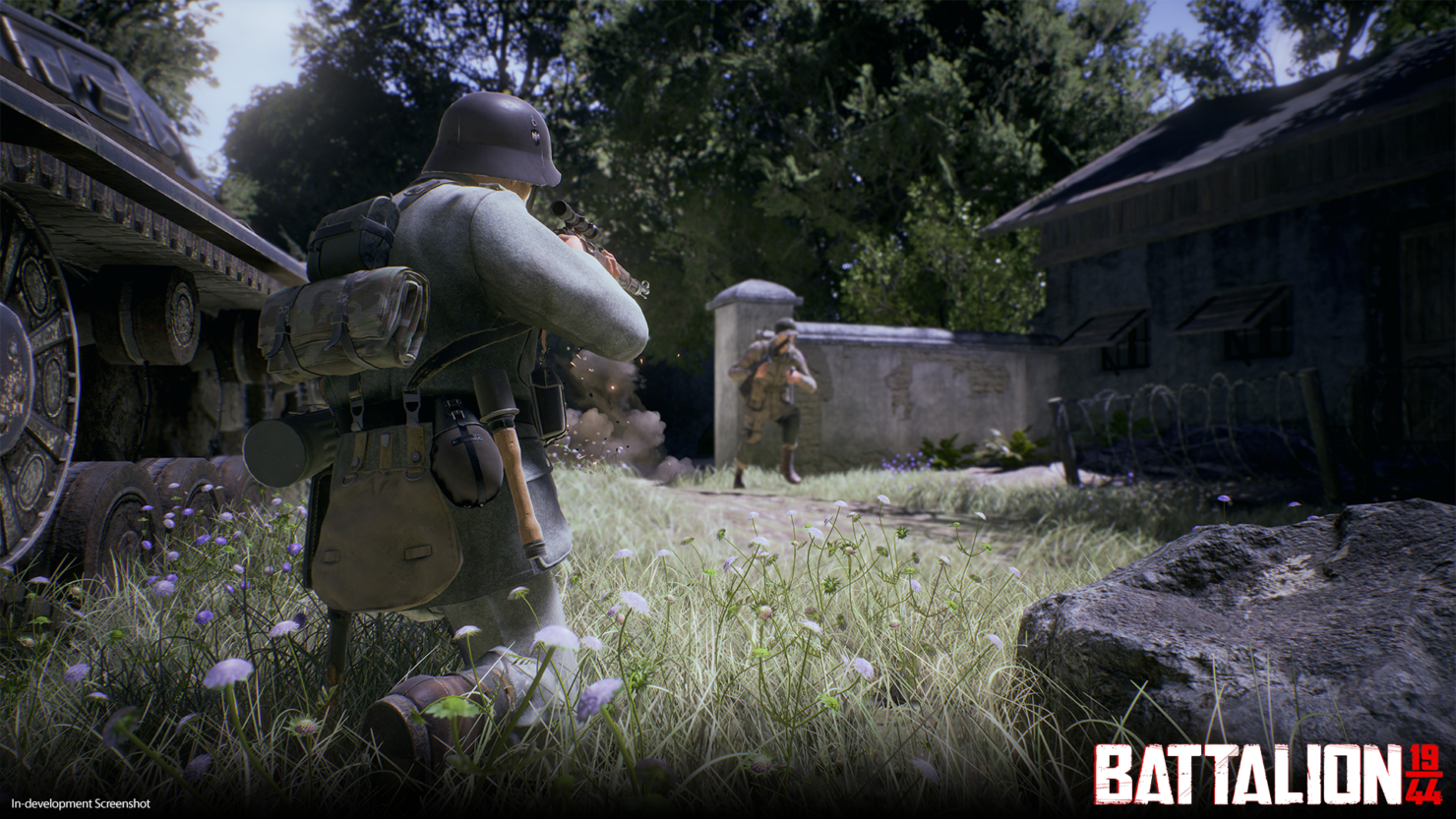 Battalion 1944 is looking to capture the essence of classic first-person multiplayer action. Bulkhead Interactive is coming off the success of their sci-fi puzzle game, The Turing Test. The video below goes into detail as to why Bulkhead ultimately decided to work with Square Enix Collective who also published The Turing Test.

From having partnered with Bulkhead before on the hugely successful The Turing Test, we know they’re a very talented studio making great games. We trust Joe and the team as we know what they’re capable of and we see them actively listening to their community. Our relationship is built on a foundation of minimum publisher interference with maximum support where needed. We’ll help nurture and grow the community while Bulkhead can focus on crafting a fantastic FPS experience with Battalion 1944.

We received some strong offers from other very big publishers on Battalion 1944. But ultimately, the one team that really stood out for us was Square Enix Collective”, Why? Because they published our previous game, The Turing Test on PC, so we've gotten to know them well and that means we know how they work. Crucially, we know that the relationship will be based on trust; and that's something which works both ways.

On the one hand, we know that Phil and the team will come to us with suggestions or ideas but they'll leave us to make the creative decisions. On the other hand, from past experience we know they'll trust us (as FPS players) to make those decisions in the best interests of the game and its community and that we'll keep our heads down, work hard, and design the best game possible. Not only that - and it shouldn't be assumed even now - but the deal enables us to keep all IP rights to Battalion, and it was exactly the same thing with The Turing Test. So what Collective is doing is helping us build a sustainable business.

Battalion 1944 is coming to PC, Playstation 4, and Xbox One and is just wrapping up their Closed Alpha.